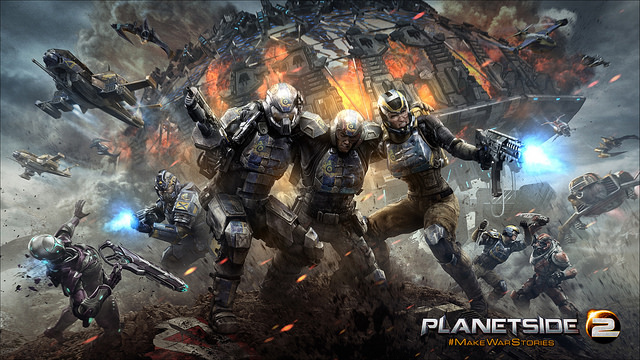 Sony Online Entertainment’s massive free-to-play online shooter PlanetSide 2 is coming to the PlayStation 4 soon and we’re getting our first in-depth look next week during E3.

But to kick things off, the studio has launched a new trailer, new key art, and said a few words in a recent PS Blog update. 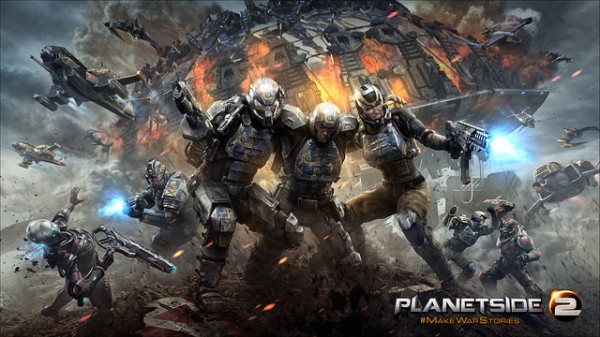 “One of the best things about working on a game like PlanetSide 2 is that it’s a living, evolving game that’s constantly being updated and improved upon,” wrote creative director Matt Higby.

He went on to outline some of the upcoming content the studio has in the works: “In addition to work being done for PS4, the team is working on a lot of content and game systems enhancements to the live game. Some of the biggest features we’re excited to deliver in the next few months are: Hossin, our fourth full 64sqkm continent, an advanced achievement system called Directives, player-driven continent conquest/locking, and expansions to our game’s Outfits systems.

“The best part? These new features will be implemented on both the PC and PS4 versions of the game, and new features and content will continually be added to the game for years to come. And did I mention, all this for a free-to-play title out of the gate — no PlayStation Plus required.”

Anxious to see more at E3?

Battlefield Hardline in Development for Over 2 Years, Says Creative Director