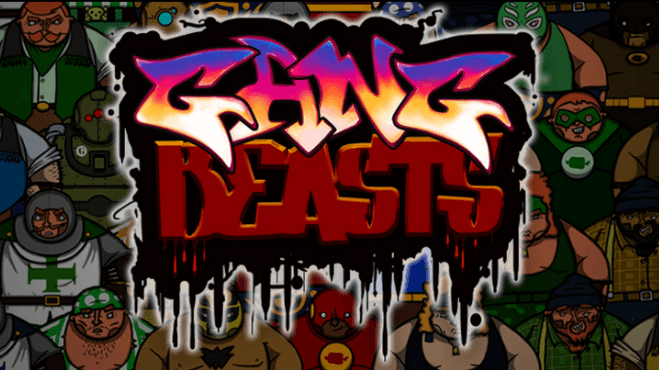 Gang Beasts is a four-player brawler in development at Boneloaf studios that you should definitely check out.

Imagine four Teletubbies punching, grabbing, and wrestling each other on top of a moving truck, or throwing each other into a pit of fire. That’s essentially Gang Beasts in a nutshell. Throw in some ridiculous physics, and you’ve got a brawler that’s hilarious to watch, and looks like a blast to play with three other buddies.

The game has only been in development for a few months in a studio made up of only three – soon-to-be-four – developers.

“We felt we could build a company off the back of this game,” James Brown told VG247. “People have been offering to support us through donations or offering to buy it. We’ve had a few comments from people saying, ‘take my money’ [laughs]. We’ve had close to 150,000 downloads of the game, obviously it’s free at the moment and there’s a number of people who have downloaded all three builds, because there’s been variations of the content in them. So only a small percentage of that might be people willing to pay for the game, but that might be enough to fund the rest of development.”

Boneloaf hopes to eventually release Gang Beasts on PC, Mac, Linux, Android, PlayStation 4, Xbox One, and Wii U. It was recently Greenlit on Steam.

Watch the videos and let us know what you think.