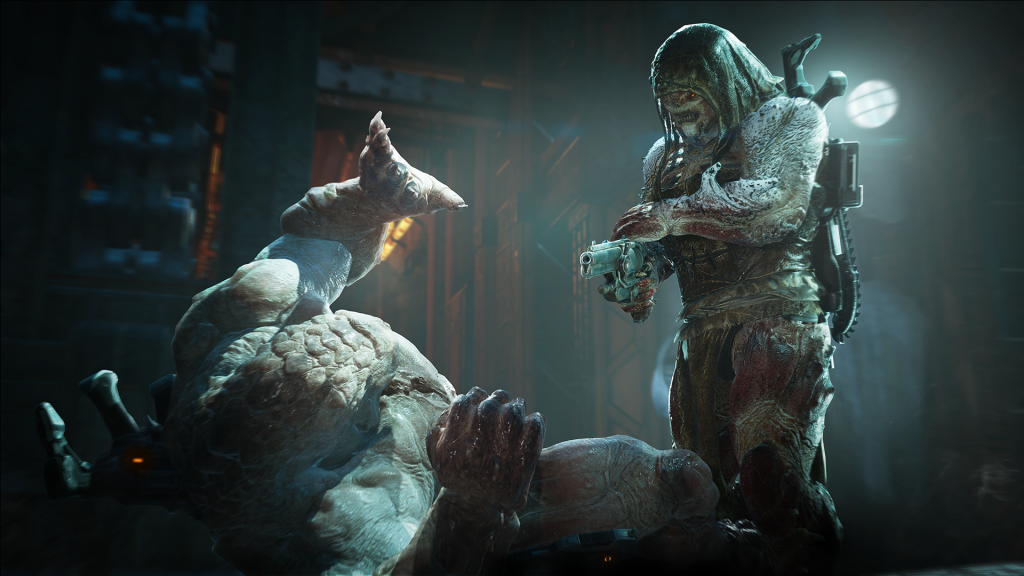 Heads up, Gears fans! The Coalition is set to launch Gears 5 Operation 3 tomorrow, and along with the new Achievements, and content, there’s a load of gameplay changes too! This is called TU5 Title Update 5) for those keeping track. Check out the Gears 5 Operation 3 patch notes ahead of the launch!

According to The Coalition, the big Gears 5 TU5 patch will be out at 2 a.m. PT on March 31, though the majority of the content in Operation 3 won’t appear until the live deployment time scheduled at 7 a.m. PT.

The 50 wave experience you know and love packed into 12 intense waves – Horde Frenzy is back! Released just a few short weeks ago, Horde Frenzy is a 30 minute version of Horde that lets you play your favorite mode in bitesize format!

Beginning in Operation 3, all maps are now available in Horde Frenzy matchmaking. We’re working on bringing Horde Frenzy to Custom Lobbies as soon as we can too.

Since launch, we’ve been building a picture on the future of Horde based on your feedback and our experience as players.

Our goal with these changes is simple – up the fun factor as we mentioned before, reduce some of the friction in Horde and solve balancing with mostly buffs to players rather than nerfs.

*Note: There are some Escape specific weapon tuning changes that will be included in our full Update notes. All notes below also apply to Escape.

Notes: Baird’s ultimate was a little underwhelming, and it was usually a better idea to continue benefiting from the effects of Bloody Support (bleeding damage when ultimate ready) than to send out the DR-1. Now the DR-1 will provide a burst of damage and protection that is valuable to the team.

Notes: Healing Module could create some awesome moments, but the strength of the card wasn’t in the right place. This change should now offer Keegan the potential to save the team in chaotic situations.

Notes: Mac doesn’t get a lot of opportunities to use his shield, so the precious time he has with it was usually better spent protecting himself while using Bloody Shot. Mac should now feel more comfortable using it in a wider variety of situations, because he’ll get to use it more often.

Reducing the delay on Lethal Barrier prevents quick enemies like Juvies and Leeches from slipping through the shield without taking damage. This also increases the DPS of the card, making it a more viable option.

Notes: Fahz already had an initial round of buffs, but we wanted to push a little further.

Explosive Critical Hit is already difficult to use, because Fahz needs to time his kill when two enemies are very close together. Needing to also time this with his Ultimate was making this card difficult to get value out of.

We’ve completely changed the behavior of Icy Precision, because we felt the value in the previous iteration just wasn’t where it needed to be. The new version should make Fahz a formidable boss killer, and an especially strong counter to the Matriarch.

Notes: JD is very strong in the meta right now, but we know that players are having a lot of fun playing as him. So instead of nerfing the damage, we’ve added a bit of a ramp-up to when JD can achieve his highest damage potential.

Notes: We feel like Lizzie is in a pretty good place, but there wasn’t a lot of room to play with different weapon combinations because the Trishot and Mulcher were usually the best option. We’ve bumped up the other weapons to make them more effective.

Notes: Although some players had found ways to use Blood Drain effectively (and we applaud you) we felt that it wasn’t particularly intuitive to play. The extra ultimate time Kait can now achieve should help give a little more time to return to safety before the Cloak expires.

We’ve resolved a bug where a single pellet would deal the bleeding damage of a full spread when using Laceration. The amount of bleed damage is now based on the amount of pellets hit, but the maximum damage potential is unchanged.

Notes: Helpful Headshots is a cool card in theory, but it was difficult to get consistent value out of it. These changes will help COG Gear keep the team alive longer and fulfill the medic role a little better.

Notes: This change is paired with the increase in power gained from Power Taps.

Jack is clearly the best option when it comes to the amount of power he can generate. This change should take some of the pressure off of Jack to collect all of the power the team needs, and encourage a more well-rounded strategy.

Operation 3 includes 32 new achievements to earn offering up a grand total of 290 Gamescore.

Sampler (5) – Complete a Match of Free For All, Arcade Blitz and Gridiron

Paydirt (5G) – Score a Touchdown with the Flag in Gridiron

Come From Behind (10G) – Be 10 kills behind the leader of a Free For All round, then come back to win

HordeBusters (10G) – Complete 50 Waves of Horde with Mac, Keegan and Lahni in your squad

If you want to check out the new character challenges and bundles, head on over here.

Once the patch is live, we’ll let our readers know.