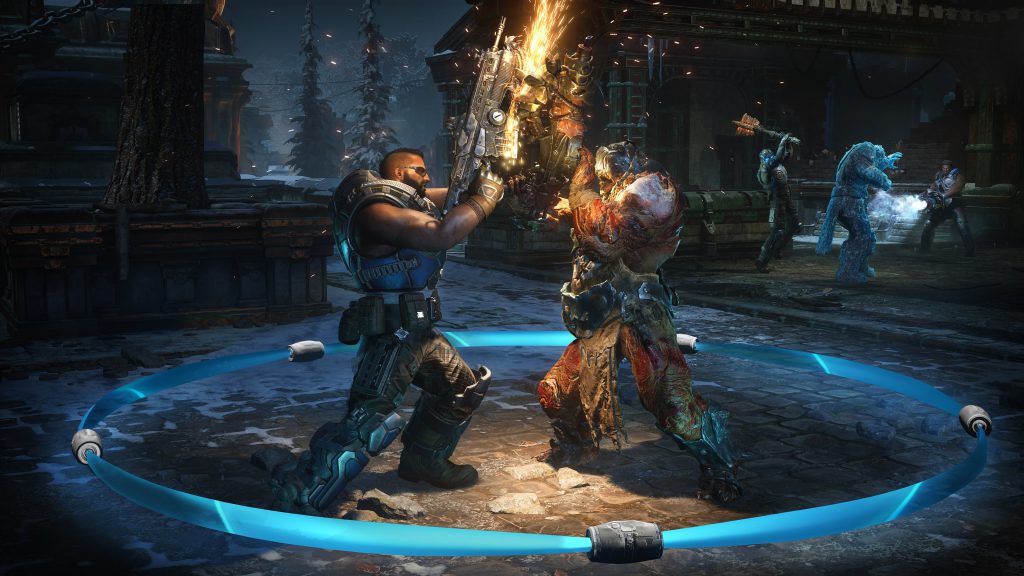 Tired of Season Passes and loot boxes and the like? Well, add Gears 5 to the list of games doing away with such annoyances! The Coalition has announced today that there won’t be such a thing as a Gears 5 Season Pass, or any Gears Pack of any kind!

Over on the official Gears 5 website, the announcement was made with a tl;dr summary:

TL:DR: Gear Packs are gone. So is Season Pass. You can earn exclusive customization.

Earning content in Gears is something we know many of you care deeply about. You’ve asked and we’ve listened.

In Gears 5, our goal is to create a player-first experience when it comes to in-game content, and it starts with this:

The Coalition is introducing a new system called “Tour of Duty” in Gears 5. Players will take on Daily Challenges and seasonal Medals to rank up, and earn customization content, which includes character skins. It’s mentioned that each path to each piece of content that can be earned is clear. And before anyone asks, there won’t be any premium pay-only content for Tour of Duty.

Given how this will have season Medals and whatnot, players can expect Tour of Duty to run in a seasonal format, which is the norm in most multiplayer games these days. Expect new challenges, rewards and more in each season.

The Coalition has also announced the Supply Drops — and before any Call of Duty fan riots, it’s not the same as in COD! In Gears 5, Supply Drops can be earned by every minute gamers play (across every multiplayer mode) that contributes towards a random item drop from a unique pool which the devs call “Supply.”

If players get a duplicate card, it’ll automatically be turned into Scrap, which can then be spent on crafting Supply items or character skills you want to upgrade.

With the free stuff out of the way, here’s how Gears 5 will feature microtransactions.

In Gears 5, players can earn exclusive customization content that can be bought with premium in-game currency called “Iron,” which, if course, can be bought with real-world money. Players will also earn a limited amount of Iron through each Tour of Duty that they can spend in the in-game store.

Thankfully, the in-game store won’t feature loot boxes, or anything random of the sort. Each content found in the store is a direct purchase, meaning what you see is what you get. There will also be nothing in the store that can give a player a competitive advantage in multiplayer.

Finally, The Coalition will also introduce Boosts, which are optional boosts (duh!) that can provide accelerated progression. Here’s what Boosts will ofer:

Well, there you have it. Overall, it’s not bad, right? While we can’t escape microtransactions in AAA games, at least The Coalition is doing it rather tastefully, and making sure every player earns something even when they’re not open to spending real-world money.

Gears 5 will launch this September 10 exclusively on the Xbox One. Watch the latest trailer of i right here.