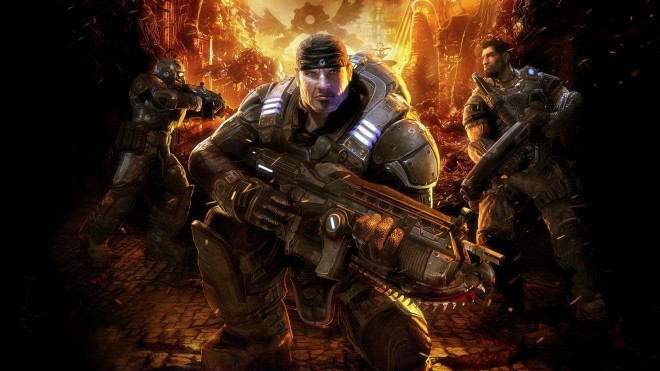 Continuing with Xbox Live’s “Games With Gold” 2-free-games-per-month promotion, a classic third-person shooter from Epic Games that defined the genre and an action-packed team-carnage side-scroller from Demiurge Studios arrive on Xbox Live this December, free for Gold subscribers.

Like Halo 3 last month, Gears of War is a classic Xbox 360 exclusive and is the spring board from which the popular chainsaw-revving, blood spilling, cover-to-cover, third-person shooting series began. It’s a great grab for anyone looking for a nostalgic blast from the not-so-distant past. Shoot Many Robots is also a solid choice for co-op buddies looking for a retro action title that keeps things stupidly simple.