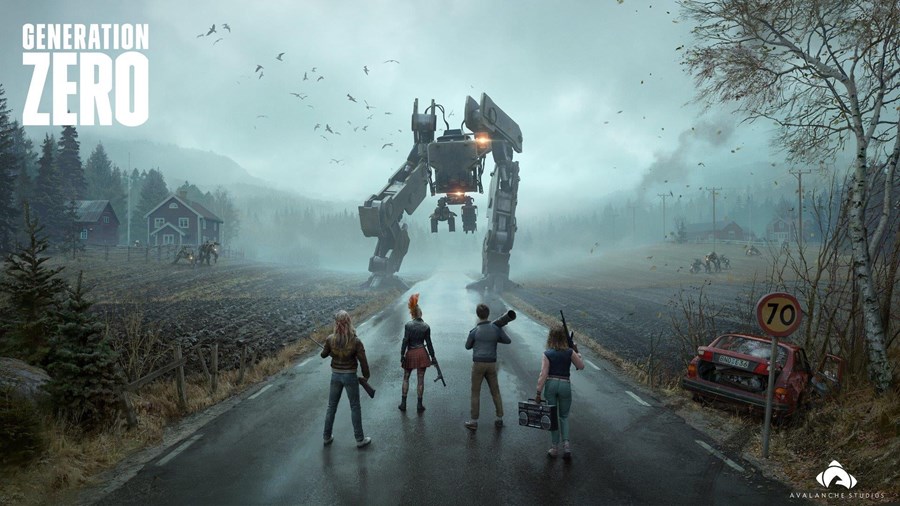 Avalanche Studios has released the first Generation Zero patch of 2021! The Generation Zero update 1.23 February 16 includes the “Avalanche Apex Connect” system for players, Assignments, and a host of bug fixes and changes.

We have a player account system that we’re rolling out that is completely optional to your experience. Specifically, we have 3 different ways in which you can interact with this system:

Opting Out – Having an Avalanche Apex Connect account is not required to play Generation Zero, but you won’t be able to utilize Assignments
Limited Account – With a Limited Account, you’ll be able to access our new Assignments system and are not required to provide an email address. Engaging with the Assignments system requires you to be online.
Full Account – A Full Account grants you access to the Assignments system and gives you our new Cyberpunk outfit. You will need to be logged in / online to keep access to both of these. With this account we do ask for your email address, so we can verify you as a player and contact you later with game news and other potential benefits down the road.

Assignments are repeatable missions that refresh periodically so you can earn rewards – like ammo, crafting materials, etc. This is another way for you to get resources while you play! Again, this does require you to be online, however, as this system is driven by our backend services.

Your feedback on what works well, what doesn’t, and what you’d like to see will directly impact where we take this in the future – so do let us know!

In an effort to improve how we handle game saves, particularly when things go bad and your save game gets corrupted, we have changed the flow of game saves.

We hope this change improves the likelihood that you’ll be able to recover from a bad save, even if it means you may lose a bit of playtime. Please let us know if you continue to encounter problems so that we can keep looking for ways to improve the system!

Our continued efforts to revamp the game world have moved into the North Eastern part of the Farmlands region. Just like in the past, we’ve given the area a facelift and made it look more lived in to help provide that sense of a fuller, more robust world.

That said, just general updates don’t do it justice. There are some rather interesting things to take note of in this area. As we look towards what else may be happening in Östertörn, this region of the map holds some clues to provide more of that world context.

We’re highlighting a few issues below that we know are pain points so that you know we are investigating them. There are definitely more than are listed here that we’re looking into.