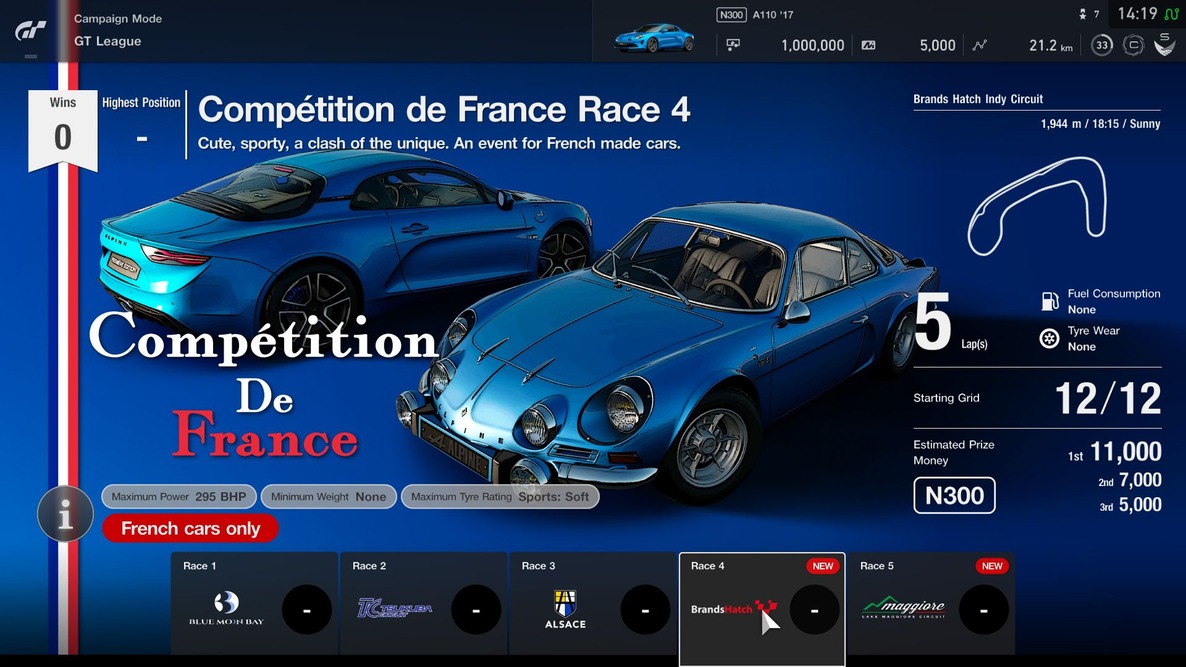 Polyphony’s excellent support for Gran Turismo Sport continues today with the racing game’s big April patch! GT Sport 1.38 update is already out, and we have the complete details. Clocking in at 1.75GB, there’s a slew of new cars, new balance tweaks and more packed into it.

Check out the trailer for GT Sport 1.38 update, and the patch notes below.

The contents of the update are as follows:

– Optimizations have been performed on some of the already included tracks

– The following events have been added to “GT League”: * Compétition de France Rounds 6 and 7 * Tourist Trophy Rounds 4 and 5 * Group 1 Cup Rounds 4 and 5

– Added Embrace the natural beauty of Oceania in the specially featured section.

– Renault has been added to the European Region

※1：The DRS does not operate all the time when the overtake button is activated, with the operational parameters differing for each car model.

– We have corrected an issue where opponents’ cars were still colliding when they are semi-transparent.

– We have changed the settings so that the tire stickers on the Dallara SF19 Super Formula can be changed. In addition to the standard sticker, it is possible to select from 6 tire brands. (In the 6 types, there is also a setting for no sticker label)

– Added a [Ghost Setting] to allow the switching of the ghost display in the quick menu. It is possible to individually turn on or off the loaded ghost and your own ghost with the best time.

– Corrected an issue where the music tracks would not shuffle correctly.

– Corrected an issue where the milestone would not be completed even when the campaign mode achievement is at 100%.

Other minor corrections and stability improvements have been performed.

The BoP (Balance of Performance) of the following cars has been adjusted:

While there’s no new track this month, there’s still enough tweaks and new stuff that it’s leagues better than what we get from other titles.