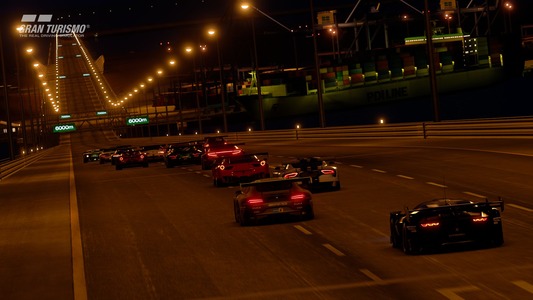 As expected, Polyphony Digital has released the Gran Turismo Sport January update today, and it’s full of new stuff! GT Sport update tooday is filenamed 1.32, and clocks in at 1.7GB, and the full patch notes are below.

The “Special Stage Route X” track has been added. (Please note this track does not support Drift Trials.)

“Tokyo Expressway – South Inner Loop” has been added to the Circuit Experience.

“CAMBRIDGE – A city of cutting-edge science” has been added to the special featured section.

Museum has been added to “TVR”.

A ‘Low Fuel’ indicator will now be shown when approaching the pit area. (This indicator can be toggled ON/OFF from the the Driving Options.)

8. Physics Simulation Model * The handling behaviour of the cars have been adjusted; * With this update of car’s physics simulation model, the rankings of “Driving School”, “Mission Challenge”, and “Circuit Experience” have been reset. (This will not affect a player’s level progression).