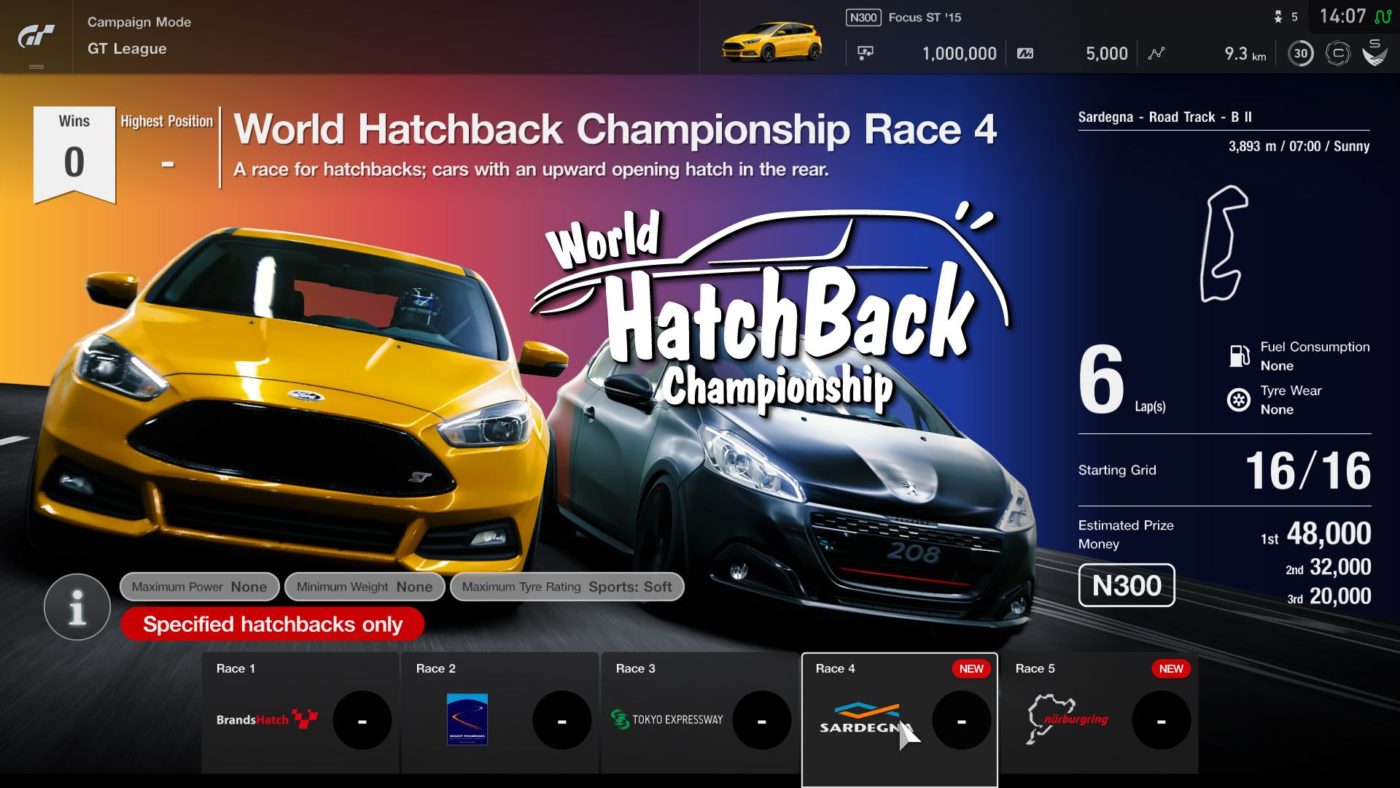 It’s another end of the month, and that means a new Gran Turismo Sport update has been released by Polyphony Digital. GT Sport update version 1.41 is now out, and and it clocks in at just 843MB.

– “Sardegna – Road Track – A” has been added to the Circuit Experience.

– “Open Spaces – Arrange your own scenes” has been added to the special featured section.

– ‘Time Trial’ has been added to ‘Sport’ mode. Various events will be hosted within the Time Trial section.

– The behaviour of a car that would spin after hitting a kerbstone during an Autodrive rolling start have been corrected.

– Added “Practice/Qualifier/Race” and “Practice/Qualifier/Endurance Race” in the Room Mode of Basic Settings. When these room modes are selected, a Qualifying Time Trial will be held before races. “Qualifier Settings” will also appear within the Event Settings. (After completing the Qualifier, the game will automatically transition to the race screen.)

– Fixed an issue in ‘Sport’ mode where helmets and racing suits with custom liveries were not displayed properly in the Nations Cup and the Manufacturer Series.
– A penalty reason message will now be displayed when receiving penalties.
– Fixed the default transmission settings for the Toyota Tundra TRD Pro ’19 (from “Manual” to “Automatic’.)
– Fixed an issue wherein under certain conditions a car would continue to accelerate when in the N gear position in Full Manual Mode.
– “Tyre Wear” parameters and intensity of the slipstream under “Real” settings have been adjusted.
– Various other issues have been addressed.

Make sure to keep an eye out for the last week of August for GT Sport’s monthly update.

Responsible Gambling and Self Exclusion: How to Play Responsibly