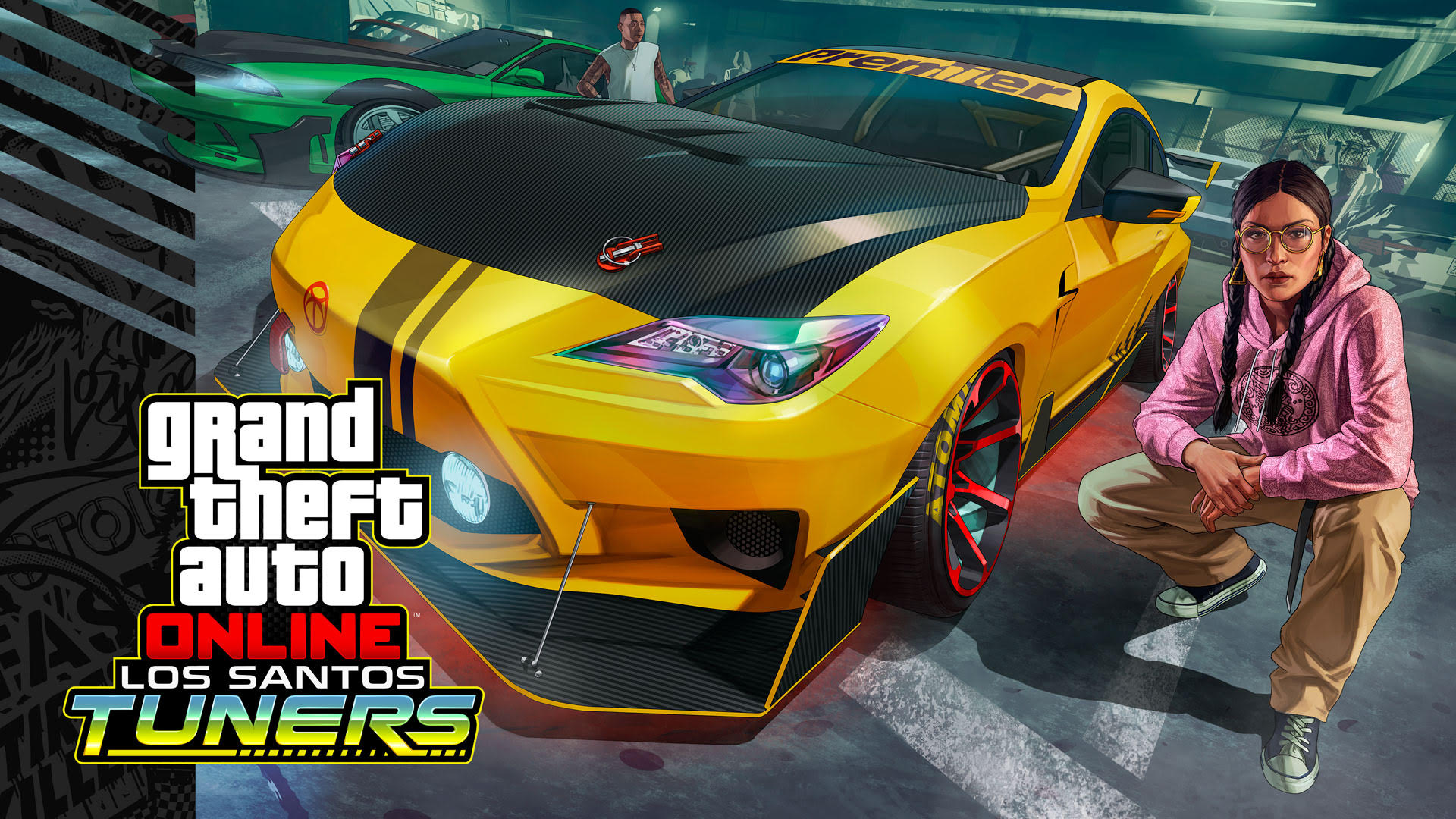 As expected, Rockstar Games has released the GTA Online  update 1.38 July 20 patch, which brings the GTA Online “Los Santos Tuners” content drop! This Grand Theft Auto 5 update is live now on all platforms. Note that for other regions, this shows up as GTA Online update 1.35.

For now, Rockstar has not released the official list of changes, but they did releease the new content incoming today, which can be seen below.

Los Santos Tuners delivers an action-packed new update for all fans of GTA Online, featuring the LS Car Meet, a brand new club and social space for players to get together and show off their customized personal vehicles, test new cars with friends on a private track, watch others mod their cars in real time, and more player-requested features, plus 10 new highly customizable cars in a range of tuner-inspired styles, a new Auto Shop property, six epic new robbery-style Contracts, new races, a host of new quality of life updates, and much more.

In a run-down warehouse in Cypress Flats, Mimi runs the LS Car Meet. For a cool 50k, you can become a member with access to hundreds of ranks of unlockable clothing, new race modes, new wheels and liveries, Trade Prices, and special contacts for assistance in final Contract jobs.

You’ll also get access to the Test Track, where you can push the limits of your own vehicle or any of the three cars available for Test Rides. With the launch of Los Santos Tuners, you can try out the Karin Calico GTF, the Annis Euros, and you can also get a hands-on preview of the Pfister Comet S2 that is hitting Legendary Motorsport next week.

Members also get access to six new kinds of Races, a shared Mod Shop for customizing your vehicles and watching others as they modify, the Merch Shop and the Prize Ride: your chance at weekly Challenges to win the vehicle perched atop the Vapid Slamtruck.

The LS Car Meet is just the beginning — the connections you’ll make there will open doors to a range of new options for action and quick cash. Moodymann may be a performer with incredible talents behind the decks at The Music Locker, but Kenny aka KDJ also loves his cars, and together with his partner in crime Sessanta, they are looking to make some serious money by sticking up high-value targets.

All you need to gain access to their network is an Auto Shop: talk to KDJ and Sessanta at the LS Car Meet and find out how to invest in one via the Maze Bank Foreclosures site. While your Auto Shop can be a legitimate business, modifying rides to spec and delivering them to clientele across the city, the property can also serve as a base of operations to run Contracts.

Contracts bring access to the big jobs: take on the IAA, Merryweather, and more, each consisting of Planning Works and final jobs, and all are playable solo or with a team of up to three other players.  A precisely modified whip — built to your needs, wants, and specifications — will be an invaluable asset on these missions.

Your Auto Shop also gives you a showroom-quality, 10-car garage, a modification bay for your personal vehicles and for friends, access to Exotic Exports — a daily list for extracurricular work recovering vehicles throughout the city, plus optional upgrades like drivers to help with vehicle deliveries, a car lift to increase capacity for your modification business, living quarters, and more.

Los Santos Tuners also brings some changes to your radio dial, plus some new ways to find and listen to music as you cruise the streets — simply hunt down a series of collectible media sticks containing new music ready to be played in your car.

Track down Moodymann’s media stick to discover an epic summertime mix of classic cuts and exclusives including features from Nez, Channel Tres, Gangsta Boo and Jessie Johnson from Prince’s legendary band, The Time, perfect for cruising the city or playing at your next BBQ.

Today’s launch also includes a drop of 10 new highly modifiable vehicles, both domestic and imported, in a range of classes:

We’ve update the post with the details from the press release.