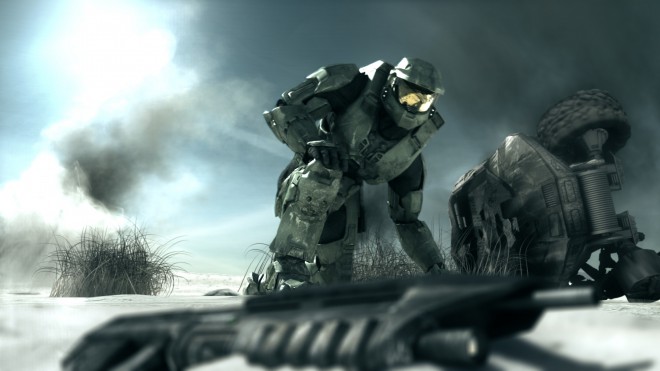 Thought you knew everything there was to know about the most popular Halo game to grace the Xbox 360? Seven years since launch, and we’re still discovering Easter Eggs that have been cleverly hidden in Halo 3 that developer Bungie has kept secret for all this time.

The hunt for the just-discovered secret began shortly after Bungie opened up their “Bungie Mail Sack,” a weekly Q&A session between developers and fans, back when the studio handed their Halo IP over to 343. One week, the studio was asked if they were surprised at how quickly or how long it took gamers to discover past Easter Eggs in their games. Here’s the answer fans got: “Definitely the IWHBYD skull in H3. But you cheated. There is one Easter egg in Halo 3 that I don’t think anyone has found – I stumbled across it in code a while back. It only happens on a specific day…so good luck.”

Later, when one developer was asked about his proudest moment during his time at Bungie, he answered, “Showing my wife the Easter egg I put in the halo 3 loading screen for her – the one that nobody has found yet.”

Yesterday, YouTuber Lord Zedd discovered a neat little trick whereby changing the date on an Xbox 360 to December 25 would allow the user to zoom out of Halo 3’s loading screen when holding down both thumb sticks at the same time, providing a full view of a digitalized Halo ring. It’s significance was unknown until earlier today when, upon closer inspection, Lord Zedd, Nowise10, LeGiiTXSLaYeR, and the folks over at TeamBeyond spotted the message, “Happy Birthday, Lauren!”

You can see it here, courtesy of TeamBeyond:

Bungie is no stranger to Easter Eggs. The studio even managed to throw a hint about their then unannounced new IP, Destiny, in Halo 3: ODST back in 2008, which was only discovered in 2012.

Now, development on Destiny is in full swing as the studio is preparing to not only launch the game on September 9, but a Beta this July 17 as well.

So, have we found all of the Easter Eggs in previous Halo games? It’s hard to say. But what we can say is, good game, Bungie, and Happy Birthday, Lauren!