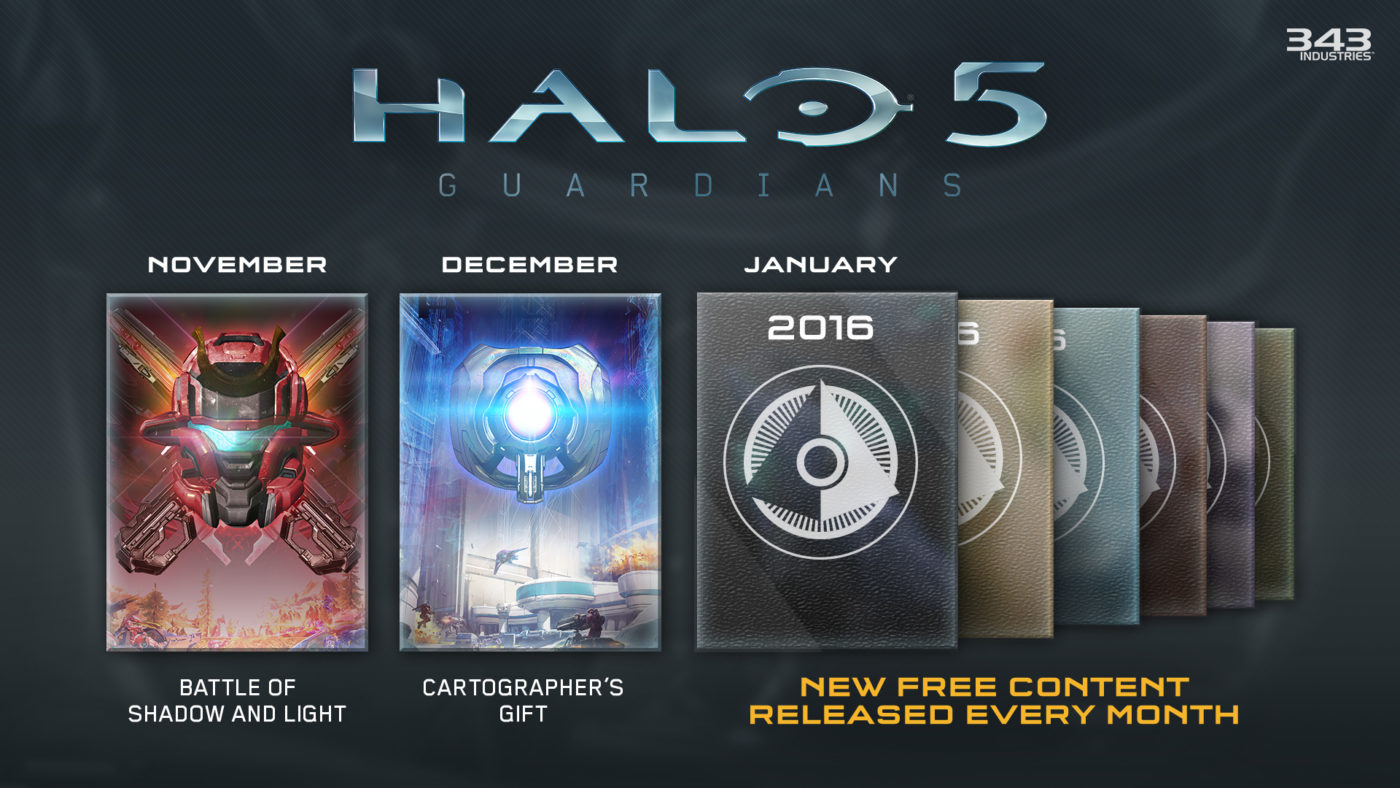 Check out the December teaser below.

The studio also shared news regarding the upcoming Halo Championship Series, announcing that the prize-pool for the Halo World Championship has now reached over $2,000,000 with the help of crowd-funding through sales of REQ packs.

Special HCS-themed REQ packs went on sale earlier today in the in-game store and on Halo Waypoint. If you’re interested, get ’em quick, as they’re only on sale until the end of Sunday, December 6.