by David Veselka
in Features, News

Halo 5: Guardians‘ Xbox One beta trailer that debuted during Microsoft’s E3 2014 media briefing wasn’t particularly revealing, but there were a few things to pick up on if you were paying attention or looked deeper into what was being presented.

Clearly, the trailer wasn’t built on in-game assets, meaning we can’t quite take it as literally as we’d like, but that doesn’t necessarily mean Halo developer 343 Industries were trying to hide anything. In fact, the footage might have given us all we need to determine the studio’s vision for the future of Halo multiplayer.

I believe the first caption presented in the trailer, “Next Generation Arena Multiplayer,” is of significant importance. I think it’s 343’s way of telling us that they are embracing the roots of Halo multiplayer. 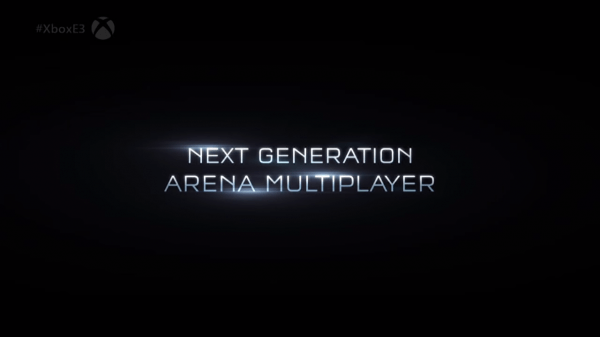 Halo has always been an “arena” shooter at heart, but I’ve never quite heard it marketed that way. It’s also hard to ignore some of the more modern first-person shooter mechanics that have snuck their way into some of the more recent Halo titles, like the ability to sprint, for example.

What I think 343 is trying to tell us here is that they understand you don’t want Halo to become Call of Duty or Battlefield. Halo has it’s own legacy, and one that it can be damn proud of. Look at the arena presented below. This tells me 343 has heard loud and clear that players enjoy the more symmetrical arena-based map designs, though it clearly depicts similarities to some of the smaller and more popular arena maps included in Halo 4’s Majestic Map Pack. It looks like 343 intends to highlight the traditional arena multiplayer experience with the aesthetics of Halo 4’s art design.

Also, with Halo 4, 343 did experiment with upping the pace of gameplay, so I wouldn’t be surprised if Halo 5: Guardian’s multiplayer also adopted a faster pace and perhaps even increased movement speed. But that’s just speculation.

The map presented in the trailer is noticeably small in size, but I don’t think 343 will be giving up larger maps layouts and vehicle gameplay any time soon. This is just the studio saying, ‘Hey. We know want you want and it will be a focus for Halo 5: Guardians multiplayer.’ 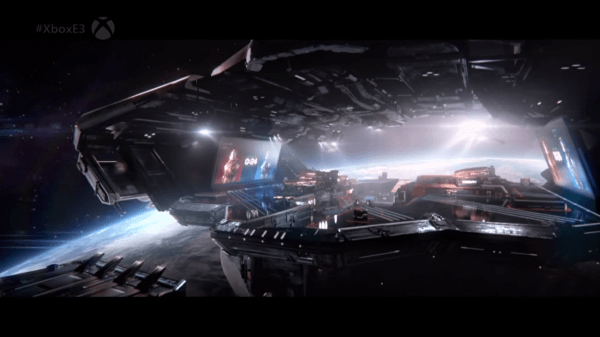 343 is also taking Halo multiplayer to the next level with a two times increase in frames per second, which should ultimately provide a much smoother experience and more responsive controls. Dedicated servers, likely on hosted by Microsoft’s global server database, should also prove best for the game’s online experience. Better connections also lead to more accurate weapon tuning. 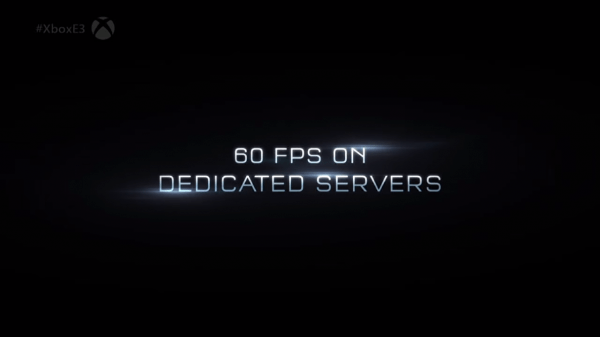 Spartans are sporting a new look. You’ll likely be able to customize yours to your hearts content, but here’s what the default armor set-up might look like.

You’ll notice that each Spartan is numbered (displayed on their helmet) which suggests Halo 5: Guardian’s multiplayer will once again act as a training grounds or even a sporting event for the latest wave of Spartans in training. Like Halo 4, we’re certain 343 will ensure multiplayer somehow fits into the fiction.

Note that you can also make out the return of the Assault Rifle and Magnum in some of the images below. 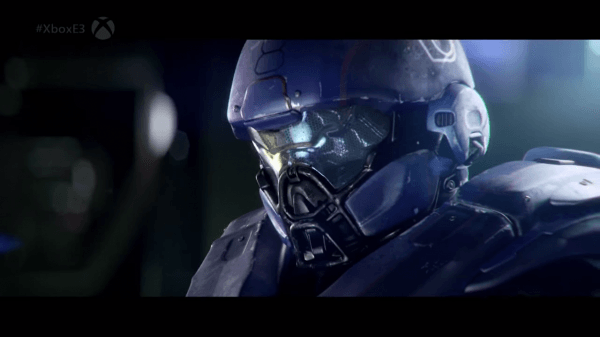 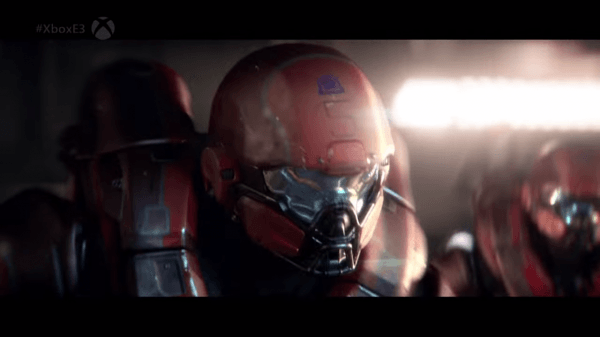 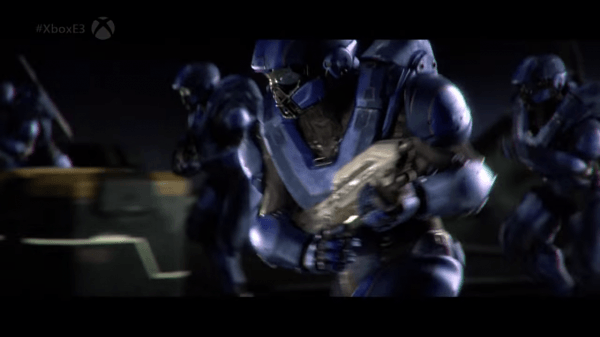 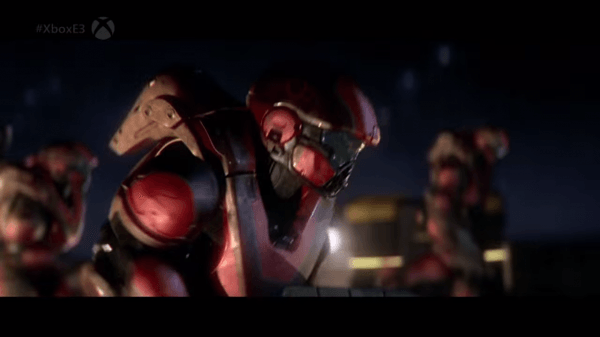 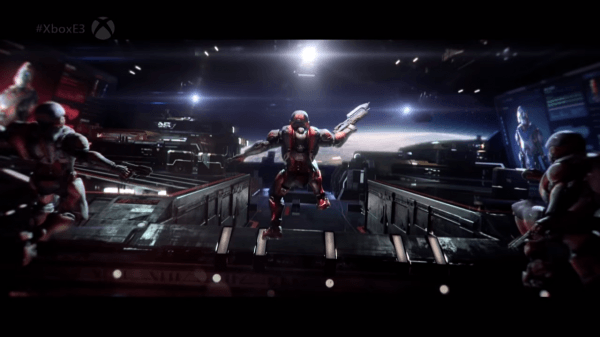 It might also be worth noting that the Spartan on the far right in this last image is carrying a Magnum in his left hand, though his right hand is empty. It doesn’t quite confirm the ability to dual wield weapons, but perhaps it’s suggesting it? Maybe players can choose left-handed weapon set ups? 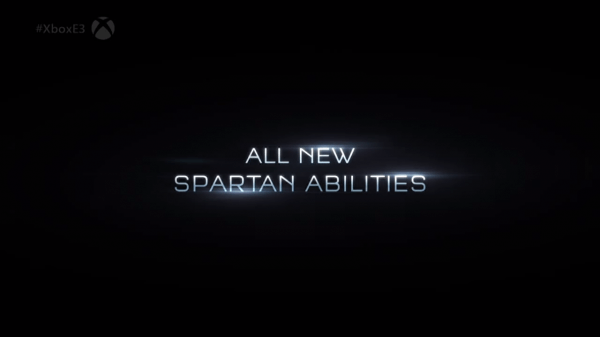 We’re certain there’ll be more than what was displayed in the gameplay footage, but here are three completely new abilities that we were able to pick out. They could very well be Armor Abilities that you must select in your Spartan’s loadout, but we wouldn’t be too surprised if 343 made these maneuvers available to all players by default.

Welch noted “Spartan abilities are player mechanics not loadout AAs”. They are “things that every player can do inherently with their Spartan.” (Thanks, Qal!)

Note that you’ll also see the return of the Battle Rifle in some of the images below. 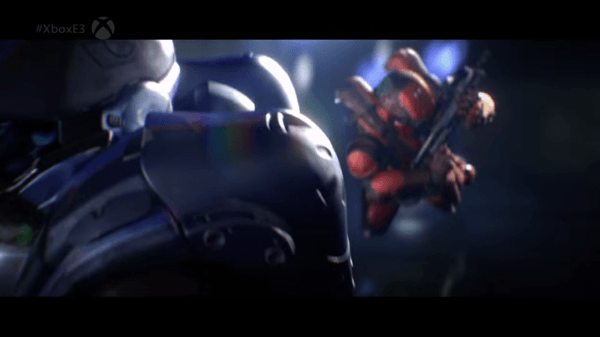 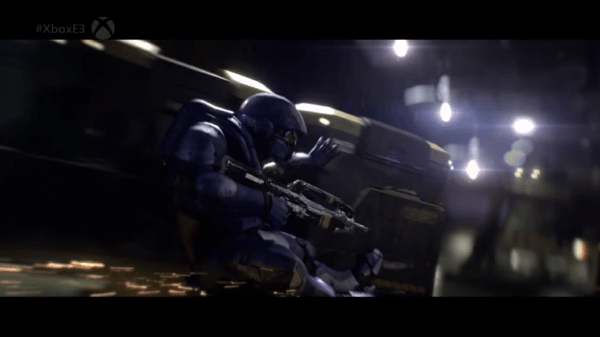 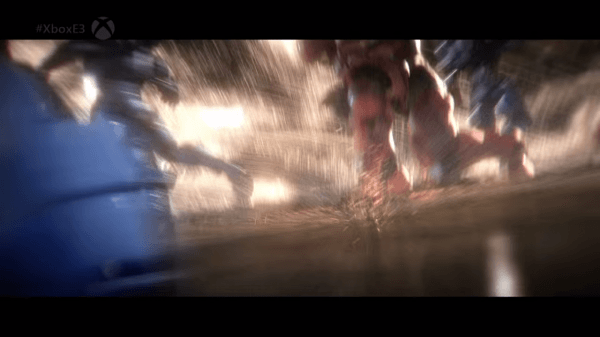 The only three weapons we could make out from the trailer were the Assault Rifle, Battle Rifle, and Magnum, but we’re certain 343 will be introducing more than enough new toys to play with, especially if we’re going to see new enemy types in the single player campaign. 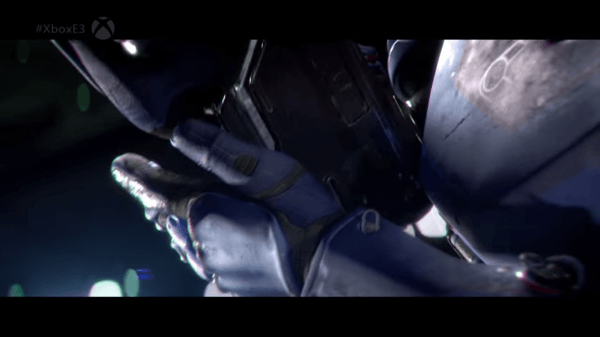 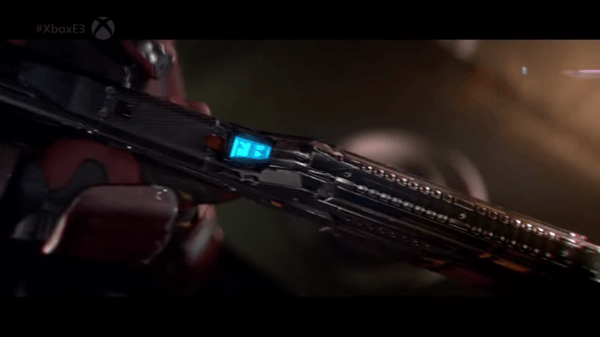 Again, not everything may appear as shown in Halo 5: Guardian’s first multiplayer trailer, but as with any CGI movie, developers tend to at least showcase some of the features and mechanics that they do indeed intend to feature in the final game.

We’ve still much to learn about Halo 5: Guardians, but we’re certain a lot will become clear when you get your hands on the multiplayer beta, to which access is included in every copy of the upcoming Halo: The Master Chief Collection.

What else did you pick up from the trailer? Anything I missed? You can watch the entire presentation for yourself below.

Everything We Know So Far About Mortal Kombat X