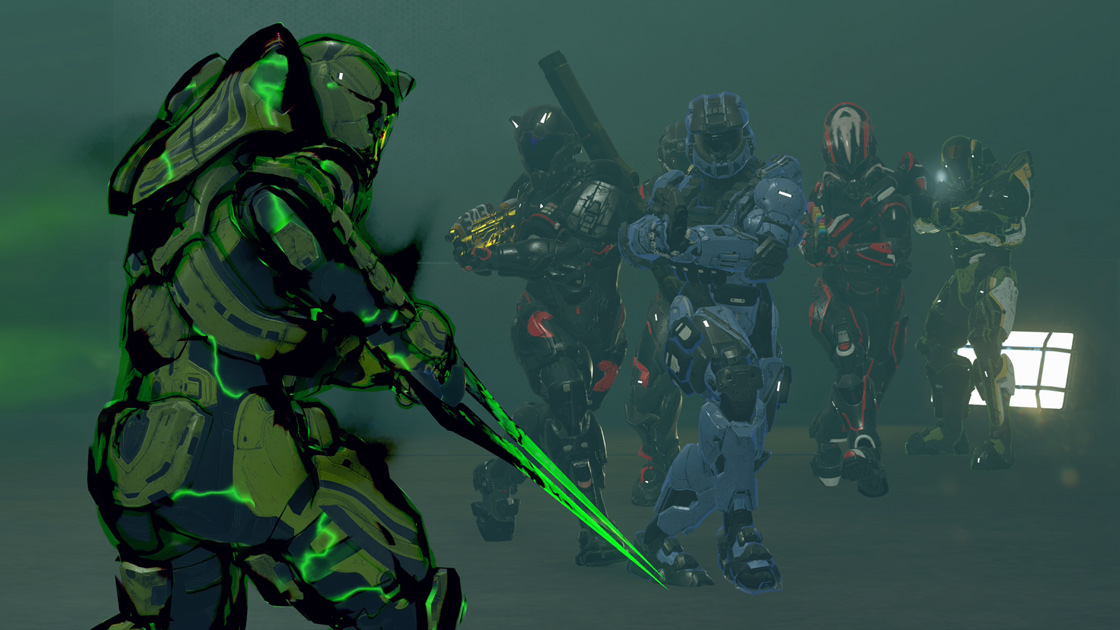 Halo 5: Guardians is getting into the holiday spirit by giving the classic Infection playlist a Halloween twist. Players will be able to play on new maps with new modes for double XP until the end of the month.

The first new game mode announced is called Castle Raid, where you and other players must work together to break into the infected’s lair and steal a skull. Once you acquire it, you must race back and burn it in a pit of fire for points.

The second mode is a returning fan-favorite: Speed Demons. In this Halo 3 classic mode, players will have to run and drive away from the infected using any means necessary. Players will start with a battle rifle and shotgun but can pick up more weapons as they make their way to a vehicle as they try to dodge the attacks of the infected, who come equipped with gravity hammers and energy swords.

For those of you who love playing the “Survive the Underground” mode in the Custom Game Browser, you’ll be excited to find out that 343 is now introducing the linear styled gameplay of Infection into official matchmaking under the moniker “Contingency.”  Developer 343 Industries says they worked with community members to bring four maps into the rotation for players to die on, one of them being Auxi Klutch, and they even asked him to describe the difficulties faced when creating them.

The most difficult piece of the puzzle was finding a consistent format for the maps to ensure players know what they are getting into on each map – a universal experience. We had to story board the maps with a beginning, middle, and end, but also make them have their own theme to make them unique. After that we added the scripting and made sure that every map followed the same formula for consistency. But, every now and again something would not work properly and we would have to troubleshoot the issue. Personally, this was my first “go” at scripting, and I learned so much from the experience as well as from fellow community members that knew scripting inside and out. Those Forgers really made these maps work, because the scripting required so many small movements and spawns at certain timings, that if we missed one thing, the scripting could fall out of sync.

The new playlists with the new modes and maps are available right now! Double XP has also been activated until the end of the month, so get those games in, Spartan.