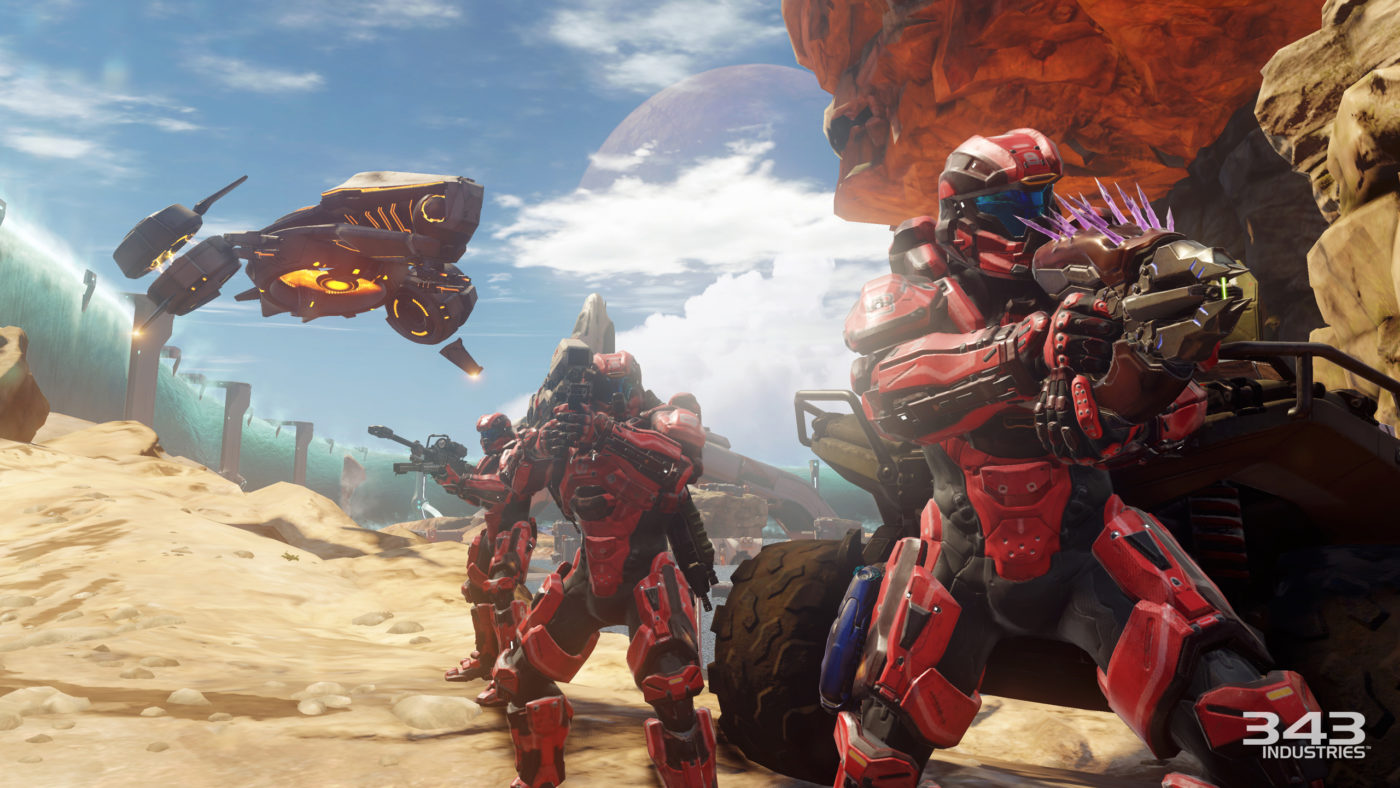 343 Industries has posted a rather lengthy update on its official site where it talks about some of the things set to come and change in 2015’s Halo 5. One big change set to come is the Halo 5 Warzone mode.

Here’s what 343 Lead Multiplayer Designer Lawrence Metten had to say about the big Halo 5 Warzone update.

Over time, the Warzone battlefield has changed as players have become more and more skilled at the game mode. However, not all of these changes have benefited all parties – since launch, we’ve slowly seen the Warzone “blowout rate” (how often matches end in lopsided or blowout scores) continue to rise. The Warzone team is experimenting with some significant changes to the way REQ Leveling works to facilitate more balanced Warzone matches.

“These experimental REQ Level changes do not impact Warzone Firefight or Warzone Assault. We’ll be monitoring game data closely and welcome players to share feedback regarding these changes over in the Waypoint forums.

Expect these changes to take effect sometime next week.

As for weapon tuning updates and all that, 343 Industries has posted a refresher to the changes planned.

For this update, 343 will take about tuning adjustments for the Fuel Rod Cannon, Grenade Launcher and Rail Gun.

The Fuel Rod Cannon fills the role of an explosive projectile power weapon with a high rate of fire. The projectiles’ blast radius, coupled with the high rate of fire, has yielded some problematic results in the heat of battle, so the tuning update aims to address that.

The Grenade Launcher was an awesome addition to the Halo 5 sandbox when it debuted with the Monitor’s Bounty update in December. This weapon fills a unique role – it fires ballistic grenades which detonate with explosive damage after one bounce. As a bonus, the trigger can be held and then released manually to detonate the grenade and add an EMP blast which can stun vehicles for a short time. The tuning update to the Grenade Launcher is aimed at further establishing its role as a mid-tier weapon that’s versatile at applying indirect damage through creative use. This includes how fast the grenade travels, how it bounces, etc…

The intended role of the Rail Gun is a “sniper” style of weapon that can be charged up to kill an opponent from mid to long range in a single shot. Currently in Halo 5, the Rail Gun has excelled outside its intended role by being overly effective at close range, and as a snapshot weapon – instead of being a carefully planned, charging Sniper weapon. The tuning adjustments to the Rail Gun are designed to make the weapon require a bit more deliberate, planned usage in battle.

Go check out the update to read up on more Halo 5 and Halo Wars 2 news.

Once the Halo 5 Warzone changes are out, we’ll be sure to let everyone know.