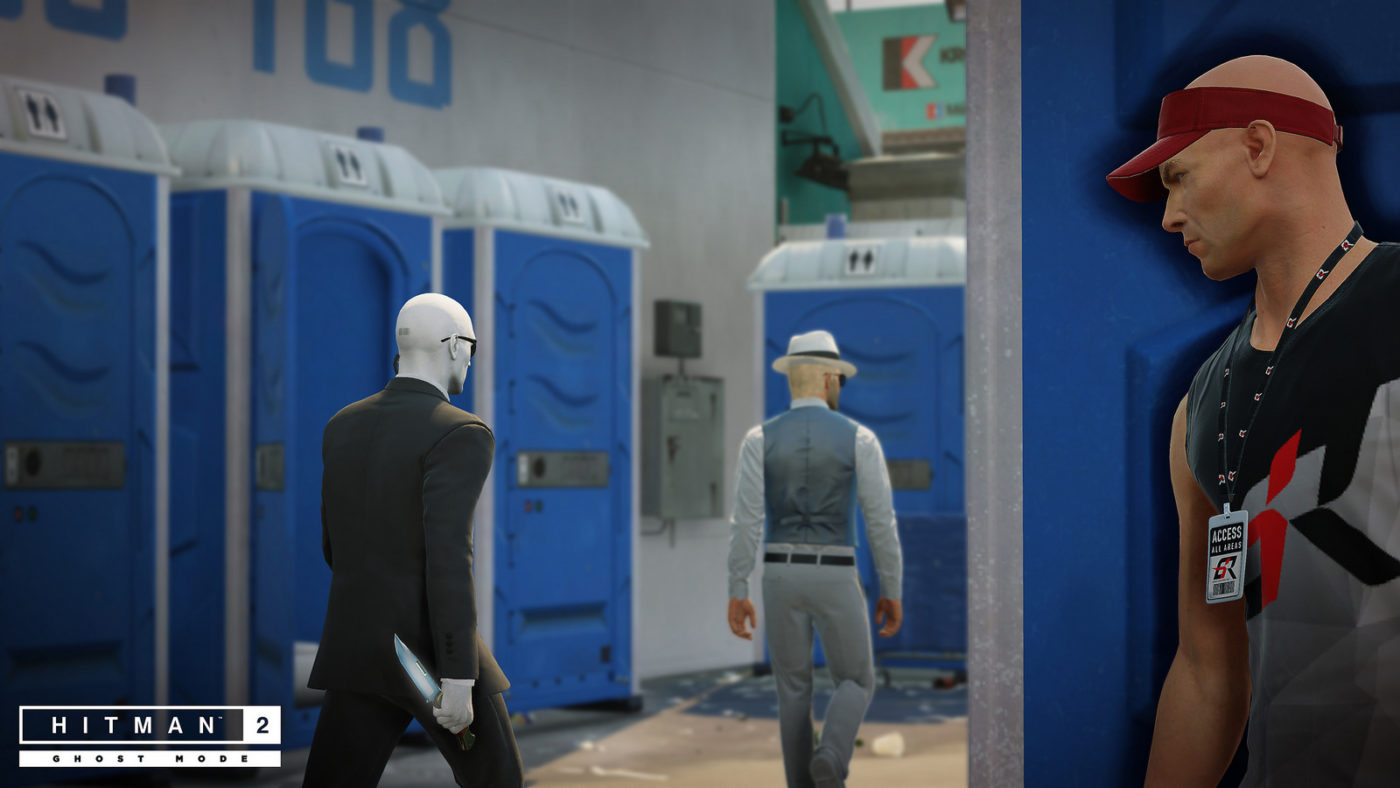 In a press release, Warner Bros. Interactive has announced Hitman 2 Ghost mode, a 1-versus-1 competitive multiplayer mode for the game, which will pit players’ assassination skills against one another.

What’s different from other competitive multiplayer modes? In Ghost Mode, players will simultaneously hunt targets while in the same location, and they’ll see a “ghost” version of their rival which will let players track their progress against their own. However, this ghost will not affect each others’ gameplay in any form, and the main goal is to assassinate five targets faster than your rival!

Agent 47 is the world’s deadliest assassin, and the only person who can match him in skill, stealth and execution is… himself. Therefore, Ghost Mode allows two players to compete against each other online, both as Agent 47, to assassinate the most targets in a match. At the start of each round, both players begin side-by-side and must race to take out the same targets faster and cleaner than their opponent, while utilizing weapons, items, outfits and ghost crate supply drops along the way to help accomplish the overall mission.

According to Warner Bros., Ghost Mode will be available for the Miami location when Hitman 2 launches this November 13, with the mode becoming available in more locations as well as other World of Assassination locations post-launch.

This might be one of the most ingenious ways of introducing competitive multiplayer in a game I’ve seen recently, let’s hope it’s as exciting as it sounds.

Call of Duty: Black Ops 4 Review Round Up