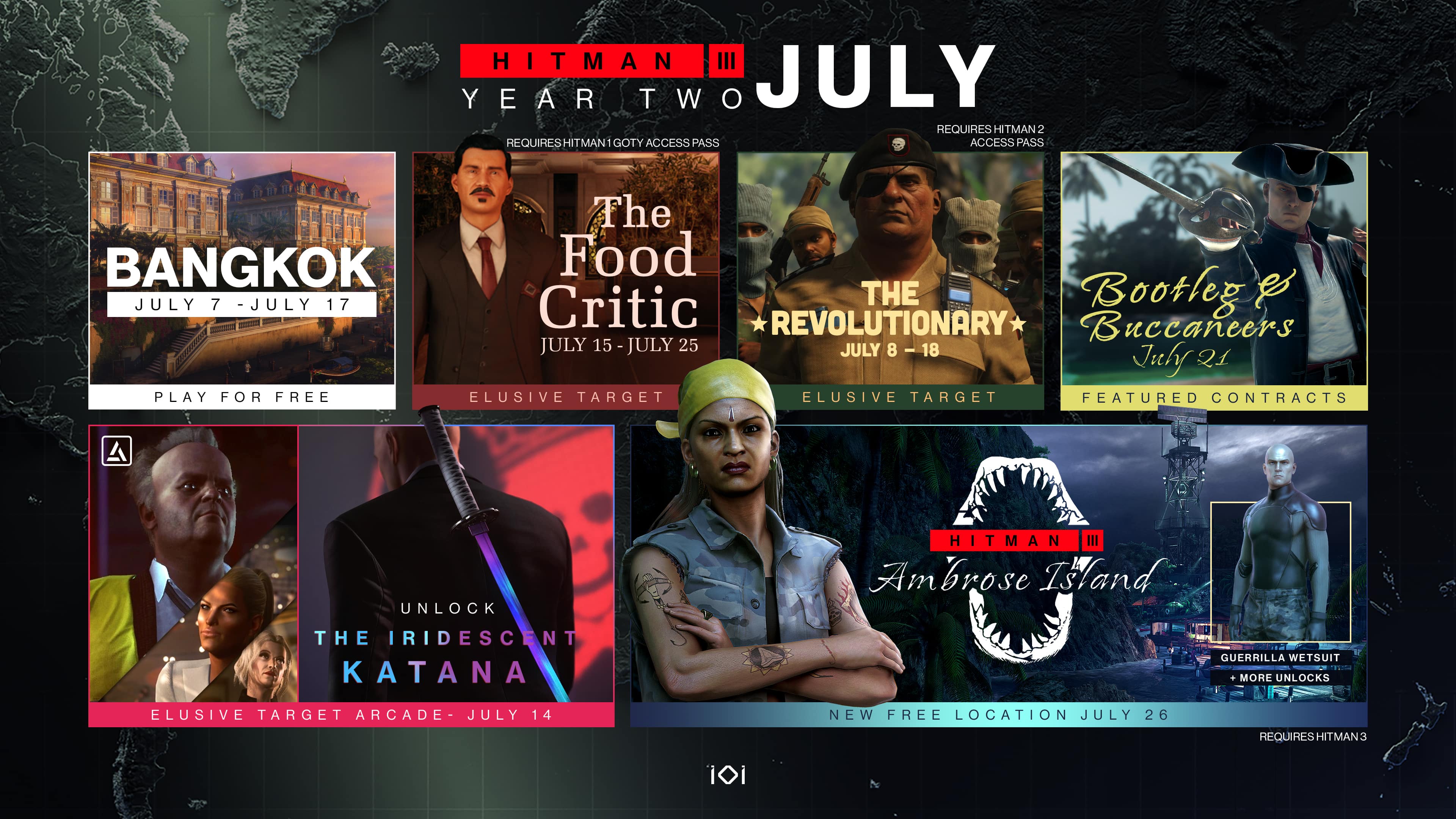 IO Interactive has revealed the Hitman 3 July 2022 roadmap, and this seem to be a very exciting month with a new free location, a new Katana weapon, and a new exclusive target. Check out the trailer and details incoming for Hitman players.

One of the new Hitman 3 locations is Ambrose Island. Agent 47 will be on a mission on the new and uncharted tropical island to help out an old friend. The island is fully explorable and is packed with new targets and unlockable rewards.

Bangkok will be the new free location rotation. It features a luxury hotel and spa in Bangkok and is considered a popular location for upper-class tourists. The location is now available for all Hitman 3 owners and will last until July 17.

Along with the new locations, Hitman 3 roadmap for July is also bringing three Elusive Targets. On July 8, The Revolutionary will be back, on July 14 the brand new Elusive Target Arcade will arrive, and on July 15 The Food Critic will be your target.

Players will especially want to try out July 14th Elusive Target Arcade as completing any of the batches will unlock The Iridescent Katana reward.