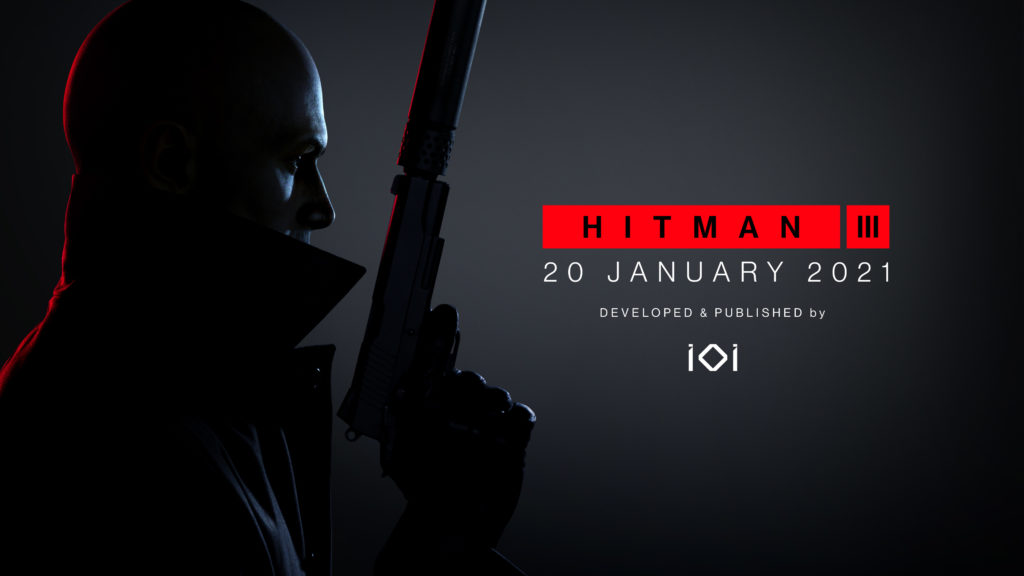 We already know Hitman 3 will be out this coming January 2020 when it was announced during Sony’s PS5 event. Today, IO Interactive has announced the exact Hitman 3 release date and it’s set for January 20, 2021 for the PS4, PS5, Xbox One, Xbox Series X and PC!

In addition to that, the pre-order bonus and different editions of the game have been announced too. There’s also a new trailer released today. 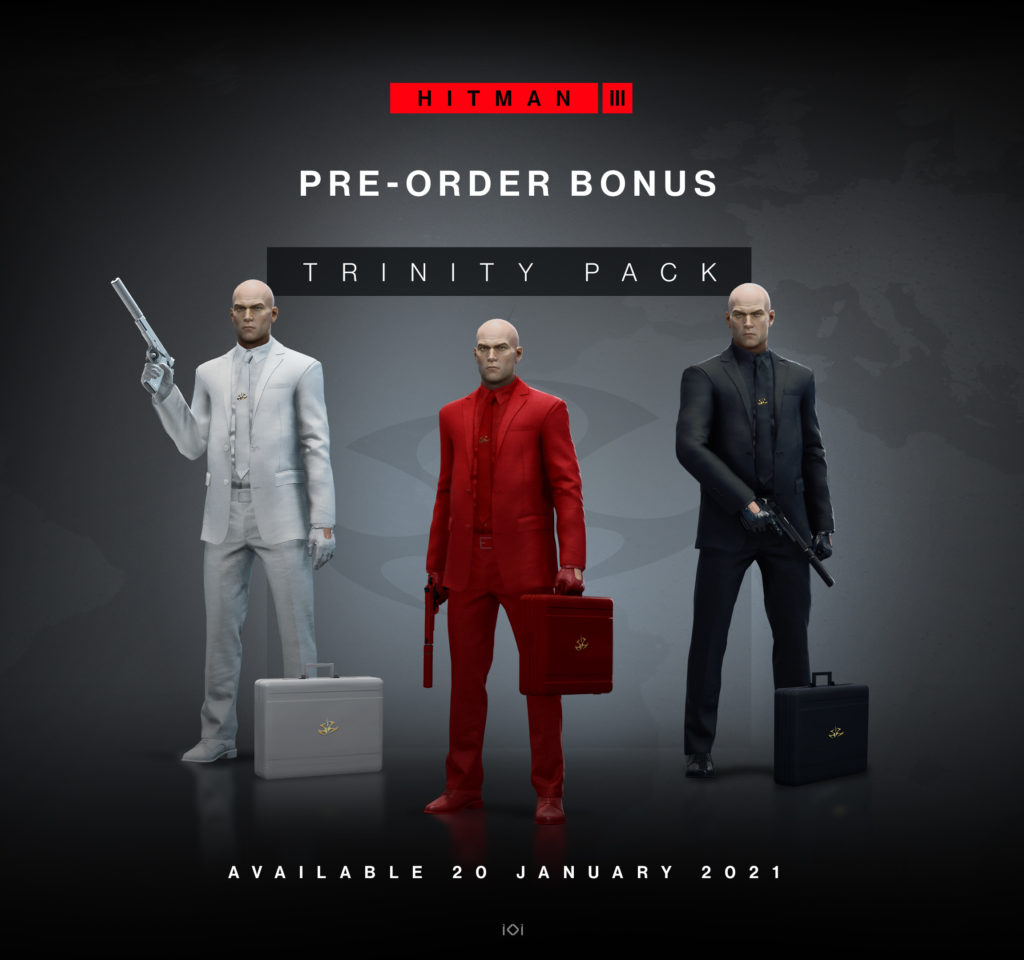 The HITMAN 3 pre-order bonus celebrates all three games in the World of Assassination trilogy. Introducing the Trinity Pack. You’ll get it just by pre-ordering the game, no matter what platform or edition.

The Trinity Pack includes a total of 9 items, with 3 distinct sets that represent a different game from the trilogy. Each set includes a suit, briefcase and weapon. From the White of HITMAN 1, the Red of HITMAN 2 or the Black of HITMAN 3, you’ll have all 9 items in your inventory to mix and match as you like. The classic Hitman insignia is etched onto the items in gold to add an elegant flourish.

There will be two different editions of Hitman 3; there’s the Srandard Edition and the Deluxe Edition.

The only difference between the two editions is the Deluxe Pack, which includes Deluxe Escalations, in-game items and suits as well as digital soundtracks and more. This is everything that’s packed into the HITMAN 3 Deluxe Edition:

Finally, for those worried that buying the game for current-gen and upgrading to next-gen will come at a price, don’t. IO Interactive has announced that upgrading it will be free!

Are you ready to take hits and snuff people in next-gen? We are. And don’t forget, there’e a PSVR version coming as well.