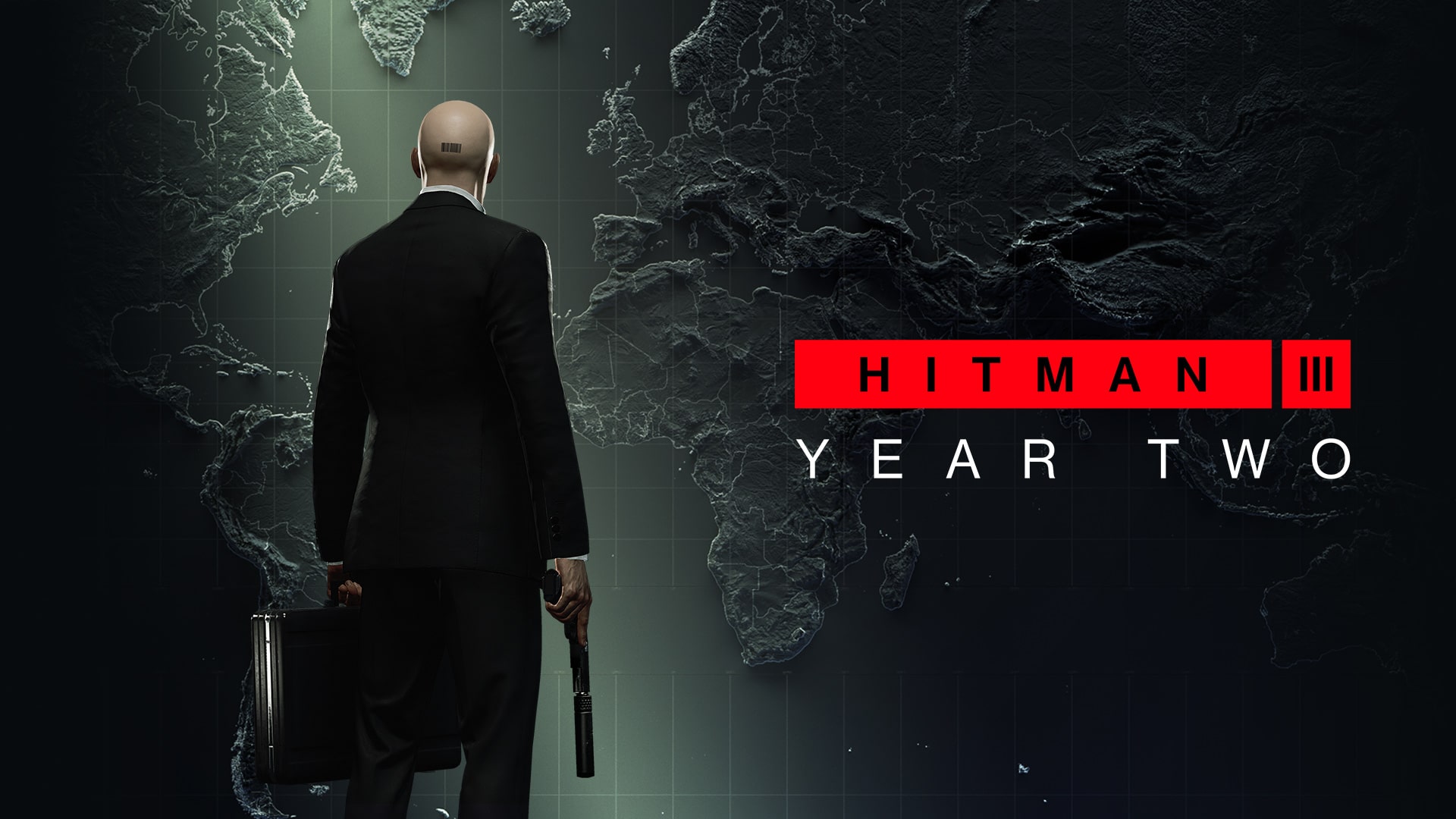 IO Interactive has released the Hitman 3 update 1.09 (PS5: 1.009) January 20 patch, which brings Year 2 content and more! For the new content and patch notes, head on below.

HITMAN 3 Year 2 starts today, with the release of the Year 2 Patch (3.100)! This update will prepare the game for the arrival of new content, which was recently revealed in our HITMAN 3 Year 2 blog post, as well as bring improvements and bug fixes.

Year 2 will launch with a brand new game mode: Elusive Target Arcade, support for PC VR, and welcomes new players to the World of Assassination through Steam and Game Pass releases. Read on for more practical information on all of that, as well as the full list of fixes for this patch.

HITMAN 3 will be updated to version 3.100 on all platforms; PS5, PS4, Xbox One, Xbox Series X/S, PC, Stadia and Switch. You can check the current game version that you are playing, by looking at the bottom of the Options menu.

Steam Release Time: Thursday 20th January 2022, 6pm UTC aka 7pm CET
(The Steam release is set to 7pm CET to enable us to coordinate the release with Valve in Seattle.)

Maintenance: We will take the HITMAN 3 servers offline one hour before the release of the patch in preparation of the release. Once the patch is available, players will be able to download and install it. The game servers for each platform will come back online once they’ve been checked and verified. Updates will be posted to the official @IOInteractive Twitter account.

Cloud: Stadia and Switch players do not need to download or install the patch. They will get access to the latest version when they launch the game after the above time.

Elusive Target Arcade is a brand new game mode that takes the Elusive Target concept to the next level, mixes up the formula and introduces new challenges and unlockable rewards – all whilst keeping the essence of what makes Elusive Targets exciting and interesting to play.

On January 20, our launch batch of 3 Arcade Contracts will be added to HITMAN 3, one for each game in the trilogy. Across the launch batch of Arcade Contracts, you’ll be able to revisit 11 different ETs across 10 locations. The three contracts will be permanently available via the Arcade, whether you succeed or not. If you succeed in all missions of a given Arcade Contract, you’ll be able to ‘reset’ the contract and immediately play from the start. Failure at any point is met with a 12-hour lockout. Read more about Elusive Target Arcade in our Year 2 Reveal blog post.

Elusive Target Arcade will also bring new rewards to the table and the first one available is the Krugermeier 2-2 Dark. Complete any one of the Arcade Contracts in the launch batch to add it to your inventory.

HITMAN VR arrives for HITMAN 3 on PC and all supported PC platforms: Epic Games Store, Steam and Windows PC (Microsoft Store). Plus, we’re supporting the entire World of Assassination trilogy. If you can access HITMAN 1 and HITMAN 2 within HITMAN 3 (Standard, Deluxe or Trilogy) on your PC, you can play it all in VR. Read more about it in our Year 2 Reveal Blog.

At 7pm CET on January 20, we’ll manually be pressing the buttons to release HITMAN 3 Standard Edition, HITMAN 3 Deluxe Edition and HITMAN Trilogy on the Steam Store. This will allow us to coordinate the release at a time that fits with IOI in Copenhagen and Valve in Seattle. There won’t be any ‘coming soon’ page before this time, so we’ll be going from 0-100 once those buttons are pressed. The expected download size for HITMAN 3 is 65GB.

We’re releasing with support for Steam Achievements and Trading Cards – plus we’ll be including the Trinity Pack (the HITMAN 3 pre-order bonus) for free with all editions of HITMAN 3 mentioned above for the first 30 days.

If you’ve already played HITMAN 2 on Steam, the locations that you can access in that game will automatically be converted into an ‘Access Pass’ for HITMAN 3. These will be applied to your account and the locations should be available and ready to play from the first time you launch the game. Plus, you’ll be able to carryover progress from HITMAN 2 on Steam into HITMAN 3, but this process is not automatic. More details about progression carryover is on our Progression Carryover Player Support page.

PS5hhhhhhhh
We’ve resolved an issue where audio could abruptly cut out or become muted during gameplay. This issue was especially prominent on PlayStation 5.

Xbox Access
We’ve resolved an issue where some Xbox players could intermittently lose access to content. After an investigation, we’ve identified that players who owned a lot of different Hitman content on the same console were most likely to be affected.

Improved Stability
We’ve made back-end changes to ensure a smoother online experience and reduce the number of ‘disconnection’ issues encountered by players.

Windows PC Support
In addition to Epic Games Store and Steam, HITMAN 3 and HITMAN Trilogy are now available on Windows PC (Microsoft). Players on this platform (including PC Game Pass players) will have access to their existing HITMAN 3 progression that was earned playing HITMAN 3 on any Xbox console. That progression will also be synchronised between Xbox consoles and the Windows PC (Microsoft) versions of the game. Also, any Contracts created on this PC platform will be shared with Xbox console players and vice versa. These features are possible because Xbox Live is the central service that brings the two platforms together.

Shoulder Swap Controller
We’ve implemented a permanent fix for the ‘Shoulder Swap’ option, so that it’s now available when playing in Offline Mode with a controller.

Target Down Dialogue
We’ve implemented richer NPC dialogue that triggers when certain NPCs discover a target or VIP has been pacified, eliminated, or otherwise hurt. They will refer to them by name in several ways, such as when reporting their knowledge to a guard.

2 Easy 2 Silent
We’ve tweaked the unlock conditions for the ‘Silent Assassin’ trophy so that it unlocks more consistently according to the requirements.

Challenge Display
We’ve fixed an issue that could cause the menu UI to incorrectly display the mission that a challenge could be completed on. Now, the game will be more accurate when displaying what mission is best suited to complete a given challenge.

Glass Smash
We’ve resolved an issue where several glass panes were missing SFX when being smashed.

HUD Flash
We’ve resolved an issue where some HUD icons and messages would repeatedly flash during gameplay, depending on specific player actions.

We Use This To Fix
We’ve resolved an issue where the Versatile Assassin challenge on ‘The Author’ (H1 Patient Zero campaign mission) did not unlock, despite completing all the requirements. To ensure that the challenges are completed and tracked accurately, we recommend players complete all objectives and end the mission.

Dubai: Deadly Elevator
We’ve resolved an issue where NPCs that were attacked and thrown down an elevator shaft in Dubai would be pacified rather than killed. Now, only death awaits.

Dartmoor: Outdoors, Indoors
We’ve resolved an issue where 47 could see through a specific wall from outside the mansion in Dartmoor.

Chongqing: You’re Dead to Me
We’ve made changes to several areas in the Chongqing, so that any NPCs that find themselves outside of the playable area are classified as ‘killed’ and the bodies are ‘hidden’.

Chongqing: Table, No Table
We’ve tweaked the properties of an ‘invisible table’ in the Gluttony Gobble Escalation. Basically, it’s gone.

Mendoza: No Soup For You
We’ve resolved an issue where Agent 47 would be unable to move without being spotted, when starting as the Asado Chef.

Mendoza: Overly Persistent Prompt
We’ve removed a ‘prompt’ icon from near one of the persistent shortcuts in Mendoza.

Mendoza: Rich Harvest
We’ve made the Rich Harvest trophy/achievement slightly easier to unlock by not requiring the completion of a ‘hidden’ mission story on Mendoza. This should remove confusion amongst players who appeared to have fulfilled the requirements but did not receive the trophy/achievement.

Mendoza: Diana Dialogue
We’ve resolved an issue that could cause Diana’s dialogue not to trigger at the start of the Mendoza campaign mission.

Bangkok: Unusual Identity
We’ve resolved several issues where NPC names and images did not match up with the actual NPC in Bangkok.

Credit Where It’s Due, 3.100
We’ve updated the in-game credits where needed to reflect work done since the last patch, including new members of the team that have joined.

That’s about it for this major patch.