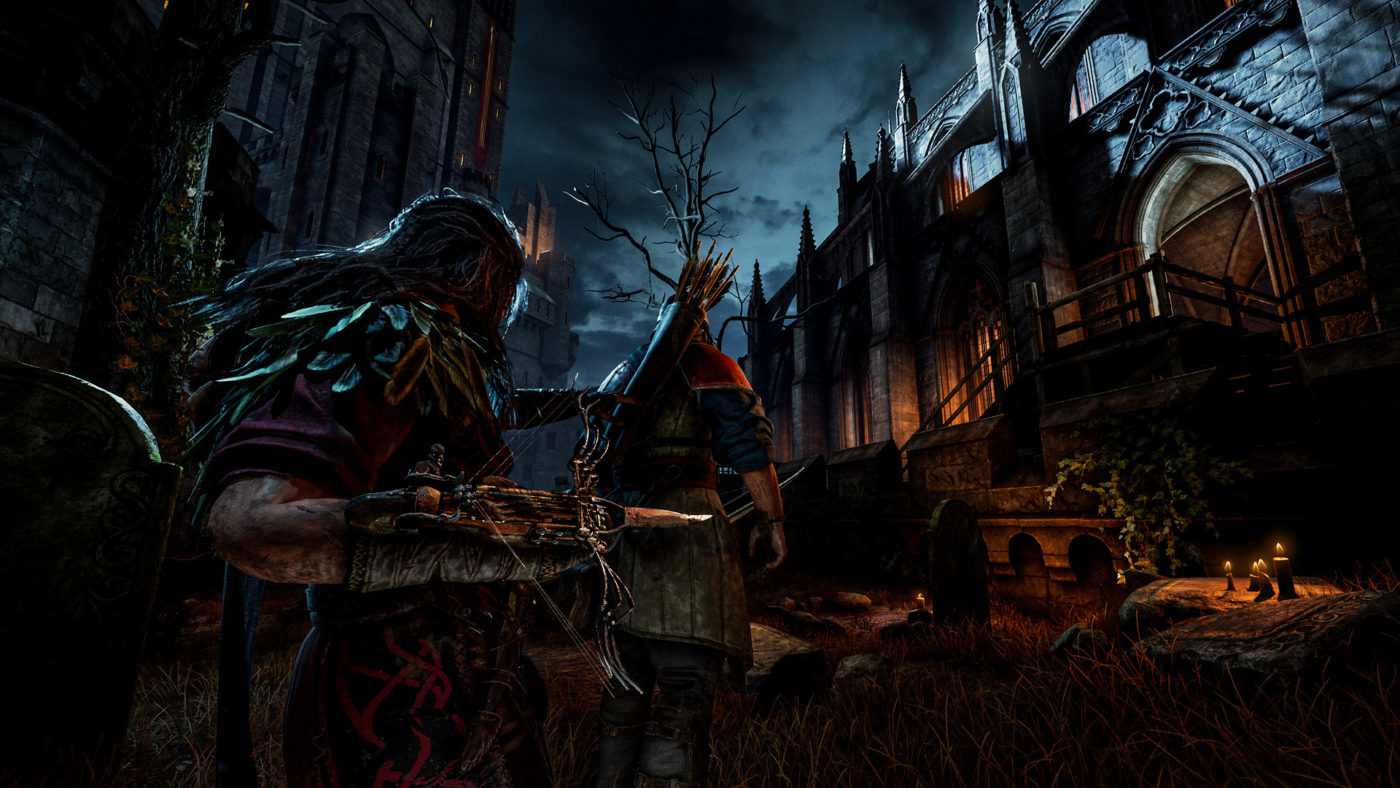 While we already saw gameplay from the Ranger class in Hood: Outlaws & Legends, developer Sumo Digital has today revealed our first look at some Outlaws & Legends Hunter gameplay! Those who prefer to be sneaky, this is the class for you!

Check out the two-minute video where Game Director Andew Willans gives us an in-depth overview of the Hunter class.

Elusive and mysterious, the Hunter’s quick takedowns, invisibility magic, and smoke grenades make her a terror in infiltration and assassination. Her modified arm-mounted crossbow can load up to three bolts at once for a deadly burst, giving her incredible lethality at close and mid-range. And when it comes to supporting her band of outlaws, the Hunter’s smoke grenades can cover sightlines and prevent the enemy from tagging teammates for a tactical advantage.

The Hunter’s ultimate ability is the Shroud, covering her with a near-invisible sheen that’s completely undetectable by guards. This grants her unique advantages behind enemy lines, letting her reach the treasure vault with ease or take out foes with terrifying efficiency.