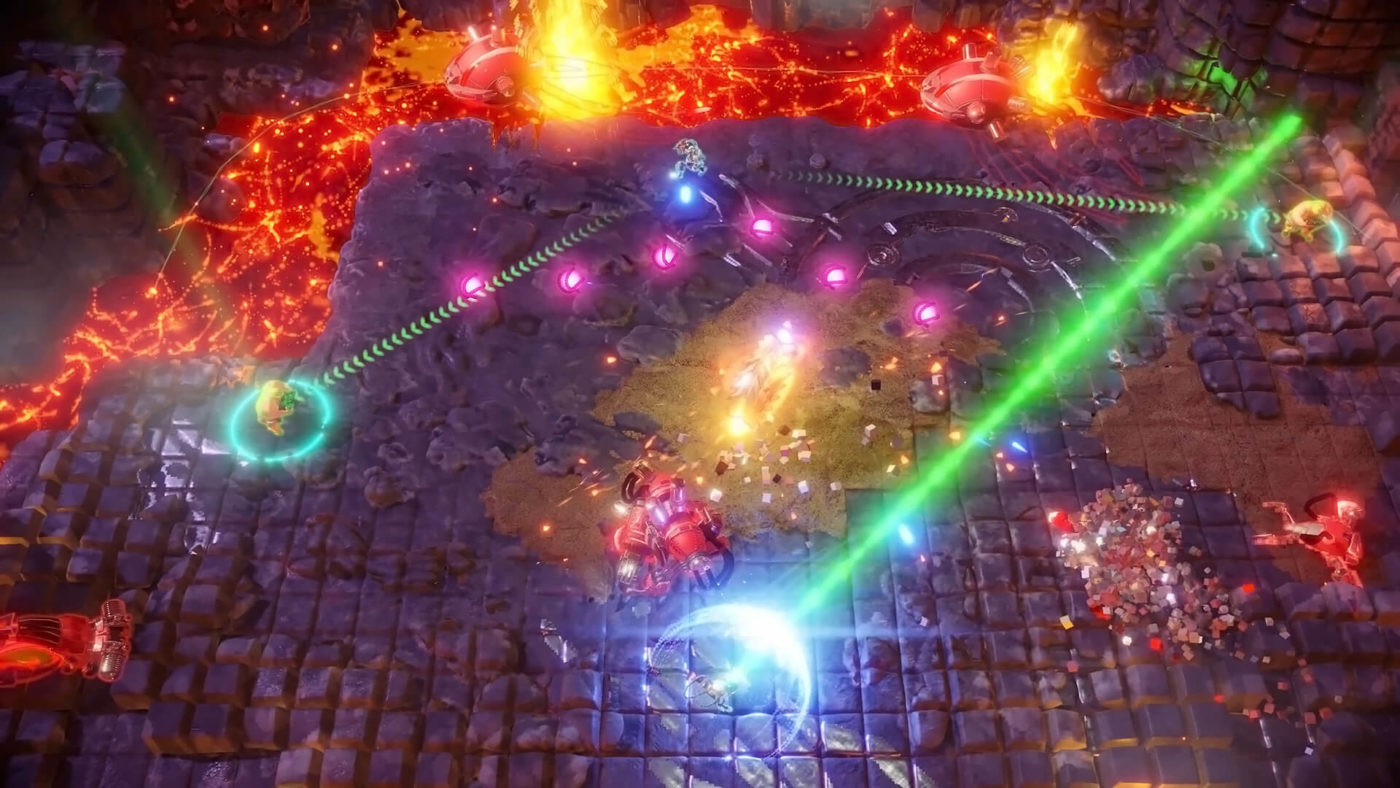 Well, here’s some rather sad news to darken your day. Housemarque, the studio behind games like Resogun, Dead Nation, Nex Machina and Matterfall, are saying goodbye to the arcade shoot-’em-up genre! Yes, the same genre where their games have firmly planted their roots in won’t see sequels from the studio anytime soon, it seems.

This was announced by Housemarque CEO and co-founder, Ilari Kuittinen. It seems Nex Machina and the studio’s other major release of the year, Matterfall, made it loud and clear that audiences aren’t just interested in these types of games anymore.

It’s bittersweet at this moment. The era, the ten-plus years that we’ve been mostly working on smaller, downloadable, arcade-inspired console games has come to an end.

We did our best. If you make a better twin-stick shooter we’ll look at it and say, ‘wow, you guys are good.’ We did something that very few people can exceed… We made the best game we ever made according to Metacritic, and I think we all feel the same.

There’s the thought that we’re a bruised champion, getting out of the ring, still with the belt, but we’ll have to recover for quite a long time – maybe move to another weight class, or something like that

For reference, Nex Machina is sitting a very impressive 88 on Metacritic, so it’s clearly not a case of the studio’s games not being good enough. One contribution to the lack of commercial success of Housemarque’s games have been the association Resogun had with PlayStation Plus members back when the PS4 launched. According to Kuittinen, it seems people actually like playing their games, but not paying for ’em, since they expect them to be free.

Ultimately, Kuittinen thinks that there’s no “paying audience” for games like the ones they made, or that they can’t reach these people properly.

What’s next for Housemarque? Not arcade twin-stick shooters. Kuittinen says that they’ve been “preparing for this moment.” Their next project will be a departure to what people expect from the studio, and will be released at a very early state, so the studio can see if it gains any traction.

This is a sad news for arcade shooters everywhere. I, for one, loved Nex Machina and Dead Nation a lot, and wish Housemarque nothing but the best.

Sledgehammer: Fans Wouldn’t Be as Excited If We Were Doing Advanced Warfare 2 Rather Than Call of Duty: WWII