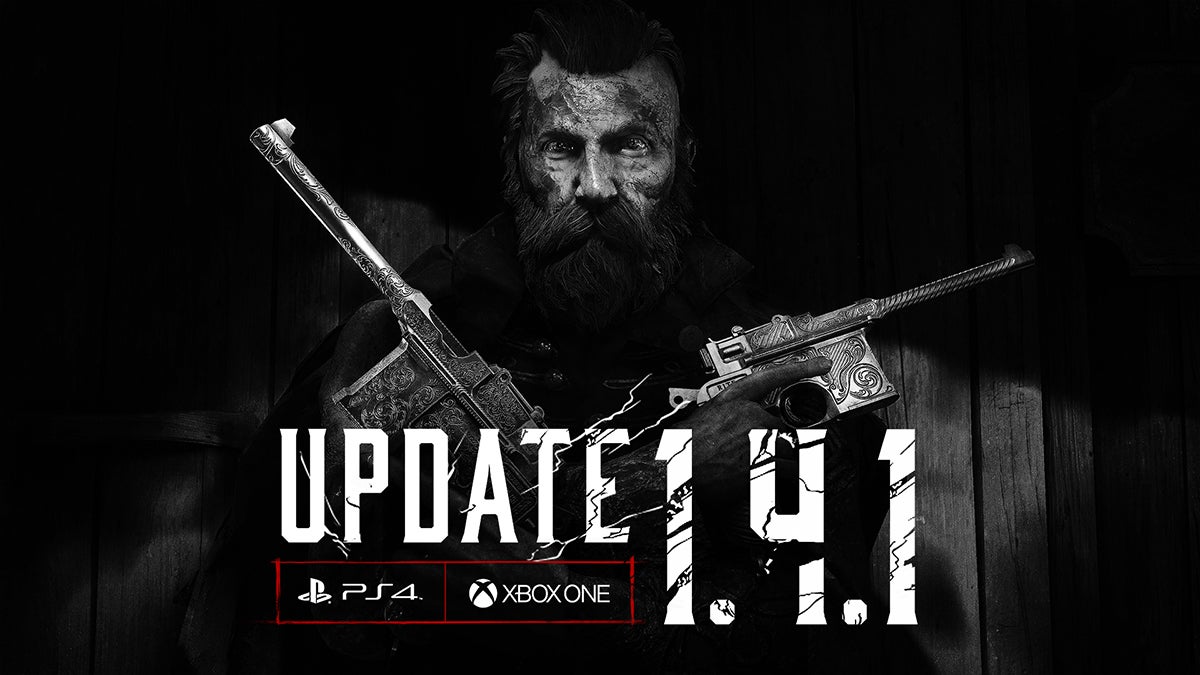 Trials Mode – You have asked, and we listened! We are happy to introduce the first iteration of our PVE mode – Trials! Explore the maps, complete difficult challenges, and collect Trial Stars for exclusive rewards.

New Legendaries – The update brings three shiny new Legendaries as well as two other exclusively unlockable with the Trials Mode!

Dual WieldingDual Wielding Handguns is a new and exciting feature in Hunt:Showdown, allowing players to equip and use two handguns at the same time.

All available handguns that can be used for dual-wielding:

Developer Note: With this update, we are finally releasing a feature that we had on our roadmap for quite some time! Dual-Wielding aka Akimbo. It’s a major upgrade for all handguns, allowing them to be used in a completely new way. So far, players could choose to fire them conventionally – or by unlocking the Fanning trait – as rapid-fire single-action revolvers from the hip. A third option now becomes available by choosing to equip not one, but two into one slot. Where shooting a handgun normally is best for precision, and using fanning or rapid-firing a semi-automatic pistol gives a short burst of impressive firepower up-close, dual-wielding sits somewhere in the middle between them: Not as precise and not as fast, but with double the ammo capacity, perfect for suppressing fire or taking on hordes.

Now, why would players want to equip a matched dual pair of handguns? We think there are a number of different appealing scenarios here. Firstly, the option is available from Rank 1 on and doesn’t require any traits. You just have to combine it with another medium slot weapon, like a sawn-off shotgun or rifle. This makes a pair of dual-wield Nagant M1895 the strongest rapid-fire option for new players right out of the box. Secondly, it gives players impressive firepower to deal with mobs and to take part in prolonged fire-fights. Having double the extra ammo capacity means you can keep on firing for a longer time while keeping the enemy away from that window or that corner, allowing your team to take the initiative and move around more freely. While accuracy is much reduced, even only hitting the 3rd or 4th shot still hurt, and those lucky headshots are still a very real possibility. Lastly, when assaulting a strongpoint, such as a boss arena, dual-wielded handguns are much more flexible compared to Fanning as they reach out to more than double the average effective combat range, allowing you to fight along corridors or inside larger rooms where Fanning shots would prove less effective.

Dual-wielding brings a new component to Hunt’s gameplay. Some will love it for its coolness factor, others will find it ‘disgusting’ as it goes against the long bullet meta of the “perfect shot”. We hope that there is something in it for everybody, and that it opens up room for new battle tactics, easier combat against monsters as a backup (those Hellhound’s won’t be laughing when you bring 12 instead of 6 shots of your favorite revolver), as well as more intense shootouts with medium-sized inventory kits. There are a lot of options to explore and we are eager to hear your opinions on it!

Trials Mode (PvE)Trials is a new singleplayer game mode aimed at new Hunters and veterans alike, allowing to explore the world of Hunt:Showdown and complete different types of special assignments.

What can I do in Trials?

***Developer Note:***It can be hard for new players to learn the lay of the land and all the little secrets of the Bayou with the constant pressure of encountering other players. Trials aim to give them a chance to practice before venturing on into the Bayou and competing with other Hunters. Without this pressure, players can now spend more time preparing for real encounters, making it easier to move on to Bounty Hunt when they feel ready, equipped with map knowledge, basic combat skills and a good understanding of the horrors that await them.

In addition, veterans can hone their skills and show that they really mastered the game with a perfect score of earned Stars and access to the exclusive Legendary weapons to brag with.With Trials, we are finally adding a PvE component to the game that has been missing for a long time. It’s a new pillar of Hunt:Showdown that can attract new players, who are less focused on fighting others, but rather enjoy the game and its setting in different ways offline. We plan on expanding the Trials experience with future updates, adding more challenges and additional exclusive rewards for players to unlock. The first batch of Trials have been around Stillwater Bayou. The next batch will be focused on the second map, Lawson Delta.

Please tell us what you like, what you are missing, and in what direction you would like to see the new game-mode Trials grow!