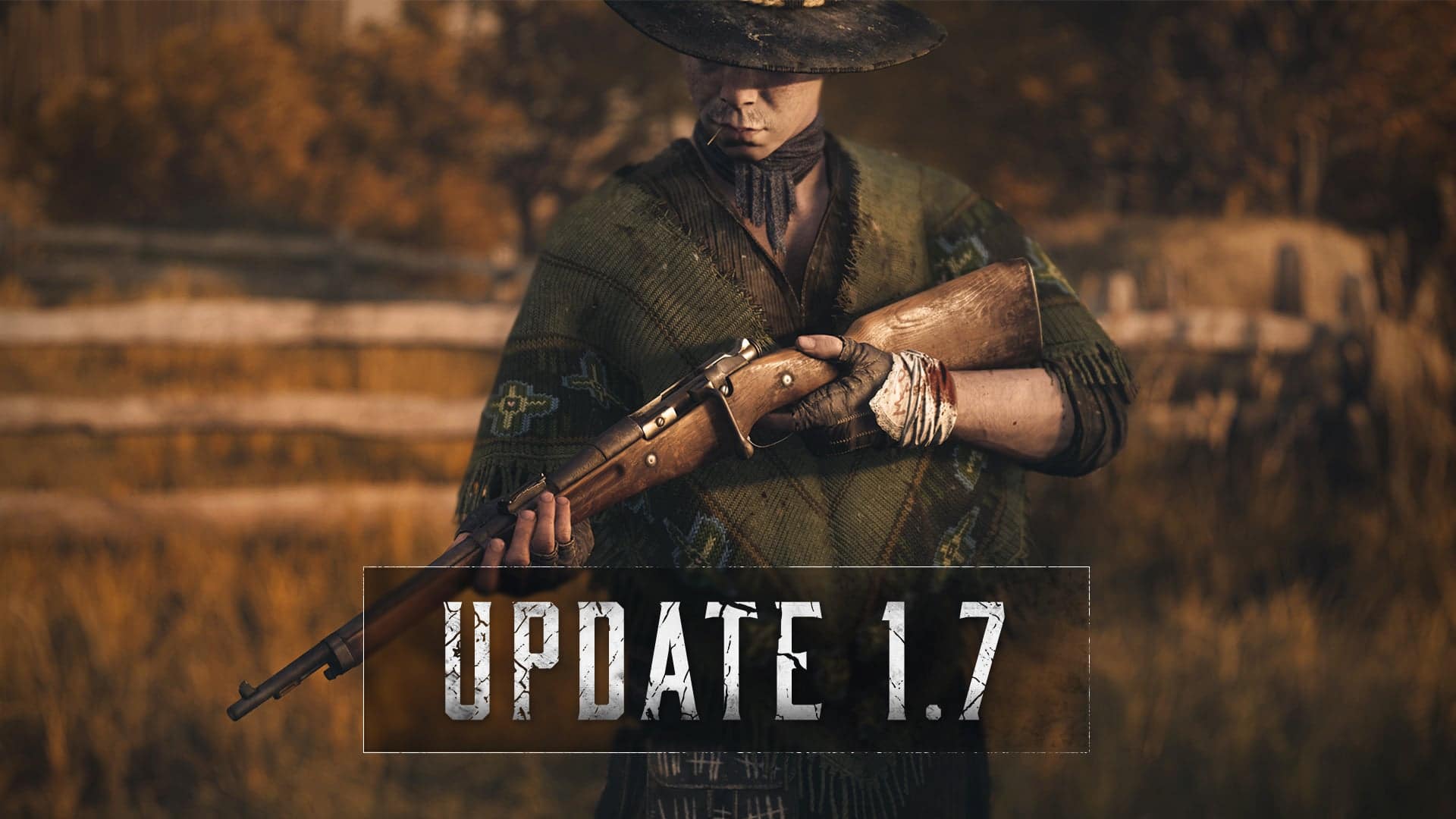 Crytek has released the Hunt Showdown update 1.39 patch for consoles this November 23, and this is for title update 1.7! Those on PC, there’s one released on that platform too, and it’s for hotfix 1.7.0.1! Read on for the official patch notes and details.

With Update 1.7 we are removing the cap of 30 FPS for the Xbox Series S/X and PS5. This will allow those of you on the newest generation of consoles to play Hunt at up to 60FPS.

Update 1.7 brings with it the introduction of the Reconnect feature – the ability to reconnect to a Bounty Hunt mission in cases where your connection has been lost or the game has crashed. There are two ways in which this will attempt to restore the connection:

This reconnect feature has been a huge undertaking, even bigger as it was something done post game-launch, but we are very happy to be able to bring this long-standing community request to you all. We feel this is a great addition and should allow many of you the opportunity to not lose hunters when losing connection to the game.

This feature has been a long time in the works and something we wanted to make as solid as possible before introducing it to the game. As this is a new system, we expect there may be some edge cases that might pop up. If they do, please make sure to forward them to our community managers and customer service team to ensure that we can address them as quickly as possible.

New Weapon: Berthier Mle 92
The Berthier Mle 92 is a new large slot, long ammo carbine rifle with a 3-round capacity ‘en-bloc’ clip loading mechanism. The Berthier adds a unique gameplay element to the current long ammo rifle lineup available in the arsenal. Originally, this was introduced as an alternative to the Lebel rifle with the rear echelon and cavalry troops in the French military (that is your fun history fact for the day folks). The Berthier excels as a lightweight yet powerful weapons that brings a lot of flexibility to the table.

Loading Mechanism Overview
The three round clips cannot be ‘topped off’ one bullet at a time, like some other weapons, and must be removed to reload, either through manual or auto ejection. Once the last round of the clip has been chambered, the clip will automatically be ejected from the bottom of the weapon (like the Bornheim). The clip can also be manually ejected through the breach with the mag release button on the front of the trigger guard.

Manually reloading with this weapon will take slightly more effort as it requires players to choose whether to fire the remaining rounds and go for the fast reload of a full clip or spend the extra time reloading manually by extracting the half finish clip.

Reloading
Performing a partial reload can eject up to 2 unspent rounds if timed poorly and without Bulletgrubber, which gives some extra value to this trait in combination with the Berthier. It is important to note that the complex loading mechanism means partial reloads take longer and the fastest operating speed can be achieved by cycling/shooting the 3 rounds and then reload.

This complex mechanism also has an impact on interrupting shots with a reload. Without the trait, you will not be able to save a round in this manner like with other weapons in Hunt. Players will need to be cautious when it comes to reloading but using this weapon in the manner expected ensures that it is a fast and competitive weapon choice.

Ammo switch
The Berthier will be the first weapon outside of the one-shot rifles that can utilize two different ammo types. Since the design brings a clip that must be empty before performing a reload, this opens the ability to easily switch between two types of ammo.

Another long-standing community request is being added with Update 1.7 – Loadout Presets. Now players will have the ability to create specific loadouts to allow you to quickly equip the items you want and get into the action as quickly as possible.

Developer Note:
When it came to a feature like this, the team really wanted to ensure that something meaningful and useful was brought to the table, and not just a basic concept. The team has put a lot of thought into this feature, specifically trying to cover not only what is needed in a feature like this, but also what extra bits players might like to have. Therefore, we have added the “tickers” to ensure that players have as much control over their loadouts as possible.

These tickers will allow you to not only create full loadouts, but also consumable or tool only loadouts as well as an option to prioritize adding contraband items to your loadout to save some Hunt dollars. This level of detail will make creating your loadouts far more streamlined and will cut back on the downtime between missions. We are very happy with the design of this new feature and hope you will enjoy it as much as we do.

With this update we have performed a melee unification and sanity pass. Here is the dev note to give some more context on what this means:

As part of the ongoing development of Hunt, we have made some improvements to the sounds tied to melee impacts. In this patch, we have adjusted the pre-existing melee sounds to be more consistent and to better represent the amount of damage that is being dealt by the respective weapons.

We have also assigned some sounds that are better fit for certain melee weapons. We have added unique impact sounds for slashing with a knife, stabbing with the pitchfork and heavy melee attack for the Bomblance.

These changes will ultimately give players a better understanding of what melee weapon is being used based on solely on the sound – and of course to make punching, slicing, and stabbing far more satisfying.

As mentioned in the Highlights section, we will be introducing a reconnect support feature to Hunt with this update. Previously, disconnecting from the servers usually meant a death sentence for your Hunter (unless you are in trainee mode). Now, you will be able to return to the Bayou and get back into the action right where you left off. Here are some of the finer details you need to be aware of:

We are very happy to be finally able to bring this feature and offer a way to reconnect to an existing mission. This has been one of the most requested features from the community since we launched in Early Access back in 2018.

We wanted to make sure that a feature like this gave you the ability to complete the mission as if you never even left, but since this is a very large addition to the game, we understand there may be edge cases that we were unable to encounter during out internal playtests. If you encounter any unusual behavior with this feature, please be sure to reach out to the team and provide a detailed description of what so we can reproduce and fix any issues that you do encounter. Remember, details are key to helping us ensure we can find and solve problems quickly so be as detailed as possible.

Due to these tweaks, it may appear that the leaderboard may have less players or even appear empty for a brief period. The leaderboards have not been wiped, but due to the changes they will need some time to populate with the updated information based on the changes we have made.

In a previous update, we mentioned that changes to the shop were some of the first steps being made towards providing more clarity. This is another one of those steps. Core gameplay items now have a space of their own, while store items (Bloodbond items, legendary and DLC’s) will now have their own separate section. We hope that this change will help to make these pages a lot clearer, especially for new players. We have many more ideas in store for the future, but we will also keep an eye on the feedback provided by the community for other possible changes.