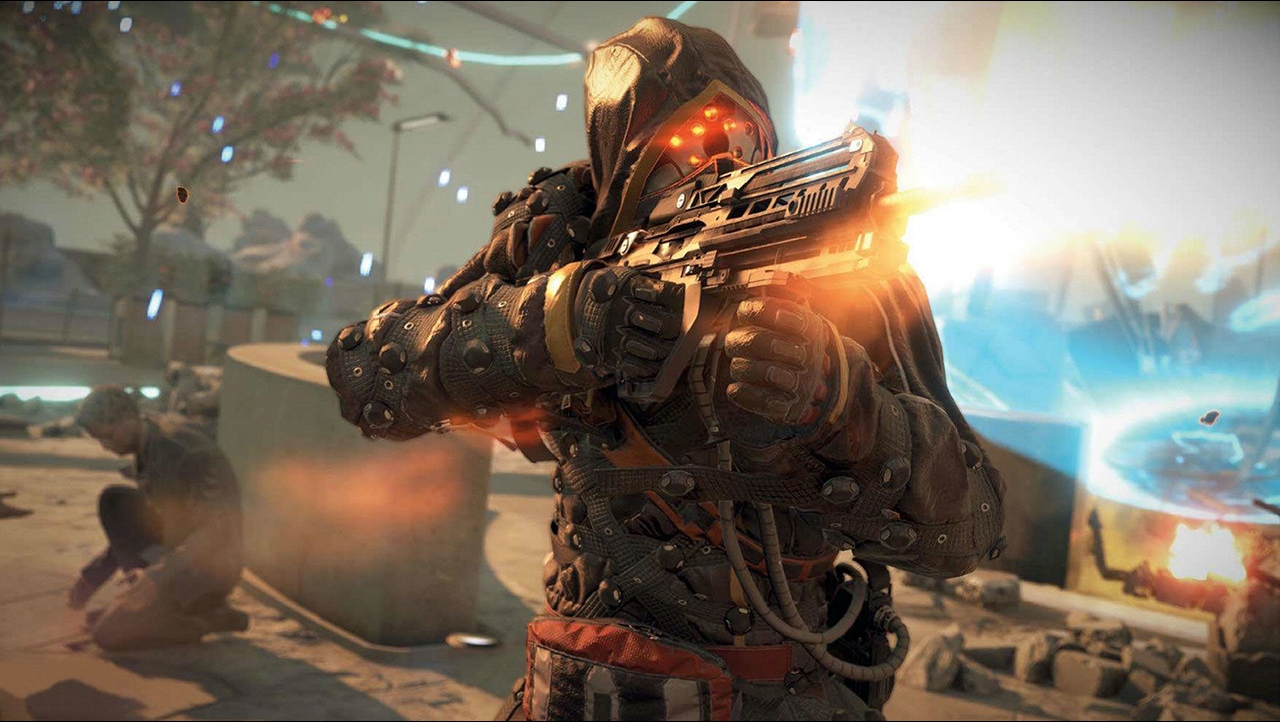 In an ongoing effort to improve Killzone’s Shadow Fall‘s multiplayer experience, developer Guerrilla Games is looking in to ways to “reduce lag” in online combat.

Numerous investigations are being made into what the studio considers “laggy kills”, or any kill that takes longer than 0.5 seconds to register.

“To our surprise, we saw that the percentage was really dependent on the region: US-East showed 13% laggy kills, US-West 6%, and other regions around 4%,” wrote lead game tech Jorrit Rouwe in a recent blog entry. “Moving some of our servers in the US-East region to a different data center resulted in the percentage of laggy kills on those servers decreasing by a whopping 10%.”

Unfortunately, a similar solution appears to have not worked out as well for US-West gamers, though the studio says the’ve “found that the quality of [players’] wireless connection may be a contributing factor.”

Taking steps towards a proper solution, Rouwe outlined a number of incoming tweaks that players will find in the next patch, as well as what the team is working on for future updates. Check out the details below, as seen on the official blog.

We have been working on a feature that tells you how good your connection is. You can look at this information in the options screen. 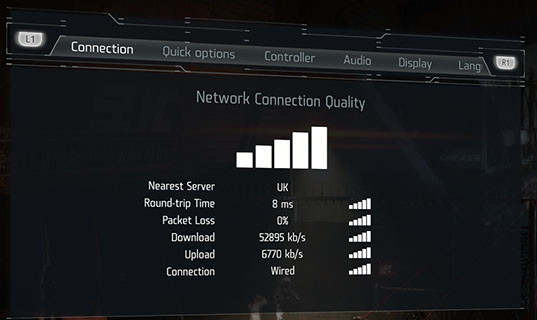 As you can see we measure a number of aspects of your connection:

Each of these categories will get a quality score ranging from 0 to 5 bars. The lowest score is shown as the main ‘Connection Quality’ score and is also displayed on the score board and in the main multiplayer menu.

The main purpose of this connection quality screen is to allow you to determine if it is you who is lagging or if it is one or more of the other players in the match. It will also make it clear when you’re playing cross-region.

We believe that everyone should be able to play, but we understand that if you invested a lot of money in a good internet connection that you deserve to have a good game experience. In the next patch, matchmaking will try to group people with similar connection quality to the server together as much as possible.

We have improved party matchmaking. The matchmaking server will now assign the party to the region where most people come from. Previously the region would be determined by the party leader.

In the future we will be optimizing the matchmaking system further for clan matches, so that a match between a clan from the US-East region and a clan from Japan may be hosted in the US-West region if that results in the lowest total ping for all players.

Return to Own Region

Rouwe didn’t provide any details on when the incoming patch might become available. Keep your sights on MP1st for updates.

Be sure to check out some of the updates that were included in the latest Killzone: Shadow Fall patch.