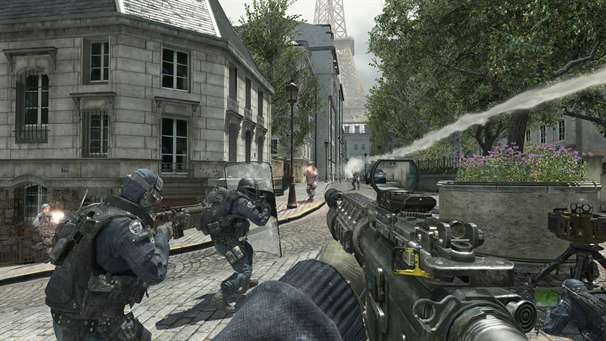 Deathstreaks are a hot topic among Modern Warfare 3 fans, especially experienced players (check out the full list of deathstreaks here). Many were hoping that this new feature, introduced back in Modern Warfare 2, would be scrapped in the next instalment. Many of these fans have also been quite vocal about their feelings on the subject. They are making sure that they are heard among the developers at Infinity Ward and Sledgehammer Games.

When asked about the type of thinking that went behind the inclusion of deathstreaks, Glen Schofield, VP and Co-founder of Sledgehammer Games, answered, “So [gamers] have a chance of becoming better players. [Veteran players] have years of experience playing. New players need help.”

One fan suggested that once a player reaches the highest rank in his first prestige, deathstreaks should no longer be available to him, since he should now be considered “experienced.” Robert Bowling, creative strategist at Infinity Ward, countered by saying, “Removing a feature from the game for more experienced players isn’t the answer. How about a Deathstreak-less playlist?”

Do you think this is fair? Should players have the option to choose a deathstreak-less playlist in Modern Warfare 3? Let us know in the comment section below. We will do our part in passing your thoughts on to Mr. Bowling.

For more info on Modern Warfare 3, check out these lists!

The complete lists of proficiencies and equipment.

29 thoughts on “Infinity Ward Defends Deathstreaks, But Asks You To Weigh In”