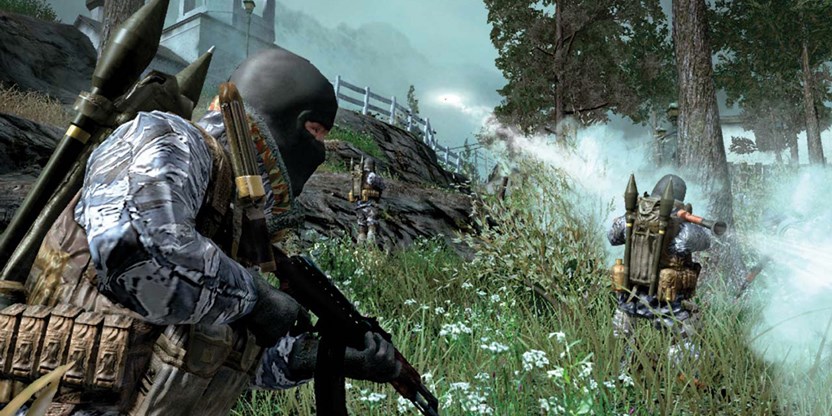 Given how big the Call of Duty franchise is today, it’s hard to believe that in years past, it wasn’t the juggernaut freight train first-person shooter that it is now, and most of its transformation can be attributed to Call of Duty 4: Modern Warfare. However, did you know that the studio was working on a sci-fi “Halo killer” title before they even started work on COD4?

In an interview, Infinity Ward Multiplayer Design Director Geoff Smith explained how Halo’s success made it difficult to compete in the same field when the studio was working on Call of Duty 2.

Once COD2 was out the door, Treyarch took the reins for COD3, while Infinity Ward started working on the next entry in the franchise. Studio Art Director Joel Emslie admitted that at the time, the studio didn’t even know whether it was going to make a modern military shooter or something that could compete with Halo.

We didn’t know if we were going to be able to do a modern game…It was a moment where we really wanted to take down Halo really bad, and we wanted to create a Halo killer. Part of the studio went off and was working on another game to do that.

Ultimately though, the studio decided to not go the sci-fi Halo route, and the rest, as they say, is history. COD4: Modern Warfare ended up as one of the most influential video games of all time, and is attributed to solely making the Call of Duty brand explode into mainstream.

Speaking of Modern Warfare, this year’s Call of Duty game is simply titled Modern Warfare, and is considered a soft reboot of the Modern Warfare series of games. You can check out all the info we have on it right here on its game hub.