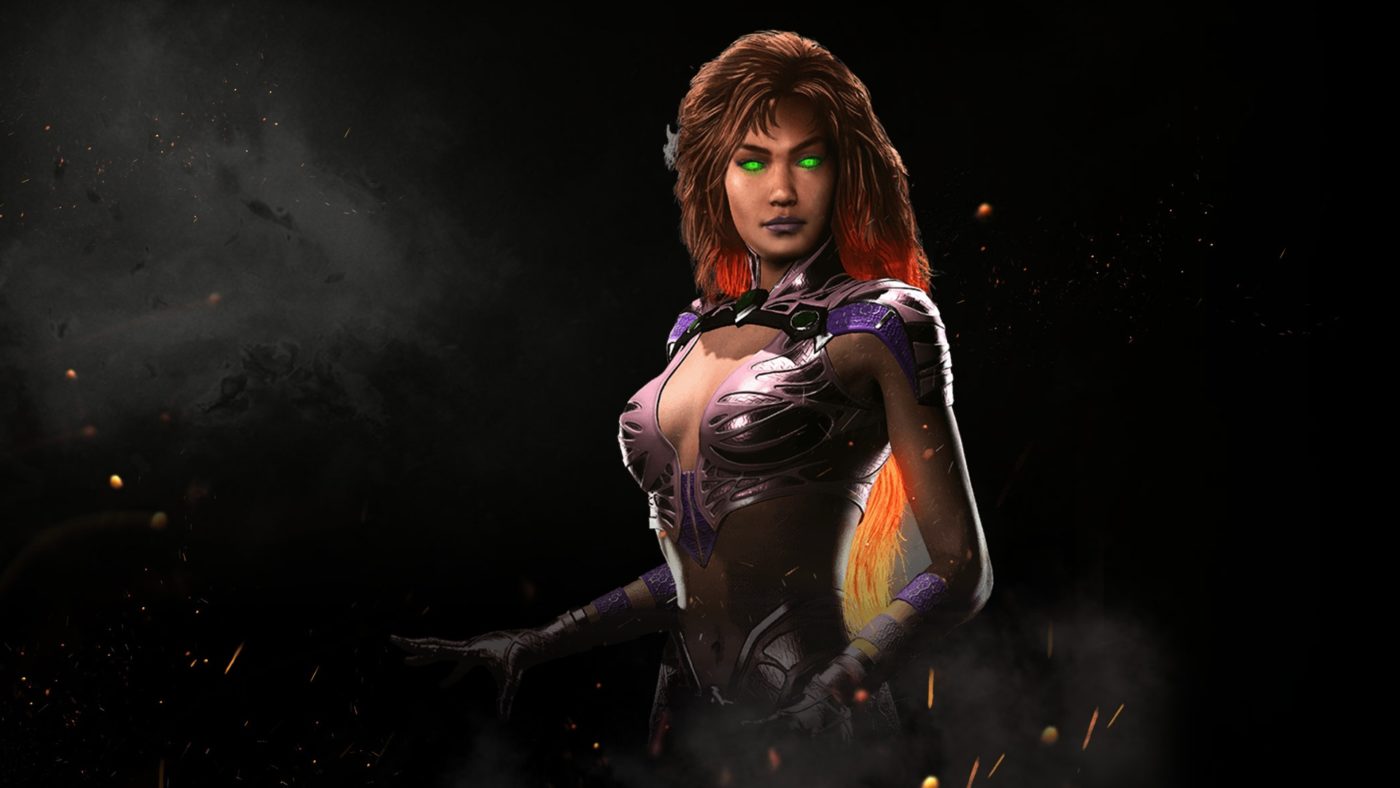 If you don’t own any of the above editions of the game, but still want to play as Starfire, you’ll be able to buy her individually on August 14.

For an idea of what Starfire can do, check out her gameplay trailer:

As the next Queen of Tamaran, Princess Koriand’r found herself the victim of her fratricidal sister’s vengeful plot that resulted in their planet being conquered. Now a royal exile on Earth, Koriand’r uses her ability to absorb and convert ultraviolet energy as Starfire.

She has quite a few tricks up her sleeve, including flight and a variety of projectiles. Her super move is also “out of this world.”

IGN has put together a montage of Starfire’s intro sequences, which can be viewed below.

What do you make of Starfire? Will you be trying to master her moves in Injustice 2?