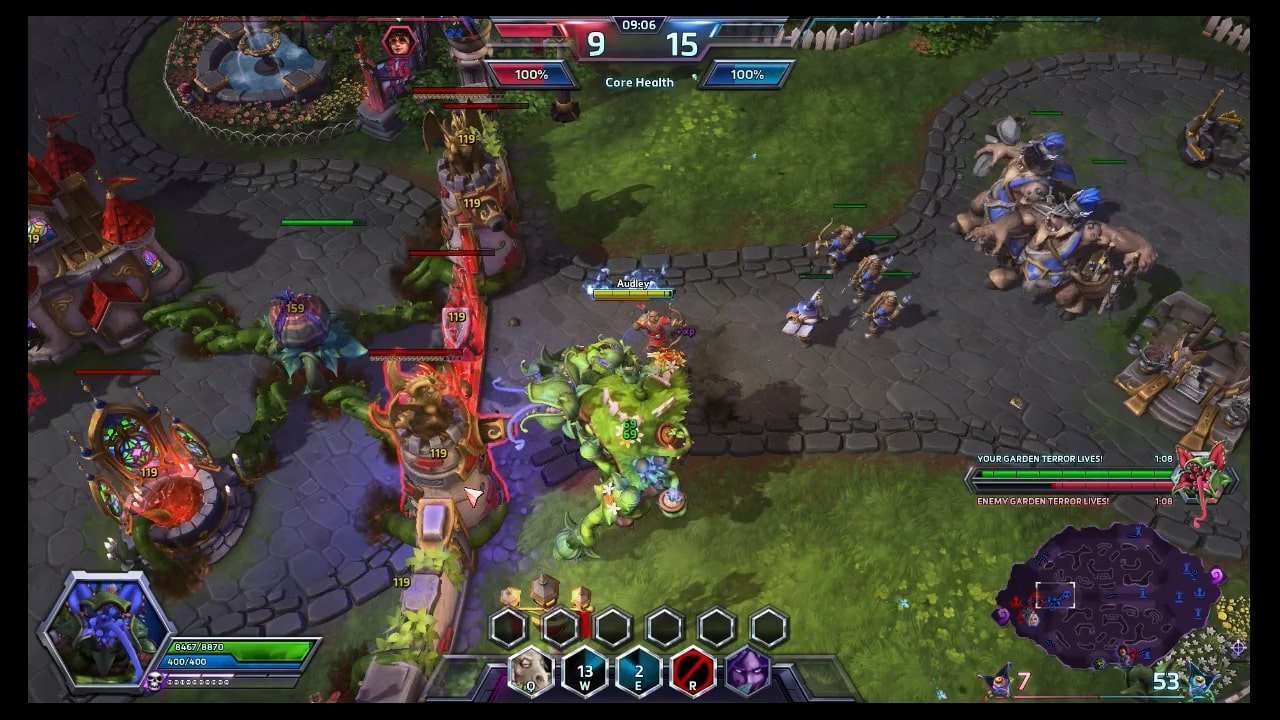 Are you a fan of Blizzard’s MOBA (Multiplayer Online Battle Arena) game Heroes of the Storm? If so, you might want to sit down before reading further.

In a new post by Blizzard simply titled “Heroes of the Storm News…”, the studio has made a few announcements regarding the game, and it might be a cause for concern among the community. Blizzard states that due to the studio having more live games and unannounced projects in the company’s history, they’ve decided to “shift” some developers from Heroes to other projects.

In addition to that, Heroes of the Storm eSports are being affected too. Heroes Global Championship, and Heroes of the Dorm will both not return in 2019. While both bits of news are a bit distressing to hear for Heroes fans, Blizzard assures players that they are “setting up the game for long-term sustainability.” Check out some of the important bits of Blizzard’s message below.

Over the past several years, the work of evaluating our development processes and making hard decisions has led to new games and other products that we’re proud of. We now have more live games and unannounced projects than at any point in the company’s history. We’re also at a point where we need to take some of our talented developers and bring their skills to other projects. As a result, we’ve made the difficult decision to shift some developers from Heroes of the Storm to other teams, and we’re excited to see the passion, knowledge, and experience that they’ll bring to those projects. This isn’t the first time we’ve had to make tough choices like this. Games like Diablo II, World of Warcraft, StarCraft II, Overwatch, and more would not exist had we not made similar decisions in the past.

Despite the change, Heroes of the Storm remains our love letter to Blizzard’s worlds and characters. We’ll continue actively supporting the game with new heroes, themed events, and other content that our community loves, though the cadence will change. Ultimately, we’re setting up the game for long-term sustainability. We’re so grateful for the support the community has shown from the beginning, and the development team will continue to support Heroes with the same passion, dedication, and creativity that has made the game such a unique experience.

We’ve also evaluated our plans around Heroes esports—after looking at all of our priorities and options in light of the change with the game, the Heroes Global Championship and Heroes of the Dorm will not return in 2019. This was another very difficult decision for us to make. The love that the community has for these programs is deeply felt by everyone who works on them, but we ultimately feel this is the right decision versus moving forward in a way that would not meet the standards that players and fans have come to expect.

Is this a cause for concern? Maybe. If you’re a Heroes fan, are you worried about the game’s health and player base? Or is this not that big of a deal as long as Blizzard continues to support the game? Let us know your thoughts in the comments below.