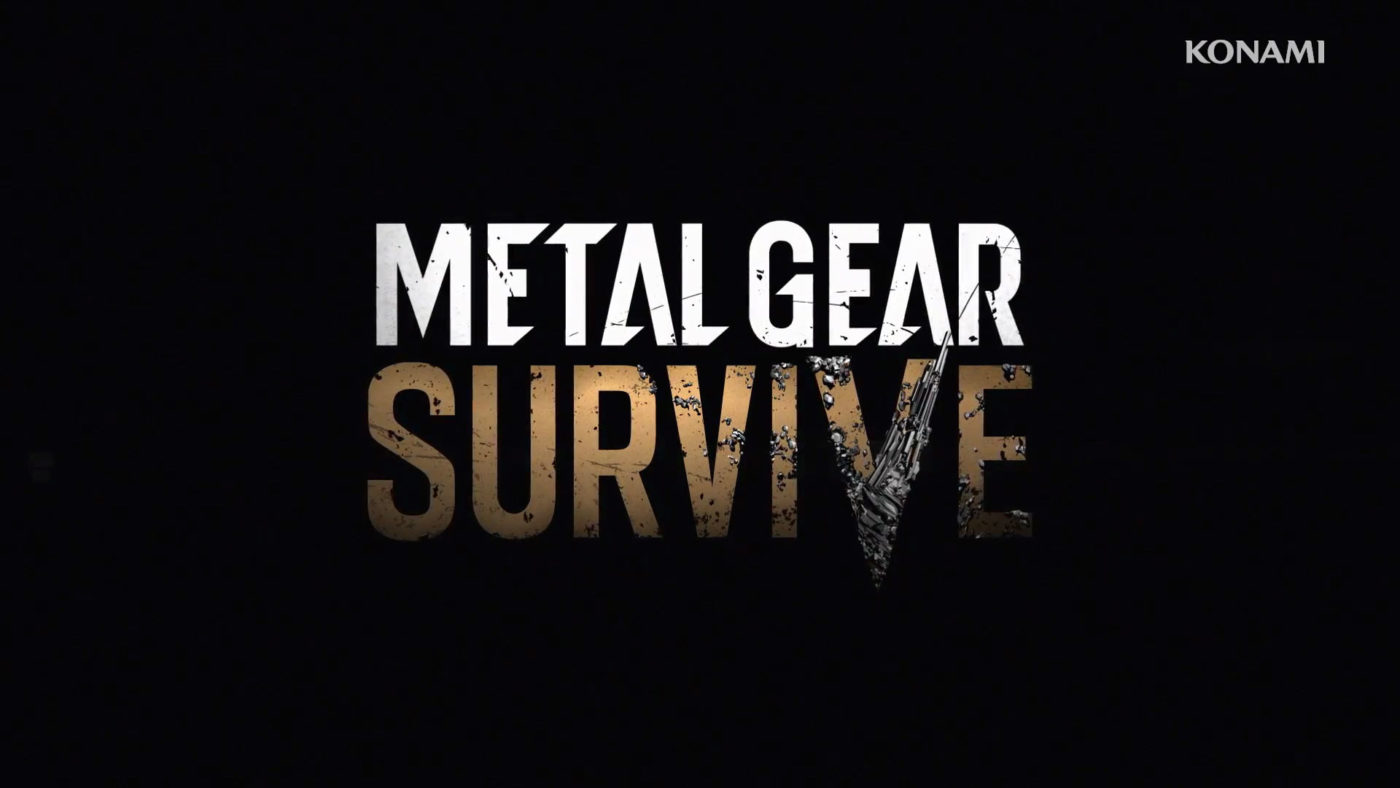 With Konami severing its ties with the mastermind behind the Metal Gear franchise, Kojima, many fans were left wondering what exactly does this mean for the beloved series. Sadly, unwanted spin-offs, it seems.

Let’s start off by saying this; The game doesn’t look bad, though it does look generic in this already over-saturated zombie market. It could be fun. It could be bad. We won’t know until it releases.

The issue is, however, the fact that Konami is taking such a beloved franchise and doing exactly what many had feared they would do with it; tainting it. What we have here is essentially a game piggybacking on the Metal Gear success. It literally takes place in an alternative universe, so you know it won’t have much to do with anything Metal Gear related. In fact, judging from the trailer alone, this is more akin to Resident Evil than it is to Metal Gear. The only thing the game looks to have going for it that makes it common with Metal Gear is that it’s using the Fox Engine. Otherwise, nothing shown in the trailer screams “Metal Gear.”

One could argue that Metal Gear Revengeance, another Metal Gear Spinoff, also falls in line with Survival. However, that actually made more sense. I mean, the main character is a cyborg ninja who hacks and slash his way through enemies, which established as a trait for that character in Metal Gear Solid 4. Konami was smart about moving away from the main series, as to leave its original creator work alone. Now, that is where Revengeance excels. It didn’t revolve around the major main character. No. Instead, they (Platinum Games) took one of the most hated characters (Metal Gear Solid 2) in the series and actually worked off what made him ‘cool’ in MGS4. Taking control over a kickass cyborg ninja was cool. The game took place after MGS4 and made little to no references, yet it worked as a standalone because the character had already been established as such.

Its no surprise that Konami would take Metal Gear in a different direction as proven in the past, but what of Kojima? Well, when Metal Gear Revengeance was announced the man really didn’t want much to do with with that specific project. And though the title was still made, Kojima eventually budged and lent a helping hand with their trailers. Even afterwards, it seemed that how well the spin-off was handled Kojima did want to get involved with it’s sequel, which has not been made yet. Kojima presented Platinum Games with his idea, which was instead of having Cyborg Raiden they could use Gray Fox. For those who don’t know who Gray Fox is, he was one of the series most earliest character, going all the way back to the original Metal Gear series. Upon his introduction in Metal Gear Solid 1, Kojima had transformed the character into a Cyborg Ninja. Fans of the series quickly supported the idea, although they disliked what he had to add after that suggestions. No one knows if he was joking, as it is question whether or not he was taking a jab at the developer team, but he did state in an interview with Videogamer that he wanted to have the game feature nano machine zombies. Many boards quickly expressed their opinion, with positives being towards Gray Fox and the negatives being swung at the zombie portion of the idea.

Metal Gear Acid were also a series spin-off titles and were essentially RPG card games. So, in the history of Metal Gear, Konami has always had titles that betrayed the fundamentals of the originals. Even so, of all the settings and ideas that Konami could have gone with for a spin-off, they choose zombies. Exactly how many zombie games are coming out in just the next year? Well, a lot, actually.

Call of Duty: Infinite Warfare just recently announced that it’s getting a zombies mode. We have the Dead Rising Collection releasing next month with Dead Rising 5 coming out in December. Sony has their Zombie survival title, Days Gone, potentially releasing next year. There’s also State of Decay 2 and Resident Evil 7. I can keep going, but you get the point. The game looks so generic when compared to all those other ones, it’s the whole reason why many believe they are just using the Metal Gear title as a selling point.

As a fan of the entire series, this is just a sad day to see Metal Gear, a game known for its tactical stealth action, be turned into another generic zombie shooter. The series could have gone in so many different ways, but no one was expecting this.

And the funny thing is, like stated, it doesn’t look half bad. But, it’s such an insult to just slap the Metal Gear name on something to sell it. Heck, even having it as DLC for MGS V multiplayer would have been far more acceptable. As a standalone game, though, this is the first real title that Konami has come out with since MGS V released that’s related to Metal Gear. As a first, it just doesn’t spell anything good for the future of the franchise.

This isn’t the only thing that is disappointing. Last year, the Silent Hills Project was confirmed as cancelled. For those who don’t know what Silent Hill is, well, it’s a survival horror game, that also happens to feature zombies and other grotesque creatures.

Kojima was set to work with famed film director, Guillermo Del Toro and actor Norman Redus on a new Silent Hill title. Little was known about said project, though much hype was built around the title when a demo titled “P.T.” released. In this demo, Kojima and his team demonstrated a conceptual idea that they had planned for Silent Hills. For many, the demo represented a wonderful return of the former glory that Silent Hill once was. Obviously the project is no longer in production since the break-up, though Konami has said that they would continue the series.

It’s odd to see a franchise known for it’s horror and survival aspect, and have it poured into another that is known for an entirely different reason.

What we have here is essentially a massive middle finger to both Metal Gear Solid and Silent Hill fans out there. Nobody asked for this game, yet everyone asked for a new Silent Hill.

Titanfall 2 Gameplay from the Technical Test