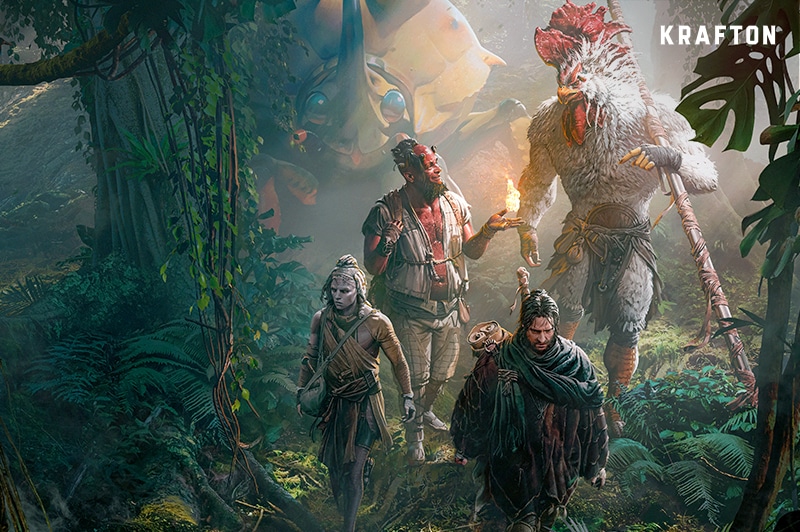 KRAFTON, Inc. revealed that the developer is working on an untitled game project today that is based on a Korean fantasy novel, ‘The Bird That Drinks Tears.’ The novel is written by Yeong-do Lee, a popular author in the Korean fantasy novels genre, who is also among the best-selling fantasy novelists in Korea with multiple millions of copies sold.

The developers hired Hollywood concept artist, Iain McCaig back in 2021 to help translate the novel into a game. McCaig is known for his work for character visualizations for franchises including Star Wars, The Avengers, and Terminator. The developers have also launched the game’s official website that showcases concept art featuring key novel characters and environments. Fans of the novel ‘The Bird That Drinks Tears’ will recognize the environment immediately and the novel’s four races including Human, Rekkon, Tolebi, and Nhaga.

Here’s a short description shared by KRAFTON for their untitled project.

This ambitious project aims to bring the original fantasy universe of The Bird That Drinks Tears to life through its unique and refreshing fantasy races, beautiful, haunting landscapes, and gripping, immersive, and poignant stories.

No word on when we can expect a full reveal, or which platforms this is targeting, but a good guess is it’ll come to PC, and current-gen (PS5, Xbox Series X|S) platforms.

Lastly, KRAFTON has announced that it is ‘aggressively recruiting the world’s top development talent’ as well to help them create this game. For more information about KRAFTON’s untitled fantasy project, make sure to check out their website.