To the surprise of the attendees who went to see The Last of Us Live theater event, Naughty Dog showed off an exclusive live acted scene that was in the concept stage and originally planned to be shown post credits in The Last of Us.

The Scene as described by attendees:

“The scene takes place at Tommy dam one night 4 years later. Joel talks about how Tommy trying to get Joel hitched to a girl named Esther. El lies acting fairly distant, probably conflicted about joels lie. Joel then said he has a special gift for her and busts out a guitar. Then he plays a special song for her. Then he gives her guitar and promises to teach her. The scene ends with her striking a note on the guitar”

Niel also stated that this scene will never be released and that this was a goodbye to Joel and Ellie.

Oddly enough, the scene seems to match up a bit with a concept art by a Last of Us concept artist, Marek Okon. He stated that this doesn’t have anything to do with the sequel, though one can’t help but wonder now. 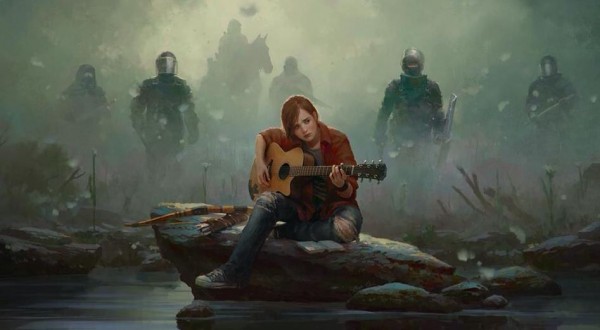 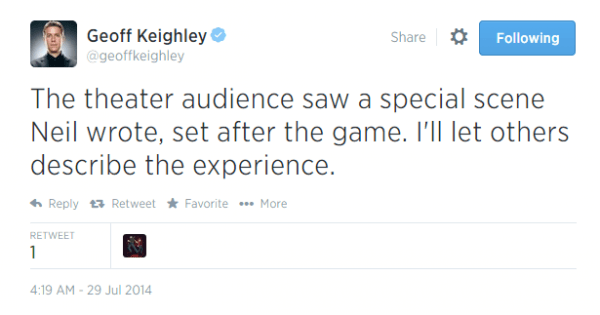 The big audience-only surprise: Troy and Ashley acted out a deleted scene from the game that takes place AFTER the ending. #TheLastOfUsLive

The team has been hinting for some time that a potential sequel to The Last of us is in the talks, though nothing is solid. It would be interesting if they plan on continuing from where the title left off, or perhaps with whole new characters. Either way, we hope to get more as the multiplayer for the original one was an absolute blast.

Don’t forget, The Last of Us: remastered is set to release on the PS4 tomorrow.

The Last of Us: Remastered Now Available For Download On PS4