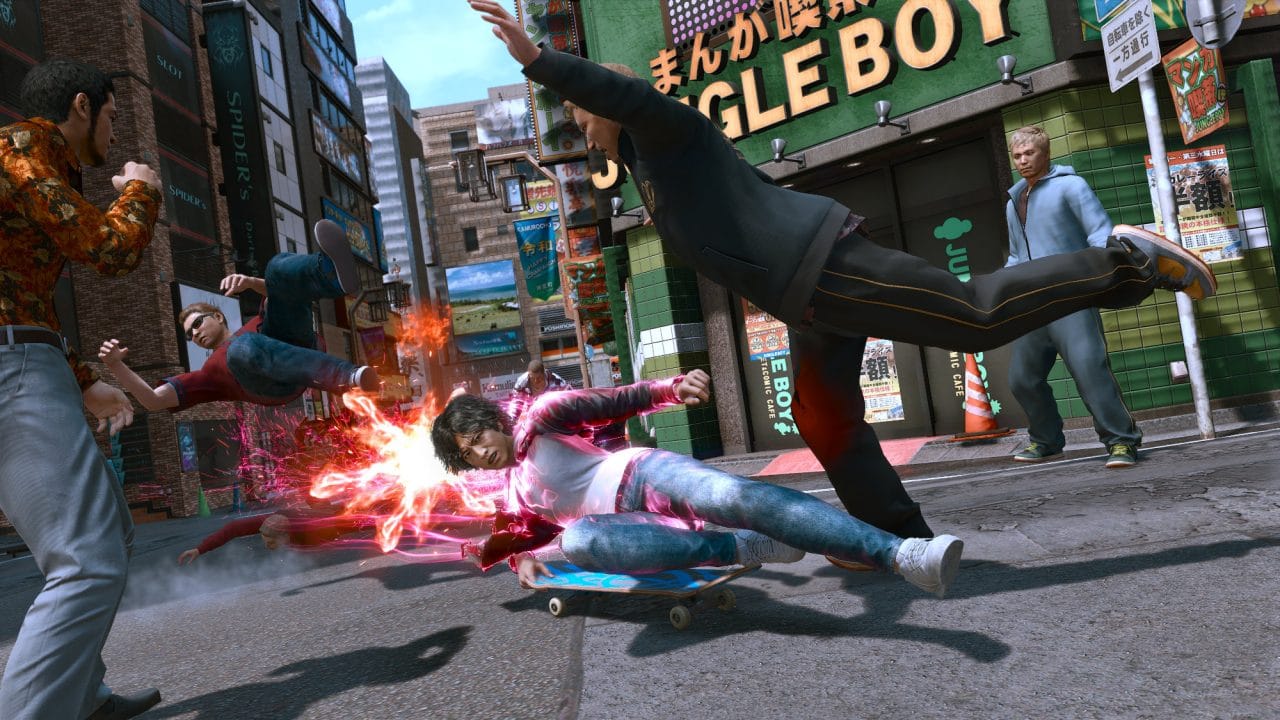 You know, a true marking of a great developer is one that is always listening to their community, and making changes all for the best of them, while not sacrificing what made fans love them in the first place. They produce games for the fans, all while still maintaining that very same passion and love that got them started making games. Ryu Ga Gotoku Studio (RGG) fits that bill splendidly, and with over 16 years of working on the Yakuza franchise, they have yet to disappoint in their mainline offerings. Of course, this isn’t about Yakuza, but instead their new spin-off series, Judgement.

Having released earlier this year for the PS4, my original review of Judgment held nothing but high praise. Sure, it did play to the same beats that the Yakuza franchise has been known for, but as a first entry in what hopefully is a long running one, it was a solid, new and exciting venture for RGG. With Lost Judgment now finally upon us, it’s once again time to hop into the shoes of hotshot detective Takayuki Yagami for yet another twist filled, emotional, head turning murder case.

The story of Lost Judgment begins under some rather odd circumstances. Reaching the conclusion of a court case, Genda Law Office, the agency previously focused on in the last title, is representing a man named Akihiro Ehara. With clear evidence stacked against him for groping a women in public, the verdict of Ehara is all but sealed. However, during the closing statement Ehara makes a startling reveal by identifying a mutilated corpse discovered by firefighters a few days earlier. 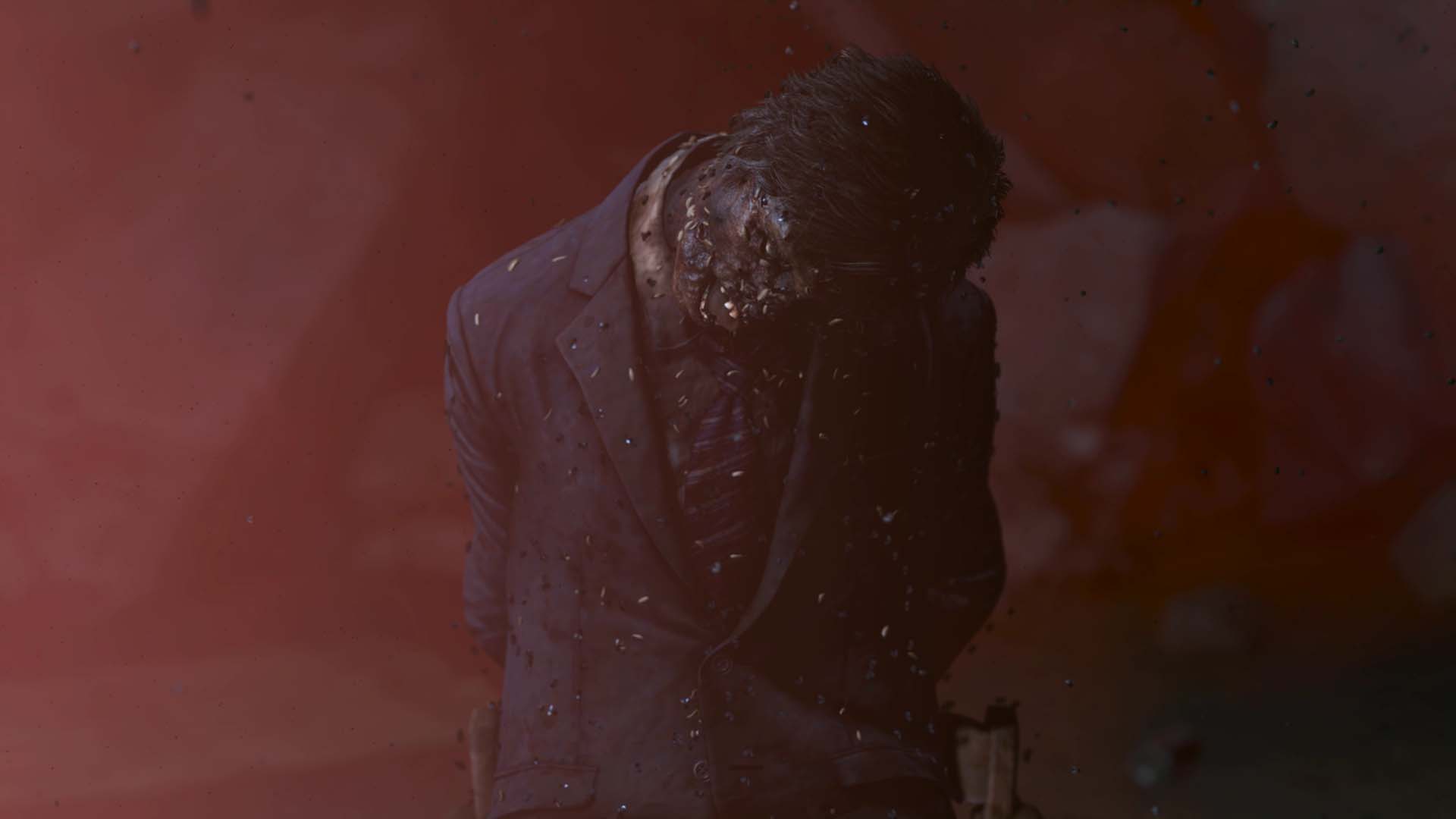 The body is revealed to be Hiro Mikoshiba, who was reported missing two months earlier. Akihiro Ehara has a history with Hiro, as he holds him fully responsible for the suicide of his own son. With Ehara having information of the mysterious murder, suspicions quickly falls on him, though it doesn’t hold as he has an established alibi of sexual battery. The representatives at Genda Law Office know better, and thus once again find their paths crossing with the private eye detective, Takayuki Yagami and company.

Coincidentally, Yagami just so happens to be on a case at Seiryo High School, the very same school that Ehara’s son went to and Hiro Mikoshiba taught at. What started out as a case to help weed out bullying at a school, quickly turns into a web of conspiracies — one that Yagami has to unravel.

As interesting as the premise of the story to Lost Judgment may be, I will say that it does take a bit of a backseat compared to the first game.

There’s far more filler sections, with the story feeling like a slow burn rather than a constant rush. However, because of this I do feel that RGG Studio is able to better craft the identity of Judgement than just being a “Yakuza spin-off.”

Take the detective side of the game. While the first game had plenty of it, it never felt fully realized. In Lost Judgment, there are tons of side activities that have a bigger focus on the detective lifestyle rather than the  beat-’em-up one from Yakuza. An array of gadgets can be used by Yagami to help solve cases, in plenty of instances without ever needing to raise a fist.

It helps that a lot of the story offered from these cases are delightfully amusing. There’s one case in the school of a reported body model coming to life. Upon investigation of the school you soon find yourself in chase of this body double as it throws their organs at you in attempt to escape. It doesn’t take long before you do catch this person and learn of the reason why they’re roaming the school late night in an anatomy outfit, which is just even more puzzling to begin with. 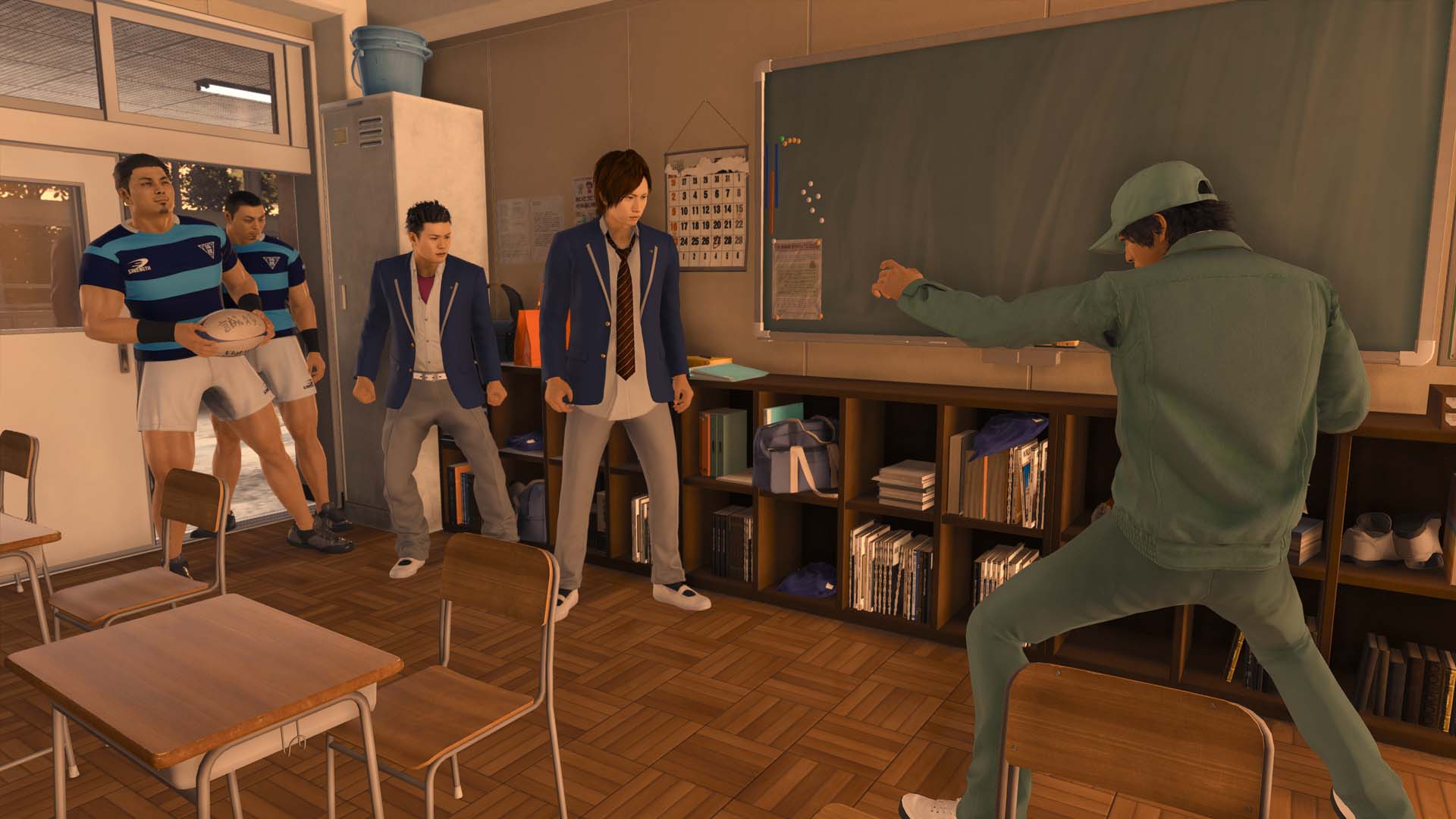 It’s that kind of silliness that made people fall in love with the Yakuza series, and Lost Judgement doesn’t anything back.

And as with every RGG title, the voice cast does a phenomenal job at portraying these characters. Never a missed beat, nothing phoned in, everyone gives it their all for one stellar performance. This is being said for both the English and Japanese voice overs, as every cast has a rich range of emotions that they unfolds throughout the campaign.

For me, Lost Judgement is more of the detective game we thought of in the first entry, thus cementing itself with its own unique experience. Newcomers will no doubt want to play the first before diving into Lost Judgement, but for the fans who wanted something a bit more personal with the detective side you’ll be glad to know Lost Judgment follows through. Of course, that’s just one side of the coin with the other being it’s high action pack combat that follows through with what previous Yakuza titles had to offer.

With the detective side of the game improved in the sequel, you may be wondering if RGG has made any other changes or additions in other aspects as well. First let’s talk about the combat. If you were someone who was disappointed with Yakuza: Like a Dragon being turn-based, you’ll be glad to know that Lost Judgement continues with the classic combat offered from previous Yakuza games.

However, like Judgment, Lost Judgement combat is more versatile when it comes to the environment. Yagami for example can wall jump from any flat surface, which comes in handy when you find yourself getting backed into a corner. Other moves sees him jumping over enemies with ease, and making use of whatever else is in the environment. Yagmi is after all younger than Kiryu (Yakuza franchise) so it makes a lot of sense that he is more agile and flexible.

That of course translates into the three available fighting styles, which are all so satisfying to use. They all have their own unique move sets that players can upgrade to unlock new combos. Not only that, but it’s extremely easy to switch between the three styles, adding a kind of depth to the combat that encourages you to explore it.

It’s definitely a more refined combat than what was offered in Judgement, though that was already excellent.

As for something new, Lost Judgement introduces sneaking, parkour, and skateboarding, though admittedly, these all feel lacking. Sneaking isn’t all that special as you’ll often toss a coin here and there for brief distraction.

For the parkour you’ll often find main objectives blocked off, requiring you to find an alternative route. These are predetermined routes, so the freedom you would expect from it isn’t entirely there. The inclusion of parkour is a nice one, and fits with the character, but it has a bit of a clunkiness to it. It’s not awful per se, and I would love to see more of it in future installments, as long as it gets improvements. 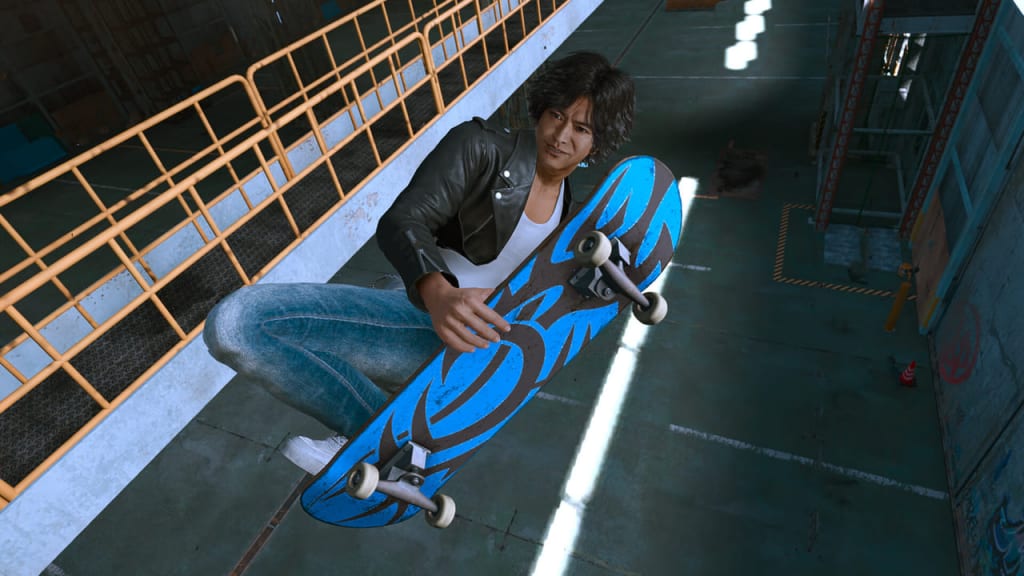 The Skateboarding on the other hand feels like a missed opportunity. It serves as a way to travel quickly, but comes off more of a trouble than it should be. Yagami can only skateboard while he’s on the street, and the moment he gets near a sidewalk, he’ll immediately hop off and go into a running state. This happened a lot, to the point that I found just running to be more efficient, or using the fast travel taxi system.

There are also lots of railings and still vehicles scattered throughout the city, but unfortunately you can’t grind off these objects. Now I’m not asking for a full blown Tony Hawk Pro Skater experience, but I feel if you are going to add skateboarding to a game, then it should allow you to interact with many of the world objects. Instead Yagami will just awkwardly bounce around as he hits or jumps on things.

Despite the criticism around the three new gameplay mechanics, they’re still welcomed additions to the series. I just hope that rather than scrapping them altogether, RGG takes the issues with them and improves if there is a ever a third Judgment installment.

Lost Judgment is exactly the kind of sequel that fans could hope for. While the story is undoubtedly toned down, its varied filled side activities and general gameplay improvements and additions helps cater the series into being its own unique identity outside of the Yakuza franchise. Taking everything that everyone loved about the first game, and learning from all the criticisms, Studio RGG has crafted (despite some faults) one exceptionally well played title that would make any fan of theirs excited to play. Like I said it in my previous review, the Judgment series is looking to shoulder the classic Yakuza experience in a new, and exciting direction and Lost Judgment just further proves that.

A Lost Judgment review code was provided by the publisher. Game tested primarily on PS5. You can read SP1st and MP1st’s review and scoring policy right here

Call of Duty Vanguard Is Getting a Comic Book, Here’s a Sneak Peek