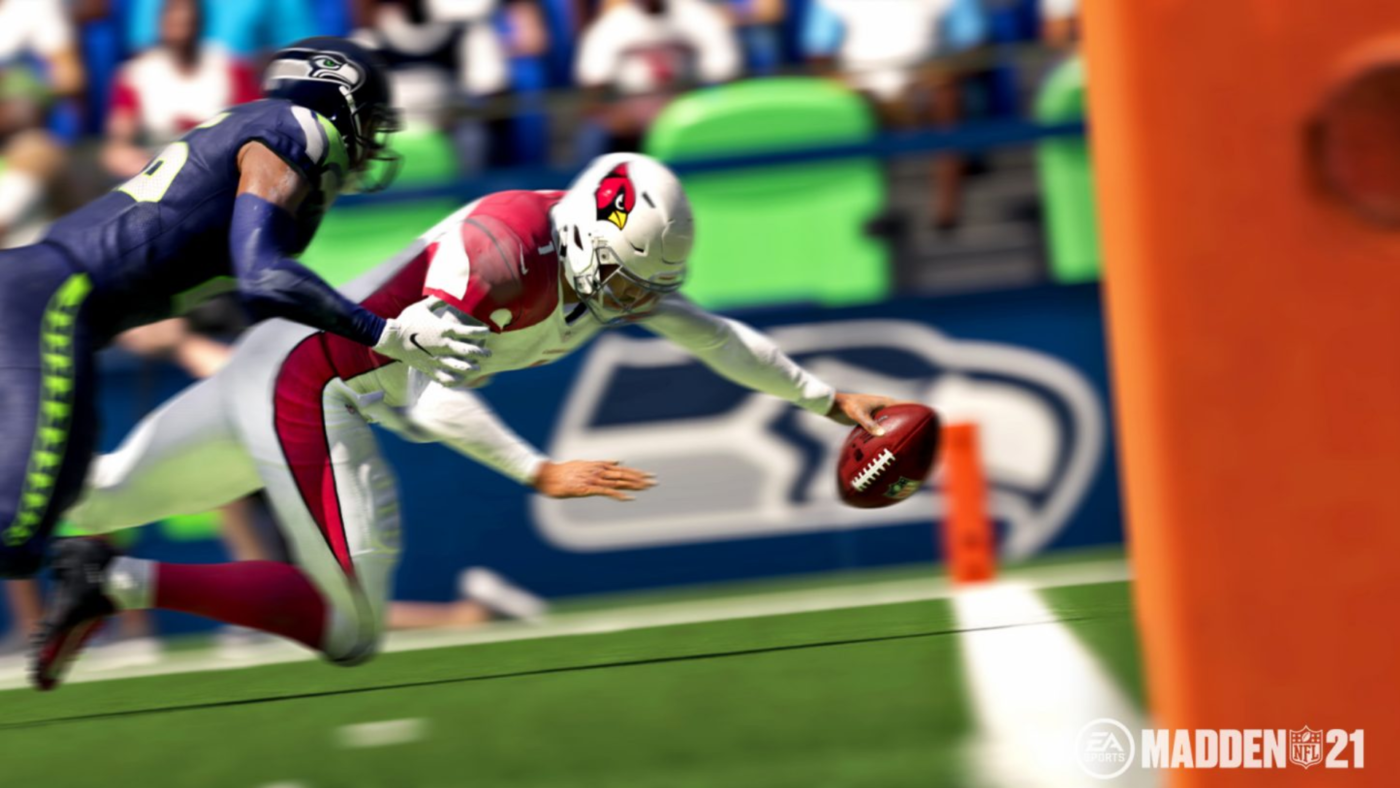 With August coming to a close, football fans rejoice! The 2020/2021 NFL season will be kicking off soon (although with no fans in the stadiums, thanks corona) and with that comes another yearly installment of Madden. From what I know about game development, I feel for studios that have to make sports games, I know it’s not easy coming up with new features and updates for a game that needs to be done within nine months of your previous game coming out. Unfortunately I doubt we will ever see EA ever give the developers more time by skipping a year because it just makes too much money for them. When you are the only game out there that has the NFL license and fans love football, people will continue to spend money on it. Ok, I’m getting off topic, how is this years gridiron game? Read on for our Madden 21 review!

I’ll get straight to the point, Madden looks terrible for a 2020 game when you come even close to the field. Playing from the normal farther behind the QB perspective the game looks decent. Stadiums look filled with fans cheering their minds off, player animations look fluid, and the games audio really gives the game that Sunday football feel, with players yelling audibles, and cheering whenever a big play is made. Thats until the game gives you any on-field camera looks, and you wonder how this and Battlefield 5 are made on the same engine. Player models have almost no details, with straw looking hair and facial animations that look like it was made in Microsoft Paint. This is made even worse in Madden’s story mode “Face of the Franchise.” Cutscenes are almost unwatchable, with phoned in voice acting, and some of the worse dialogue written in a sports game. Ever since Madden switched to EA’s in-house engine Frostbite, fans were expecting a decent leap in graphics for the game but four years later they are still waiting. The other large issue is how terrible the game runs. Menus can take upwards of 10 seconds just going from one to another (I was playing on a Xbox One X) , and that matters especially if you are playing any game mode with many different menus like Ultimate Team or franchise mode. EA says a day one patch will fix many of these issues and I will update my review if it makes it any better. 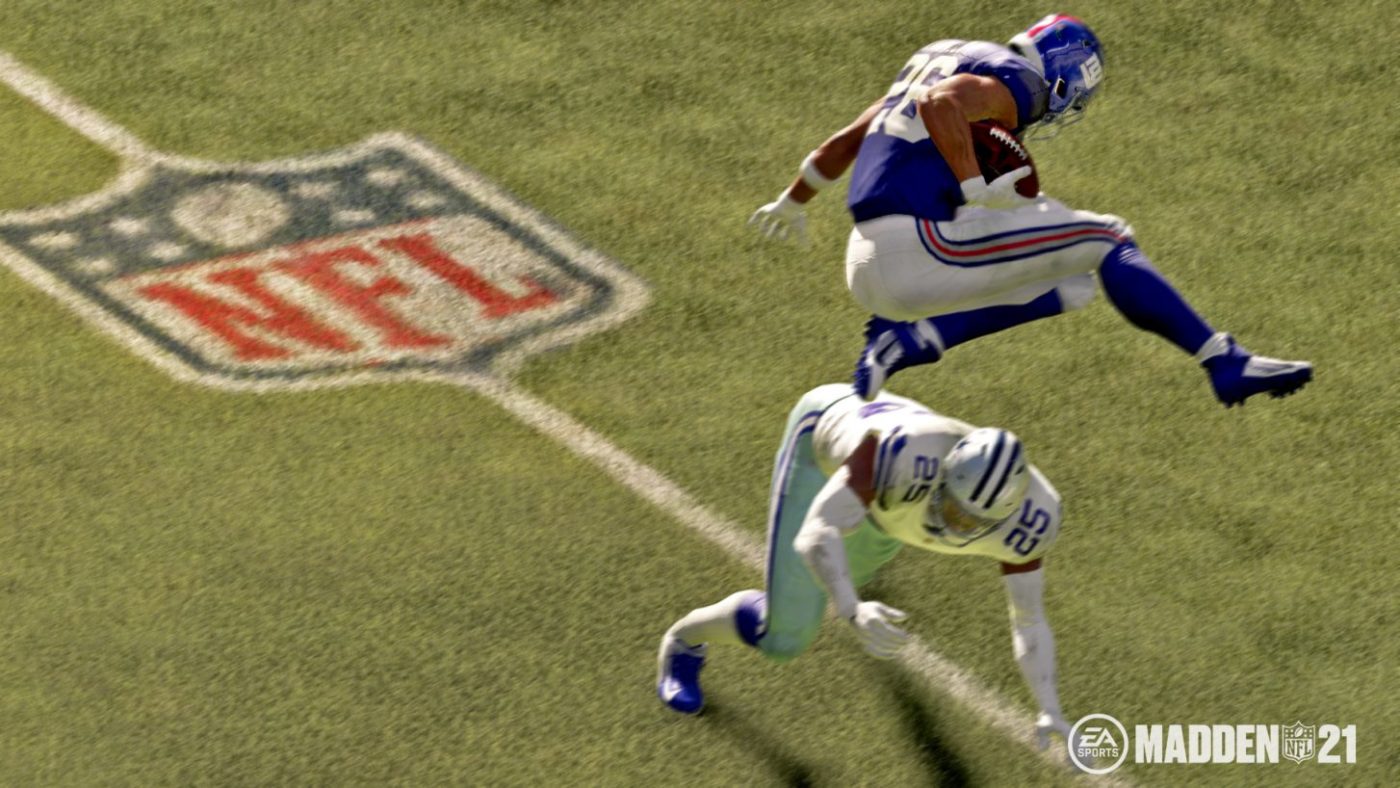 The presentation for the game is still one of my more frustrating things with Madden because it has not changed in years. The production on game day basically starts with the players coming onto the field, a quick montage of them doing things in slow-motion, then right into the game. Even halftime is just highlights of some plays that happened in the first half, and it makes me wonder why EA won’t take any notes from 2K’s NBA series? Replays with actual commentary about what just happened, a halftime report inside of a TV studio, even something small like actually celebrating touchdowns with teammates, instead of awkwardly selecting a dance and having your player perform it while everyone on the field is walking away. An in-game broadcast production with pregame, highlights and hell even a halftime show for the Super Bowl would go along way to making players feel immersed into the actual game. Madden just seems to think that no one cares about that stuff, but in 2020 a game that is running a full 60 dollars needs some new presentation.

Their are a few new selections of the game-mode suit to Madden this year. As mentioned above, the Face of the Franchise mode has you making a character and taking them from backup high school player to NFL super star. Playing in college is pretty cool, same with competing in the NFL combine but these are one-off experiences. The game makes you think that your choice in selecting dialogue matters, but it basically does nothing to the overall completion of the story. You have Ultimate team, which is EA’s cash-cow in Madden, where opening card packs and building a fantasy team from scratch by completing challenges and getting better players is the goal. It is still borderline pay to win, and the fact you start fresh every year with a new team means any money people spend on cards has a limited time use before the next entry comes out. Even my time in the trial, it’s very obvious when bringing your team online which users have already spent money on card packs. With so much of Madden controlled by CPU, stats come to affect the game massively, especially in ultimate team when a seasoned vet can get beat by a less skilled player all because they have spent money on a better team. 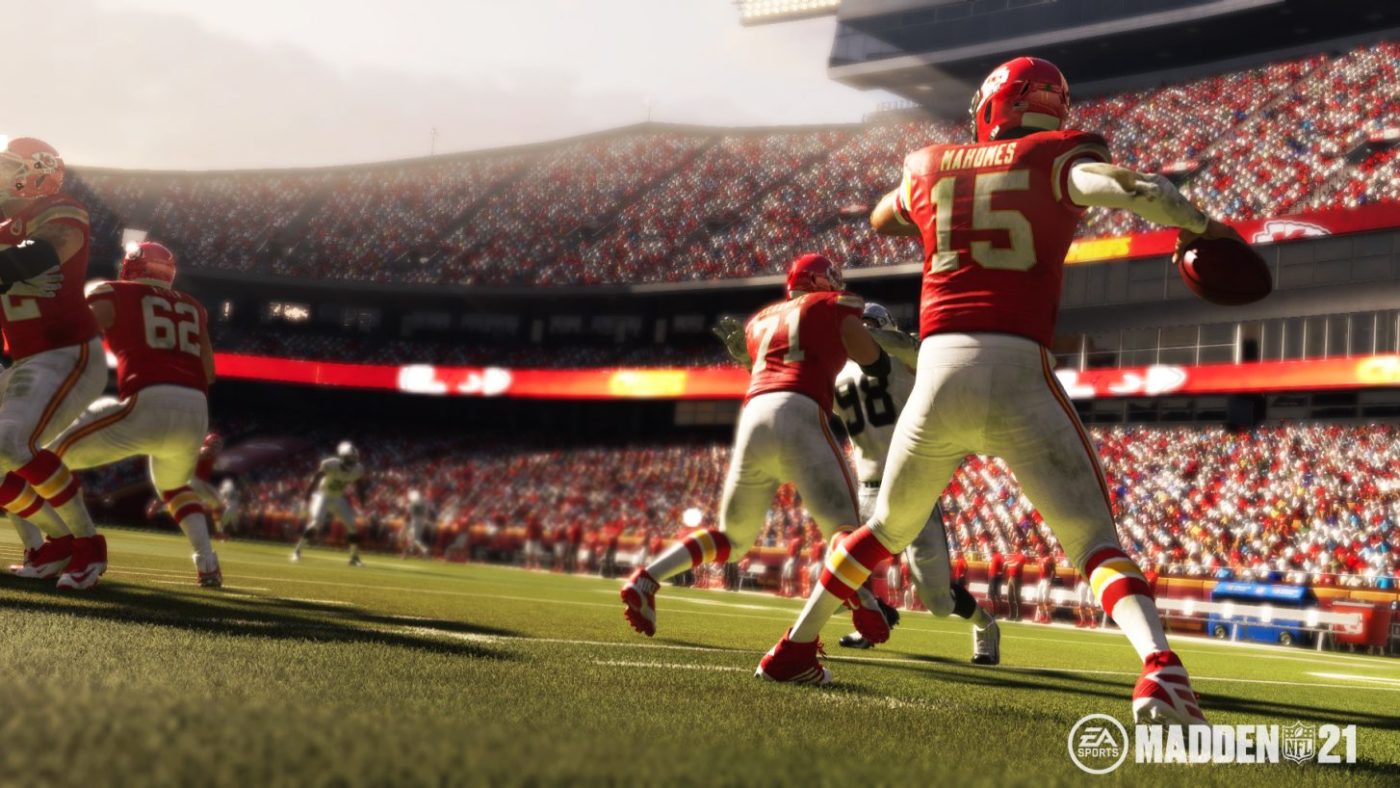 Franchise mode is back, and yet again continues to be shafted by EA with basically the exact same features year after year (even down to the exact same menu layout). I love getting some friends together, selecting teams and having a fantasy draft for our franchise league, but the issue is that franchise mode just doesn’t bring in any money so it seems it will continue to get the short end of the stick.  Superstar KO also makes it’s return from Madden 20, and its most enjoyable with friends. Up to three people on select what they want in their core team and each selection has strengths and weaknesses. Want a strong pocket passer? Your run game will take a hit. Want a strong corner team on defence? Your defensive line will be weaker. It’s a fun arcade mode that is all about playing to your strengths and minimizing weaknesses that you and your squad will have to combat while taking on others online.

That’s not to say Madden 21 is completely devoid of anything new. The most welcome gameplay feature is the ability for offensive and defensive linemen to select how they want to attempt to rush or block the opposing team. It’s essentially the skill stick, but this gives a whole new dynamic to playing these positions besides just pushing forward on the stick and hoping your player wins the battle. You can select a bull rush, club arm and a few more types of rushes, and hopefully this new feature makes playing these positions a little more enticing. The new mode Madden introduces to us this year is called The Yard, a 6v6 only mode that clearly was meant to invoke how many people might of played football at recess back in elementary school. You make your own player and as you play the Yard, you gain XP that can be used to level up skills and buy new equipment. It’s a fun mode that can be played without having to think to deeply into it, but other then getting new gear and unlocking new stadiums, their really isn’t much to it. The crazy ruleset The Yard invokes the long gone Blitz series. Rules like the field is only 80 yards, there is no time limit to the game, just three possessions per team, and you get bonus points for things like interceptions and throwing a TD after already passing the ball once. I could be speculating here but after it was announced that 2K would get an NFL license for an “arcade style” football game, I think EA made this mode as a direct response to that. Either way it’s a mode you definitely want to get a few friends together to play, it was easily my most enjoyed mode 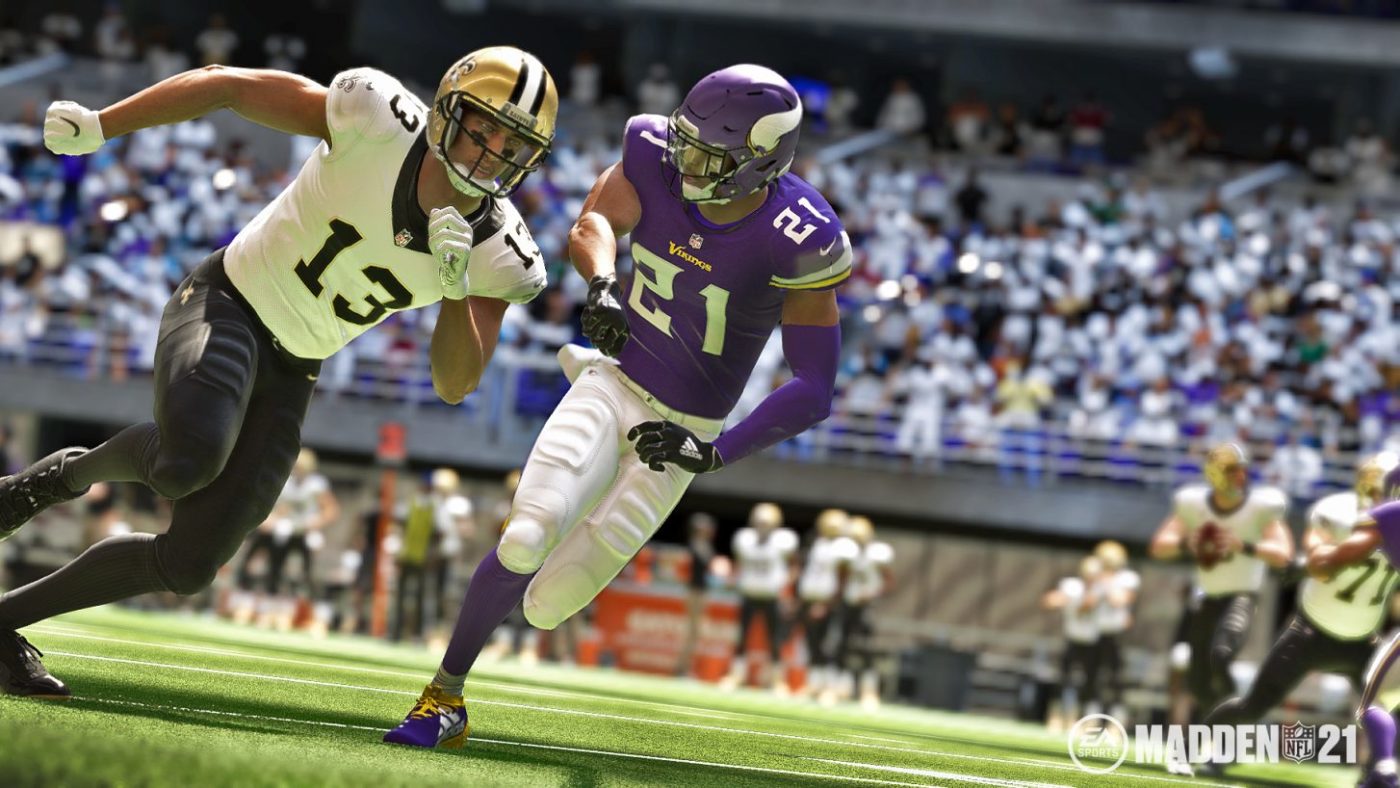 Review copyof the game provided by the publisher.Reviewed on the Xbox One X. You can read SP1st and MP1st’s review and scoring policy right here. Madden 21 is now available on PC, PS4, and Xbox One systems for $59.99