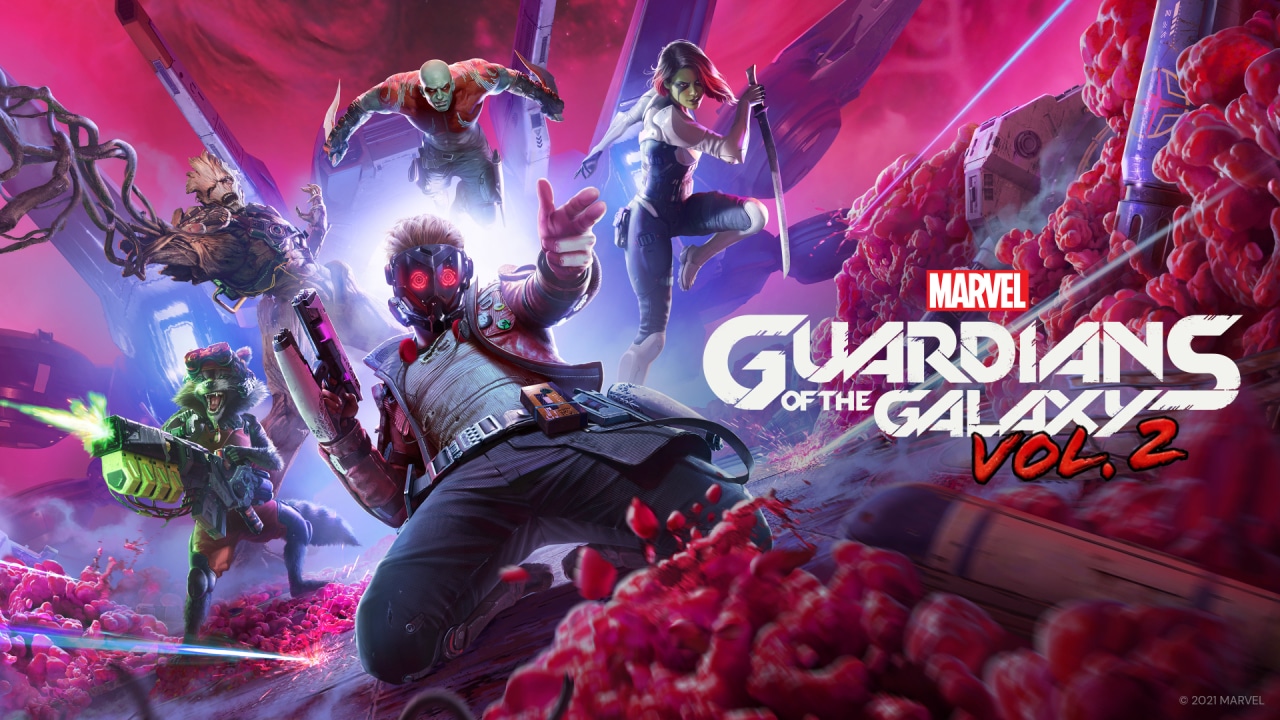 A month has nearly gone by since the release of the Marvel’s Guardians of the Galaxy game (read our review here), and chances are, if you picked this up then you probably have already beaten the lengthy campaign it had to offer. With so much crammed into the story, developers Eidos-Montréal ensured that most of the opened plotlines were closed by the time you had reached the final act. So the big question is, where do the Guardians now that they’re free to do whatever they want? Well we have some ideas on where the Marvel’s Guardians of the Galaxy game sequel can go on next.

!!! Spoiler Warning !!! – If you haven’t played or finished the game, I suggest doing so before diving any further.

1. The Story of Star Lord’s Father 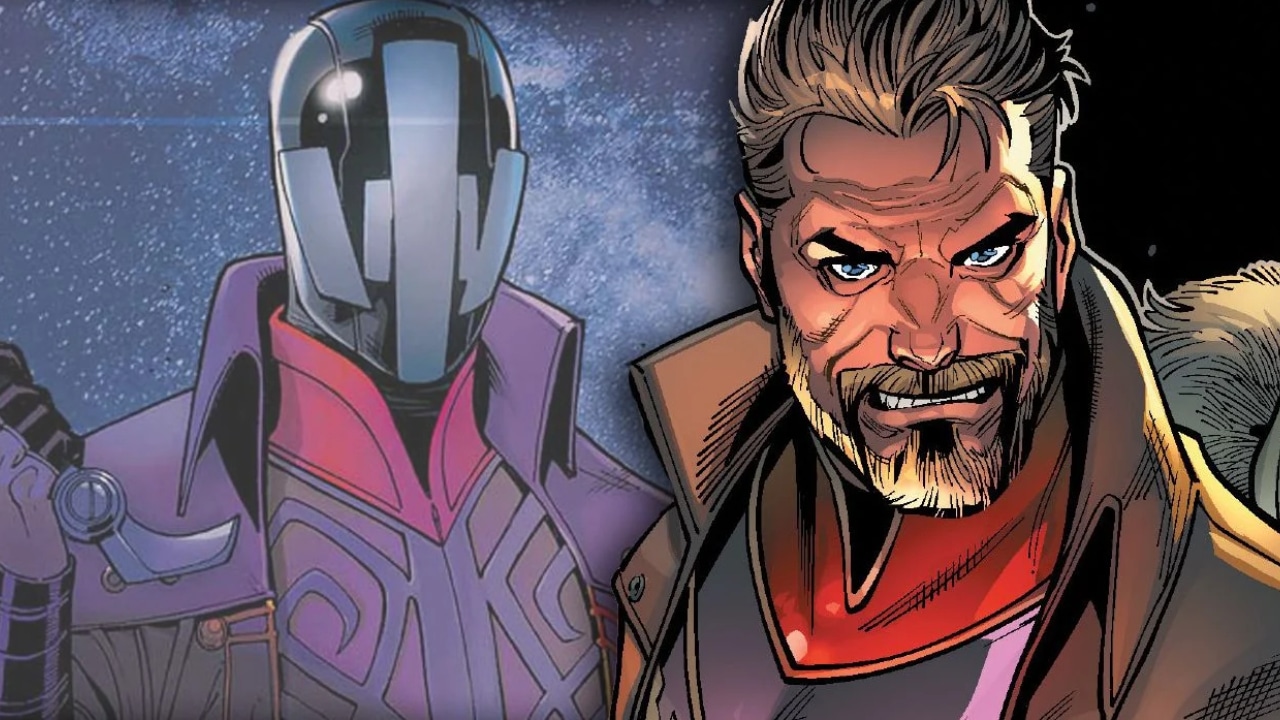 If you’re a fan of the Marvel Cinematic Universe then chances are you’re thinking about Kurt Russel’s Ego the Living Planet. However, this was actually a change made for the movies, as in the comics, Peter Quill’s real father is named J’son and is actually the current emperor of the Spartax Empire.

While not directly named. Peter’s mom did give him a set of guns left by his father, and explained to him that his father was a very important person on his planet as he is a king, thus making Peter the prince of Spartax. Drax, along with the other guardians will also make references to Peter’s royal blood.

Unless I missed it, as of now, the status of J’son is currently unknown in the Marvel’s Guardians of the Galaxy game. This to me would be the perfect story to tell next, especially if Eidos wanted to tell something more personal. To give you a short gist of it, it’s essentially the story of Star Wars, the one where Darth Vader tries everything in his power to get his son to rule by his side. This is precisely what J’son wants for Peter, to be his Luke to his Darth Vader.

However, if there is any truth to what Peter says about the state of Spartax, then there may not be an empire anymore as the planet was apparently “sacked” during the galactic war. It would have needed to build back up in those 12 years since the war ended, which Peter seems confident it hasn’t.

Of course there are other stories they could use J’son for, as if they didn’t want to make him an all power hungry emperor, they could also go with his equally villainous role, Mister Knife. With no empire to rule anymore (in the comics he gets the boot,) J’Son resorts to a life of crime under the guise “Mister Knife.” and amasses a criminal empire. Assuming Peter isn’t the reason he’s no longer the ruler of Spartax, Eidos will obviously need to change some of the story to make it fit better, but it’s one that can work so perfectly well, especially if they’re wanting something more personal.

2. Thane, the Son of Thanos 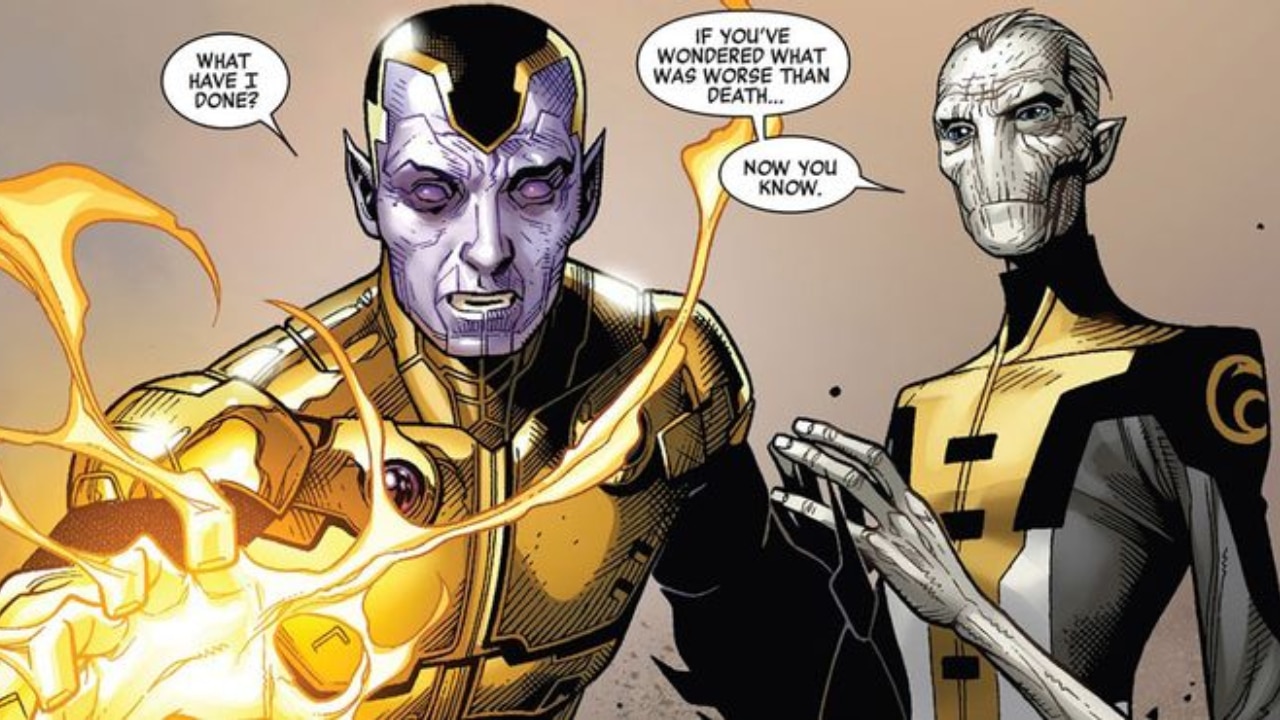 If we are going to talk about a potential story with Peter Quill’s father, then we need to include one for Thane given his history with J’son in the comics. Known as the son of Thanos, Thane is an inhuman who processes an immense amount of powers. However, for the better part of his comic book history he has mostly served the puppet role, never quite living up to the Mad Titan name given to his father.

Perhaps it’s time for that to change? With Thanos killed by Drax the Destroyer, Thane has all the motives he needs to want to go after the Guardians, but only if Eidos Montreal is willing to make drastic character changes for him versus his comic book counterpart.

Plus he certainly could make for a formidable foe to take on Adam Warlock, who is now part of the Guardians.

3. The Guardians of the Galaxy Vs. The Ravagers 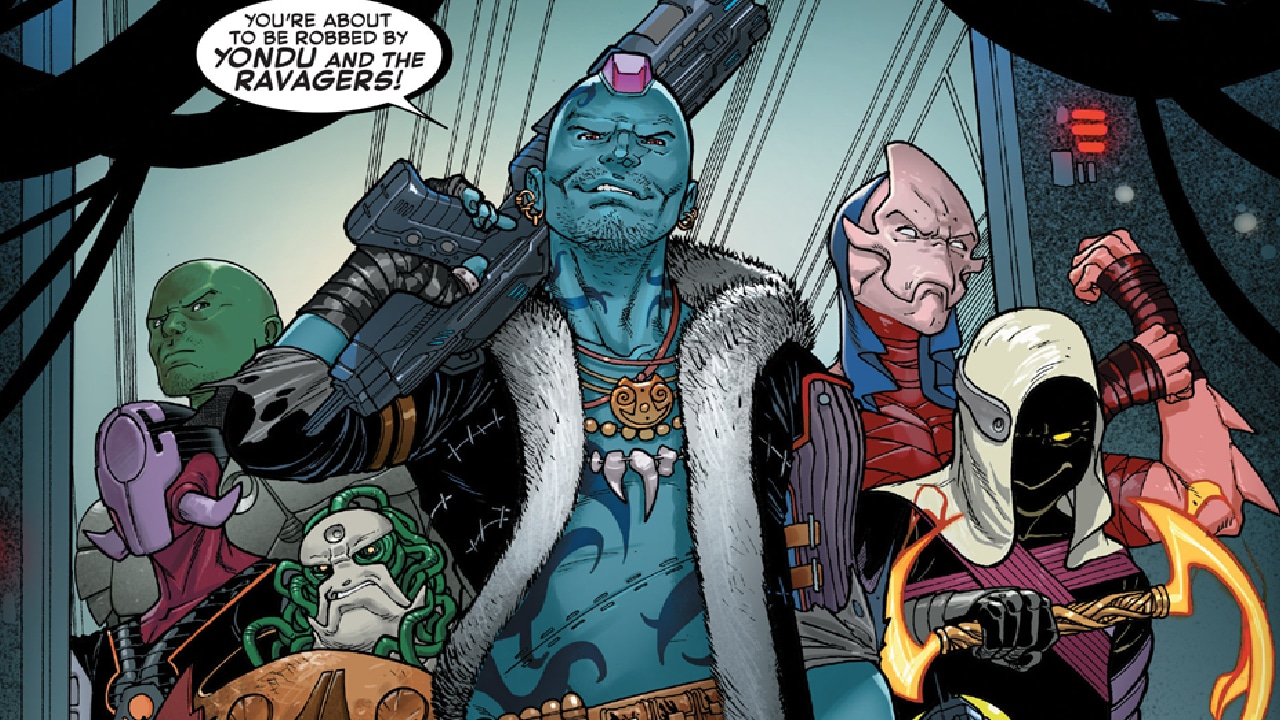 Throughout the entire campaign of Guardians of the Galaxy, one big question that kept popping up was, where in the world was Yondu Udonta? Well, the answer to that came near the end, when Peter revealed that Yondu Udonta was stuck in the Kyln, a galactic prison for the most dangerous criminals.

A plan suggested by one of the Guardians was to break him out so that he and the Ravagers could aid them in their final fight with the Church. However, the plan was rejected as not only did Peter imply that he betrayed Yondu, thus the reason he’s in prison, but most of the ravagers were scattered across the galaxy after the Galactic War. The forces they would have been able to rally up simply would not have been enough against the Church.

While they may not be some big galactic threat, a story revolving around Yondu and the Ravagers might be one worth telling. In the very least, they could be a good set of supporting cast for the sequel to tell in a bigger picture. 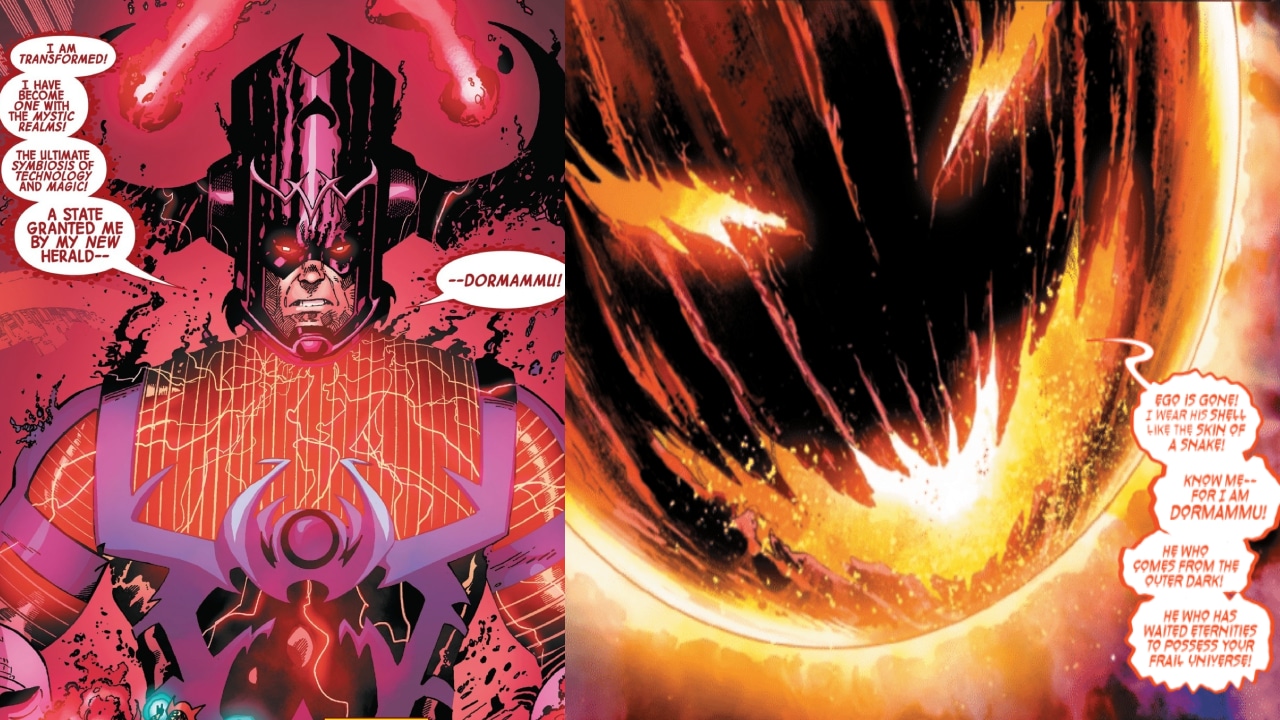 What could be worse than one cosmic threat? Well, what about three? While the likelihood of all three of these characters would share the same screen, it is not out of the question that we could potentially see at least two of them.

More so specifically, Ego the Living Planet and Dormammu. While we’ve already seen both of these characters appear in the MCU, I think fans wouldn’t mind if they showed up in the game, especially if they were more comic accurate. Though perhaps that isn’t enough to differentiate itself? Ok, how about a fused version of Ego and Dormammu then? Yup, this was actually a thing that was introduced in the current ongoing The Last Annihilation series where Ego and Dormammu became one to form the ultimate cosmic threat.

If the sequel needs some sort of big bad galaxy threat, then who better than this insane team up?

Of course, Galactus also fits that bill as he ventures in space, consuming every planet he passes by. Him and Ego have some history, considering that Galactus wants to devour planets and Ego himself is one. He has also fused with Dormammu in the past.

5. Thanos and the Infinity Stones 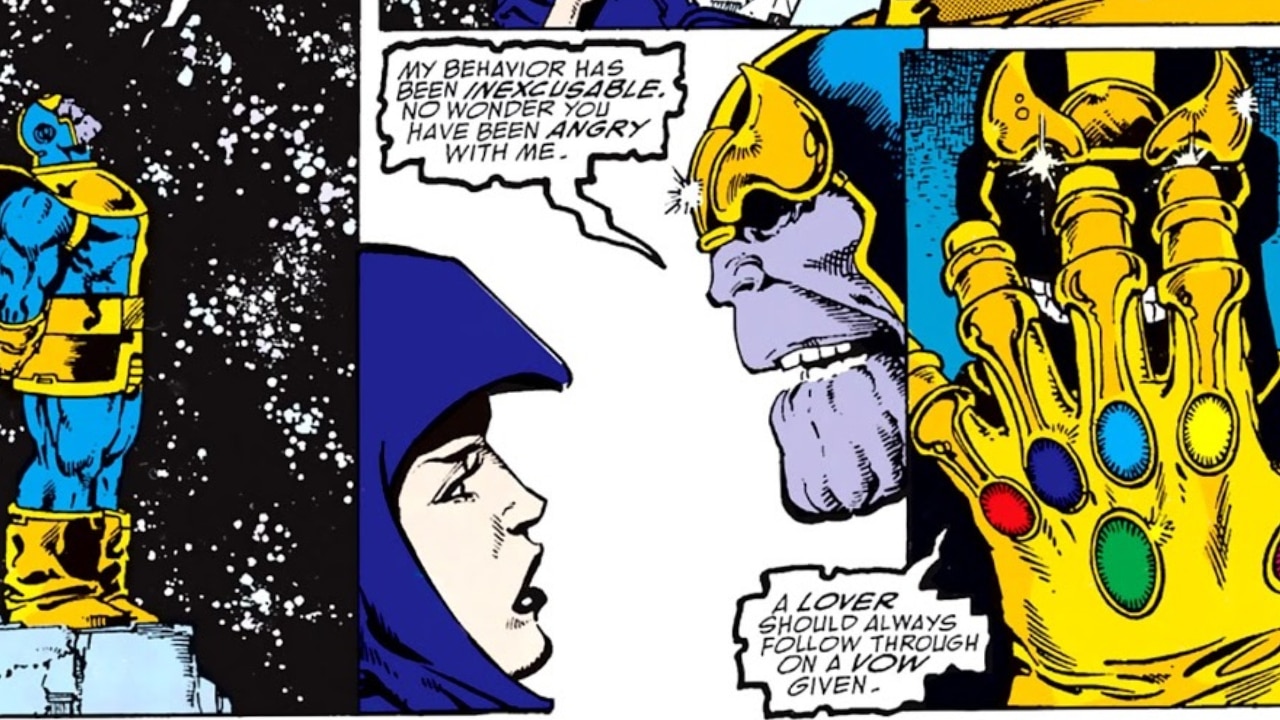 When Eidos announced that Thanos was dead in this universe, it came as a major shock considering that the MCU spent the last +10 years building him up. A bold move perhaps, as it immediately told the fanbase not to expect the same story told in the films.

Slain by Drax the Destroyer, the news of Thanos’ death quickly reached the ends of the Galaxy. Not many believed it at first, but it didn’t take long to notice his absence, thus giving the resistance a fighting chance against the Chitauri forces.

That was 12 years ago, with the galaxy now finally at peace. However, for Drax the Destroyer not all is well, as despite getting his revenge, he still believes that Thanos is alive. Why is that? Perhaps it’s guilt from all the crimes he committed to get his revenge, but if Drax did in fact kill Thanos with his own hands, then why does he refuse to accept that?

We as the viewer are also just supposed to believe he’s dead as he was killed offscreen, before the events of the game. Thanos is just too big of a character to just kill off like that, and while I do believe that he is definitely dead, I can understand why some may feel that Eidos did a disservice for him.

They could bring him back, confirming Drax’s suspicions that he was never killed. And with the mind stone safely in the hands of the Guardians, he has all the reasons now to confront them should he still have the goal of wiping out half the universe, all to please Lady Death.

6. Asgardians of the Galaxy and the Olympus Story 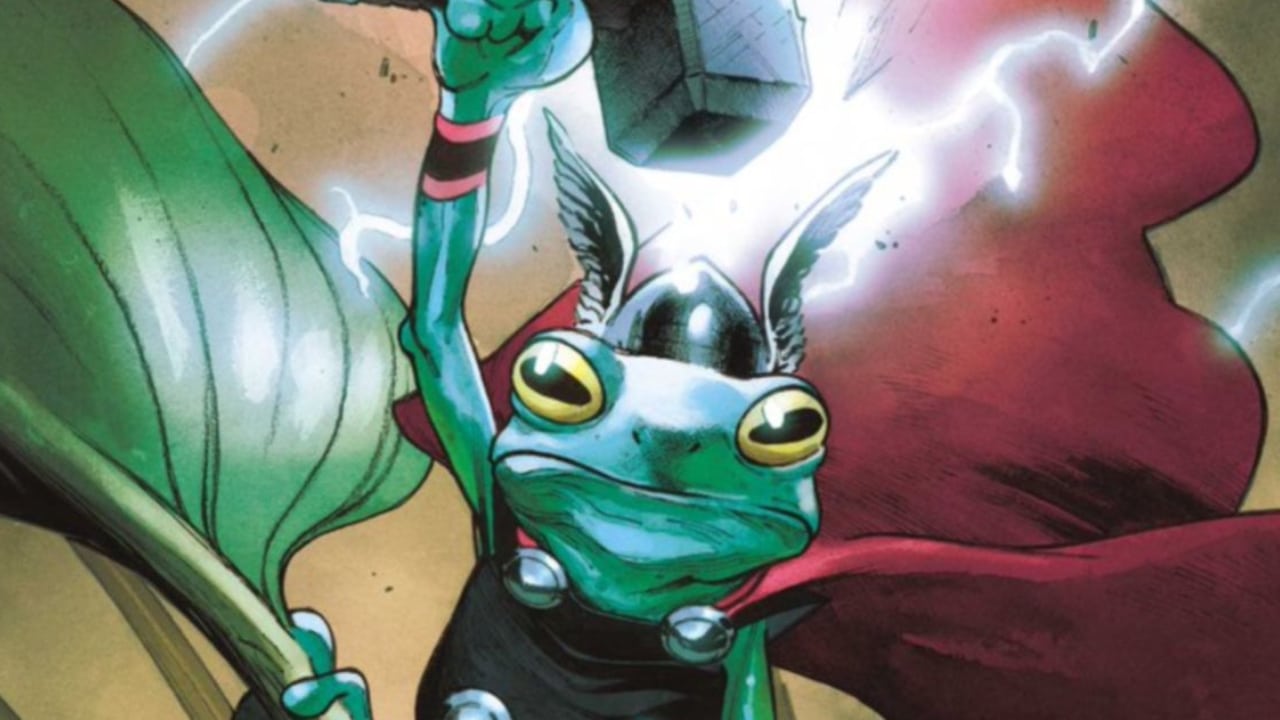 This is a story that would have to be re-tuned to fit the current cast of Guardians, but it could still include some of the original Asgardian casts. For starters, Throg exists, and he’s being held captive in the Collector’s collection. Have the Guardians break him out maybe, and team up with a few other Norse mythology characters and you got yourself the Asgardians of the Galaxy!

And why would you need these Norse gods in the first place? Oh, I don’t know, maybe to face off against Zeus and the rest of the Greek mythology gods? Yes, this actually did happen in the comics! It would be a perfect story to tell, plus a good reason to introduce new powers to Peter’s element gun.

Well, what do you guys think? Are these stories you hope the sequel for Marvel’s Guardians of the Galaxy game go with? Or perhaps you have a better suggestion? Leave us those thoughts!

Check Out Turtle Beach, ROCCAT, and Neat Selection of Peripherals for the Holidays

Next Battlefield 2042 Update Out This Week, DICE Shares Overview of Changes Worked on for Patch #3