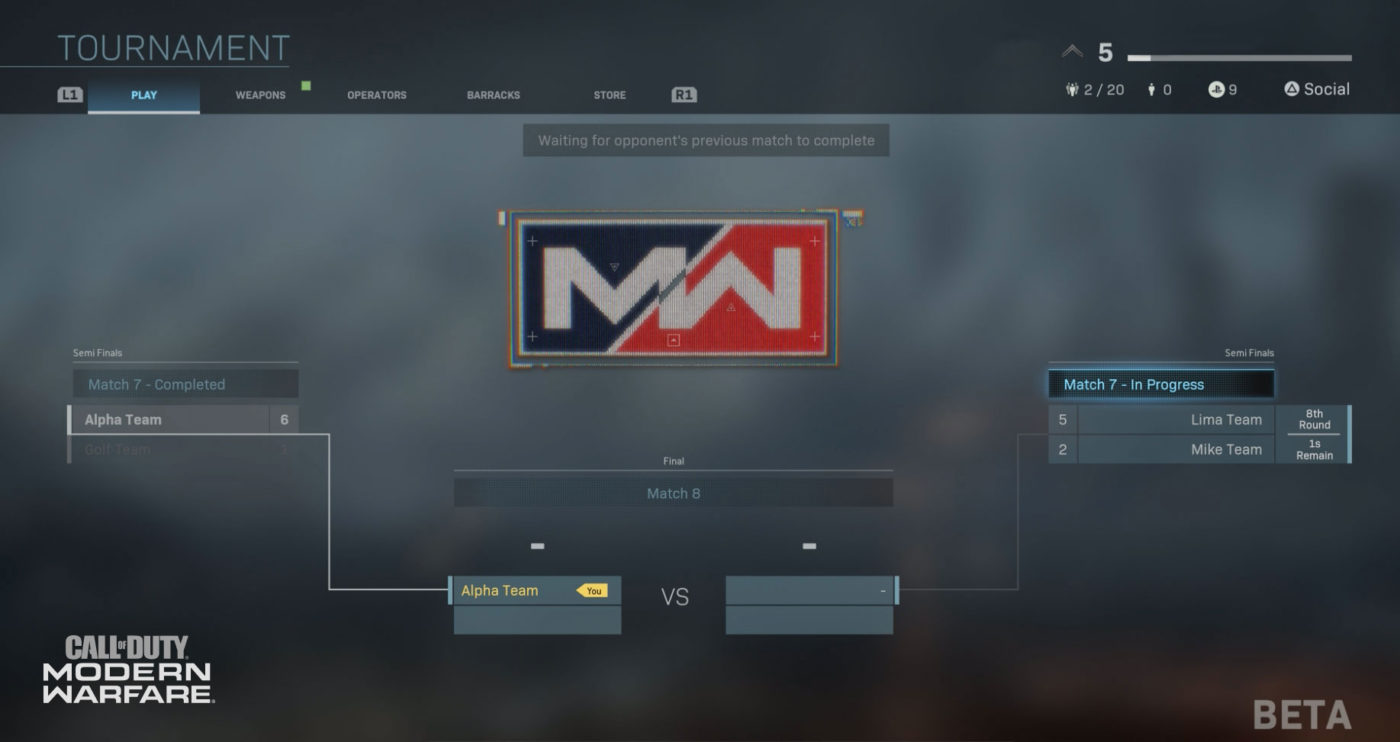 If you’re currently enjoying Call of Duty: Modern Warfare’s new Gunfight 2v2 mode, Infinity Ward has something to make matches a wee bit more exciting, and that’s the Modern Warfare Gunfight tournament beta, which is now live on all platforms!

Those familiar with the mode, it’s essentially the same, though this one is set up as a tournament with the top teams advancing until one team is crowned #1!

Check out the rules straight from Activision:

Gunfight is an intense cage match where players are given one life, one randomly chosen loadout, and one teammate to head into battle and eliminate the opposition. The gameplay of Gunfight remains the same during the tournament, but they are a few other things you need to know about on the road to victory.

The tournament is single elimination with 32 players, 16 teams, and 8 rounds on the way to being crowned the victor. You advance with a win or go back to the lobby with a defeat. For each victory you earn XP and other rewards. For winning the tournament for the first time you can earn a high tier cosmetic reward and XP!

The tournament is bracket style, and you’ll be able to see the teams on both sides of the bracket. You’ll wait at a menu screen before the match and have a little bit of time to choose your Operator and discuss game strategy. Afterwards you’ll load into the game and play your first round. If you win, you’ll advance to the next round. Just note, you may have to wait in the lobby until your opponent finishes their match.

Battleborn Servers Shutting Down on January 2021