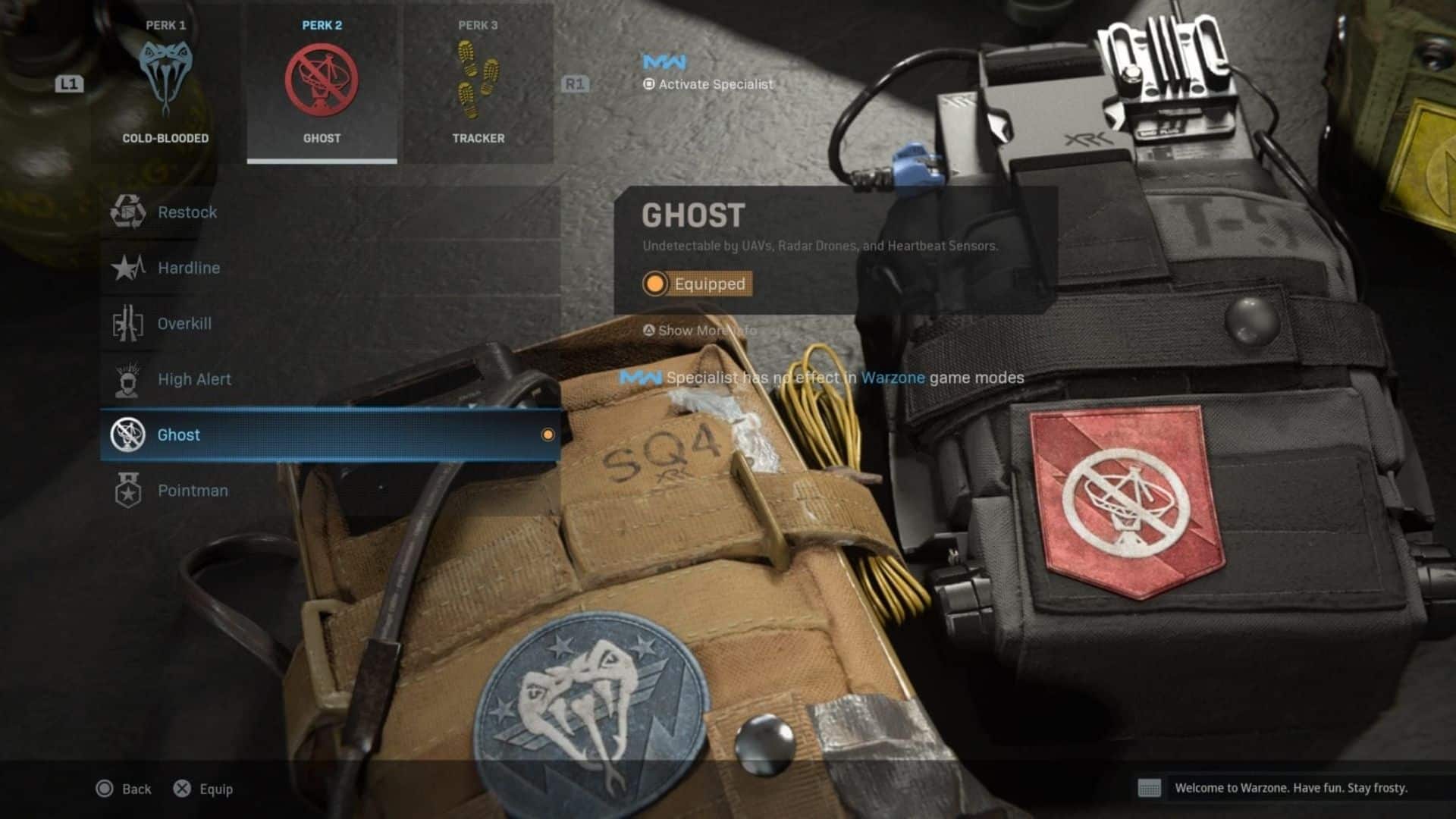 Back in 2019, when the re-imagined Call of Duty: Modern Warfare was released, one of my pet peeves then was that the Ghost perk hid players from the UAV killstreak even if you weren’t moving — something that promoted camping, and made matches way more slower than they needed to be. This carried over to COD Warzone as well. Well, it seems this has changed based on testing, as the Modern Warfare & Warzone Ghost perk change is now live, and it now requires players to move.

Seemingly included in the COD Warzone patch released last week (though not mentioned in the patch notes), the Ghost perk now requires players to be moving to be hidden from UAVs — just like in Treyarch’s Black Ops series. This was confirmed by Call of Duty stats wizard TrueGameData:

Confirmed in PRIVATE LOBBY – ghost no longer hides you when you are not moving. But still does when you are moving.

I will be retesting in public matches soon, as well as all different move speeds

Call of Duty outlet Modern Warzone also confirmed it as well, and even included a short video clip, too.

The ghost change is also live in public matches of #Warzone as well as Modern Warfare multiplayer.

I’ll never understand why changes like this don’t get announced. pic.twitter.com/XtpbwRNF5C

Unfortunately, it seems this is another one of the stealth changes Call of Duty developers sneak into their patches. Why? I have no idea. This was prevalent in Infinity Ward’s patches in Modern Warfare 2019, and it seems players should still expect it even from the studio handling Warzone, which is Raven Software.

If there are more stealth changes made that’s unearthed, we’ll let our readers know. Hopefully, newer patches willinclude all the changes made moving forward to avoid guessing games like this one.