Heads up! Infinity Ward has released the Call of Duty: Modern Warfare & Warzone update 1.28 patch! This is an unannounced title update, and is a pre-load, as the patch itself can only be installed on October 14 (10/14). Note that this is live on PS4 currently, since the Xbox One doesn’t support pre-load of patches.

UPDATE: If you’re being sent here via Google, you can check out the patch notes for today’s update here.

Clocking in at a heft 9.6GB, here’s what to expect from it.

Don’t expect any patch notes for this update, as this is a pre-load, and is most likely the Season 6 mid-season update. However, if we had to hazard a guess, this contains the “Haunting of Verdansk” data for the upcoming event set for October 20. Yep, Halloween is coming to Verdansk!

Check out the image of the Season 6 roadmap below. 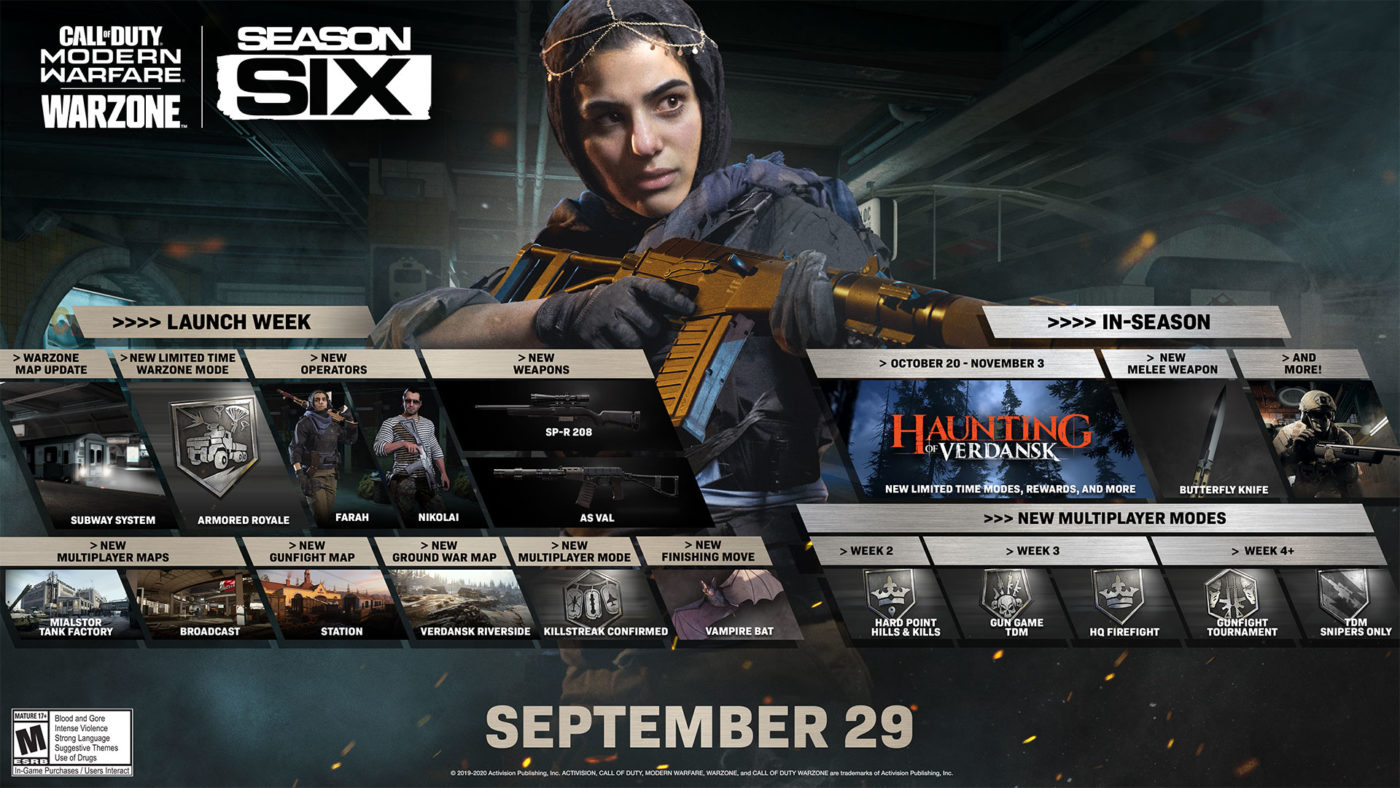 Note that once you’ve downloaded the patch, the PS4 itself states that it can only be installed on 10/14. And if you haven’t been prompted to download it yet, don’t worry, as it’ll be a rolling release, so some will get it today and the days leading to October 14.

Will we see Infinity Ward announce details about this patch? That could very well be the case given we’re two days away from it being playable. Chances are, we’ll get datamined info available out soon too, and once we know more about that, we’ll let our readers know.

In other related Call of Duty news, the Black Ops Cold War beta is currently available to all PS4 gamers! Next week, the Xbox One and PC crowd will get a chance to play it as well.

Report: PS5 Games and Accessories Releasing Earlier in the UK

Report: PS5 Games and Accessories Releasing Earlier in the UK