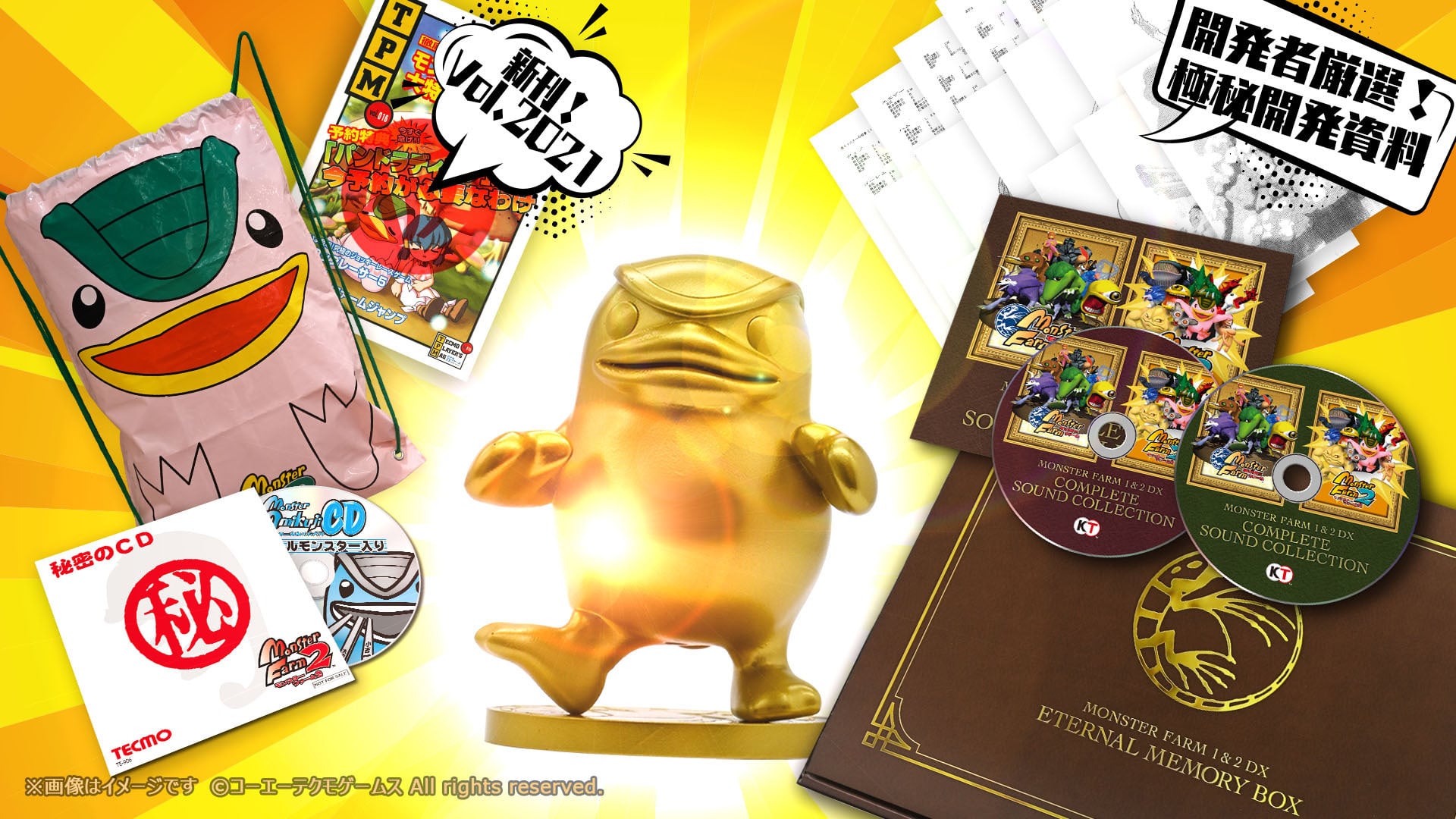 Monster Rancher fans are going to see some nostalgia come their way, as Monster Rancher 1 and 2 DX comes to Nintendo Switch, PC, and iOS this December!

Check out the announcement trailer straight from the folks at Koei Tecmo!

Along with the release of the trailer comes a website and little overview of this classic game series return!

Welcome to the magical world of Monster Rancher! The beloved series makes its triumphant return with Monster Rancher 1 & 2 DX, bringing together the wildly popular simulation games – Monster Rancher and Monster Rancher 2 – all in one amazing collection. Raise your own monsters and train them to compete against other eccentric creatures in combat and tournaments. With hundreds of different monster types, each with their own skills and abilities, every Rancher will be able to raise and train a monster that’s a perfect fit for their personality and play style. Returning fans and newcomers alike can enjoy the timeless monster training and battling experience in Monster Rancher 1 & 2 DX!

Koei Tecmo is also busy with several other projects in their hands including their collaboration with Square Enix in Stranger in Paradise Final Fantasy Origin — which you can read about here.

Monster Rancher 1 and 2 DX arrives for Switch, PC, and iOS on December 9!

Guilty Gear Strive Update 1.09 Patch Notes Bring Jack-O to the Fight, Plus Some Other Balance Changes