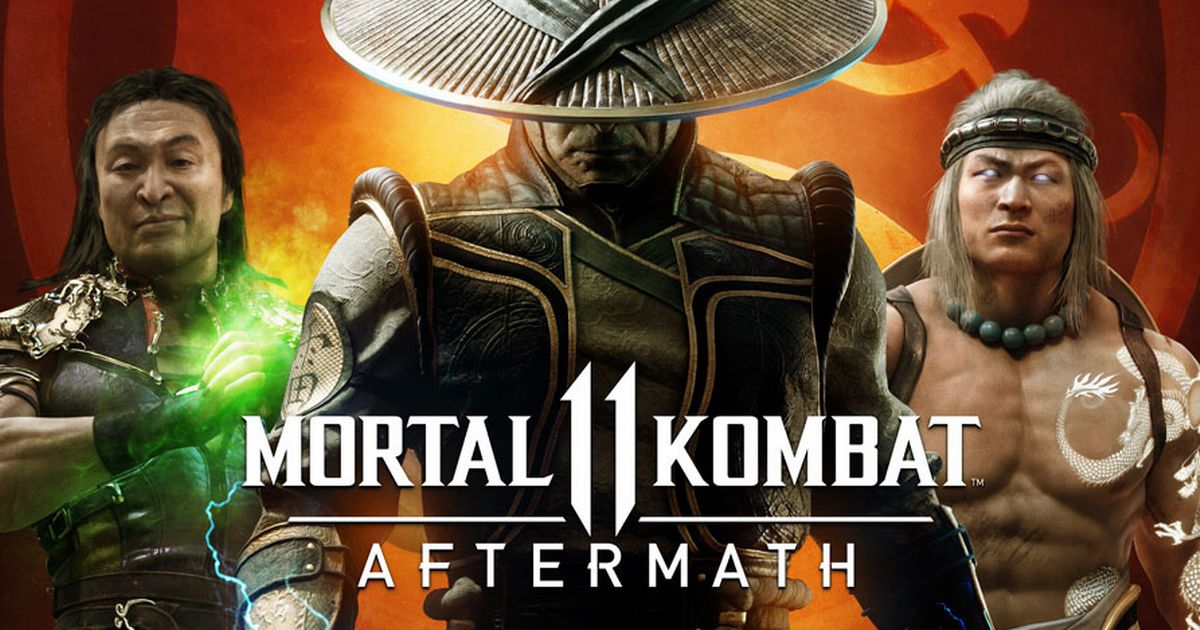 I had high praise for Mortal Kombat 11 when it originally released a year ago. Compared to many other fighters, MK11 packed a massive punch with its starstudded roster of fan favorites, and the campaign itself is easily one of the best the series has to offer. It was truly a great game that also followed the traditional post-launch support of other fighting games with DLC characters. So when NetherRealms announced that Aftermath would include not only new characters but also a follow-up to the original campaign, I just had to play it for myself. The super short summary to this Mortal Kombat 11 Aftermath review is: Aftermath doesn’t disappoint.

Reviewer note – We didn’t include the free update that launched the same day in this review, considering that it’s free for everyone who owns a copy of Mortal Kombat 11. This review will solely be focused on the content included in the Aftermath expansion.

The story of Aftermath picks up right where Mortal Kombat 11 ended, with Fire God Liu Kang preparing to restart the present timeline. As he begins the process, he is abruptly interrupted by a sinister foe from his past, Shang Tsung. Shang Tsung, who is also accompanied by Nightwolf and Fujin, warns Liu Kang that if he continues, then he will inadvertently end every realm in existence. Of course, being Shang Tsung, Lui Kang, and the now-mortal Raiden are hesitant to listen, though their allies, Nightwolf and Fujin quickly convince them. With the crown of Kronica being destroyed in the present timeline, Shang Tsung devises a plan where he, Nightwolf, and Fujin are sent back in time to retrieve it so that they may save the future from its inevitable destruction. 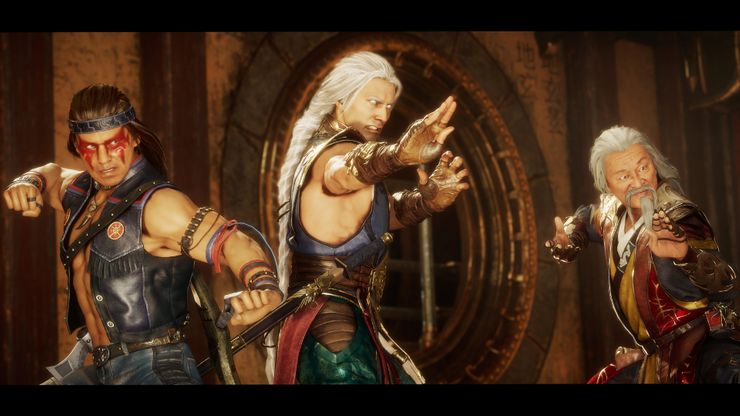 All of this is told in the form of some rather lengthy cutscenes, but they’ll well worth the watch as they provide perhaps the series best when it comes to fighting choreography. This, combined with Cary-Hiroyuki Tagawa’s (Mortal Kombat the movie) return as Shang Tsung, makes this a well worthwhile tale, despite only being a few hours long. Severely underdeveloped characters (Shao Kahn, Sheeva) in the original now have a huge spotlight, and others who were introduced as DLC (except guests) have all been brought into the main story of Mortal Kombat 11. All the stops are pulled with this DLC as it expands on the current lore of Mortal Kombat, while also re-writing some of the old stuff for some nice twists. Without spoiling it, let’s just say that for those who were disappointed with how the original concluded, you’ll be glad to know that the story of Aftermath tidies everything up for a more definite ending. It’ll leave things off on a high note that should excite fans for the future of the series.

Dead or Alive, You’re Coming With Me!

Outside of the primary campaign, Aftermath introduces three new fighters. Them being the brother of Raiden, Fujin, Queen of the Shokan, Sheeva, and the ’80s iconic man turned into a machine, RoboCop. Like all past DLC characters, the new ones in Aftermath are all uniquely designed with different fighting styles, move sets, fatalities, and a massive collection of cosmetics. The gameplay of both Sheeva and Fujin strikes with familiarity as many of the moves have been in past iterations. This isn’t to say that in such a negative way as fans will feel right at home with them, all while enjoying the benefits of improved combat that MK11 introduced. Whether or not they become high tier characters is yet to be seen, though from my time with them I’m judging they’ll fit right in the middle somewhere. 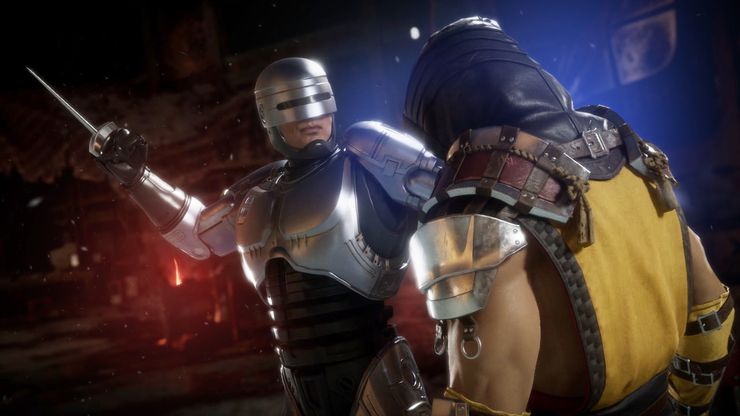 As for RoboCop, as much as a shock as it was to see him appear as a guest character, I wasn’t particularly joyful with how clunky he felt. I guess it would be wrong to say he should play differently, since considering in the films he’s in, he is pretty clunky. Still, I did have some fun with RoboCop, and even got to have that dream match of RoboCop vs The Terminator. There’s a pretty good amount of work that went into all three character dialogue, many with callbacks to their past, and RoboCop interactions are just littered with Easter eggs. It also helps that Peter Weller, the original actor that played Robocop, has come back to reprise the role once more. I can’t say I was disappointed in the end with the character choices as they all play well once mastered. As mentioned prior, they are also packed with plenty of new gear and cosmetics, that should keep players quite busy. There are a few surprises in there as well for those who read up on their lore, though I won’t spoil anything there.

So let’s talk about that price tag. Mortal Kombat 11 Aftermath costs $40, it includes three fighters, a new main campaign, and also promises three new skin packs that will release over time with the first at launch. Debatably it doesn’t seem like much, but when you consider that the Kombat Pass costs $60 for six characters/skins, the price does seem to make sense. With it including half the characters and skins packs as a standard Kombat Pass, it would be reasonable to think that alone would be a $30 value, leaving the campaign to be $10, so the pricing matches with what they would have typically charged. Just some information to think about, but honestly, if you’re a big MK fan, the campaign alone isn’t something you want to miss out on, and for the matter, the new fighters included. Whether it’s worth it or not is entirely up to you, but for this reviewer, I was pretty happy with the content I got in the expansion, more so than the Kombat Pass because I enjoy single-player experiences so much. 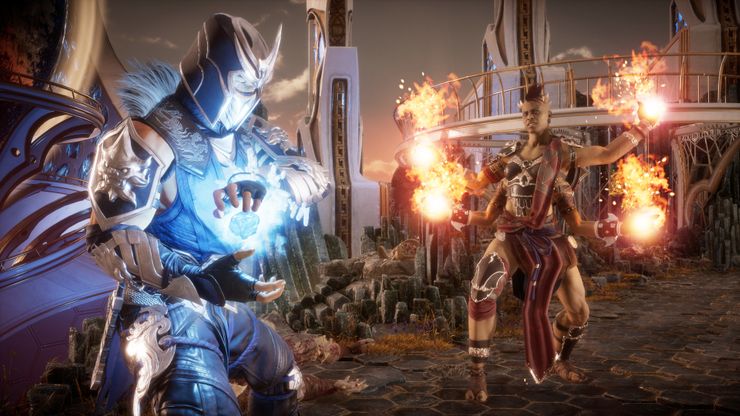 Aftermath feels like the appropriate kind of DLC that Mortal Kombat should be getting. Not only does this kind of release cater to those wanting new fighters, but it’s an excellent opportunity for the studio to expand on the ever-growing lore of Mortal Kombat. My hope is, that NetherRealm Studios continues with this kind of post-launch DLC release, although an additional fighter pack wouldn’t hurt. I highly recommend Aftermath for anyone looking for more Mortal Kombat, trust me you won’t be disappointed. If the price is an issue, then I suggest you hold off for a sale of course, though I think it’s more than warranted with the content included.

A review copy of Mortal Kombat 11: Aftermath was supplied by the publishers for the PlayStation 4. Game played on the PlayStation 4 Pro. You can read MP1st’s review and scoring policy right here.