E3 2014 is shaping up to be a great one this year, especially for Mortal Kombat fans, as the latest entry in the franchise, Mortal Kombat X will be showcased during next week’s events.

However, it appears that Mortal Kombat co-creator Ed Boon has something special up his sleeve, according to recent tweets:

Considering that NetherRealm Studios is really into fan service and turning any easter egg into fully-fleshed out characters like Ermac, Rain, and more recently, Skarlett, it wouldn’t be too surprising if at least one of the characters below were to be revealed at next week: 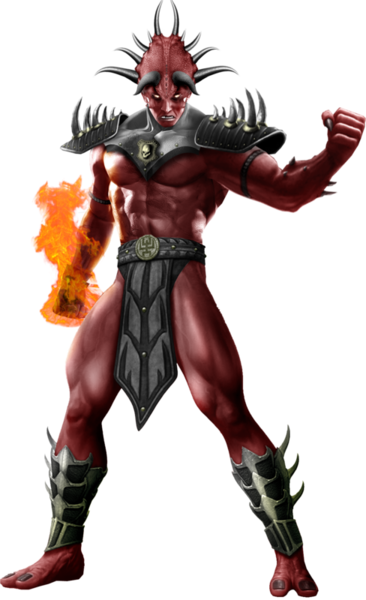 Belokk, whom was originally slated for release with Mortal Kombat Gold, was unfortunately cut from the final release, according to Boon, as the studio didn’t have enough time to complete the character.

In fact the developer for Mortal Kombat 4/Gold actually revealed screen shots of Belokk a few months before the title was released:

Remember those two fighters who were fighting in the background of The Pit II stage in Mortal Kombat II? If so, you’ll remember that one of them actually became the character “Blaze” who served as Mortal Kombat: Armageddon’s boss for the arcade ladder and played a very important part in the story. 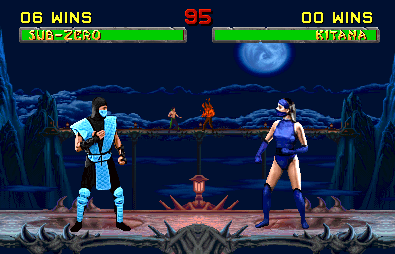 This leads to the question, ‘what ever happened to that guy who was fighting Blaze?’

Dubbed by Mortal Kombat fans as “Hornbuckle,” nothing much became of him aside from appearing in the background of the Pit II stage once again in Mortal Kombat: Shaolin Monks. But MK fans have long awaited for his arrival as an actual playable character with every release since. Might it actually happen this time?

Unlike the previous two character who haven’t officially appeared in a Mortal Kombat release, Tremor, the brown-colored ninja palette swap did appear in the PlayStation Vita version of Mortal Kombat 9 as a playable character. Though he wasn’t initially selectable in the character select screen for the game, Tremor was playable in one of the bonus challenge towers. 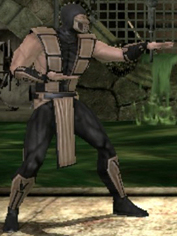 We also know a bit about Tremor’s special abilities, as he’s able to create small earthquakes and project stones at his opponents, petrifying them over time.

Who ever it is, it looks like we’ll find out next week at E3 when NetherRealm Studios showcases Mortal Kombat X, slated for a 2015 release for the PC, PlayStation 3/4 and Xbox 360/One.

If you missed it, catch the debut trailer here.

Get a First Look At Handsome Jack In Borderlands: The Pre-Sequel