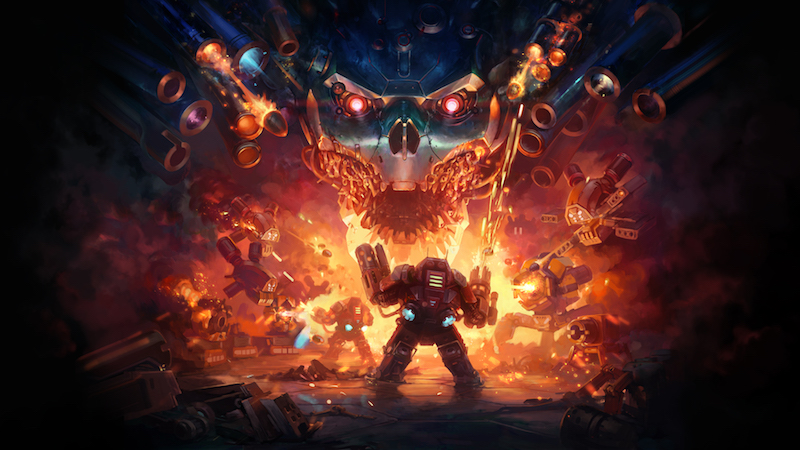 The first-person bullet-hell spiritual successor to Tower of Guns — Mothergunship — now has a release window! In a press release, GRIP Digital, who’s co-developing the title with Terrible Posture Games, has announced that the Mothergunship release date will fall somewhere in “summer 2018” for the PC, PS4, and Xbox One.

Check out the latest trailer below.

See that massive machine in the cover art? That’s the MOTHERGUNSHIP, and yeah, you’re supposed to fight it. Luckily, MOTHERGUNSHIP (the game) lets the player craft, create, and customize their very own gun monstrosities to fend off all the foes you’ll face along the way. The only boundary is making the barrel face forward. The rest is up to your creative will. Joe Mirabello wanted the process to be exploratory and “game breaking”. With different barrels, caps, and stock pieces, players customize the shape, output, and total energy consumption of the weapon. Want to make a 10-barreled flamethrower sniper that’s shaped like a box in your FOV? Yup, go for it. How about a gravity dipping grenade launcher that also has 3 shotgun barrel attachments? Totally! Oh yeah, you could also make something more manageable too.

We’ll have some exciting news to share soon about how players can try their hand at this before release. But, ummm, that’ll come soon 😉

Take a peek at the gun customization here

Mothergunship will also be playable at PAX East this weekend, and some “remote preview opportunities” will be coming very soon as well. Don’t forget, Mothergunship has co-op multiplayer, so you’ll have a cohort in crime in dishing out chaos.