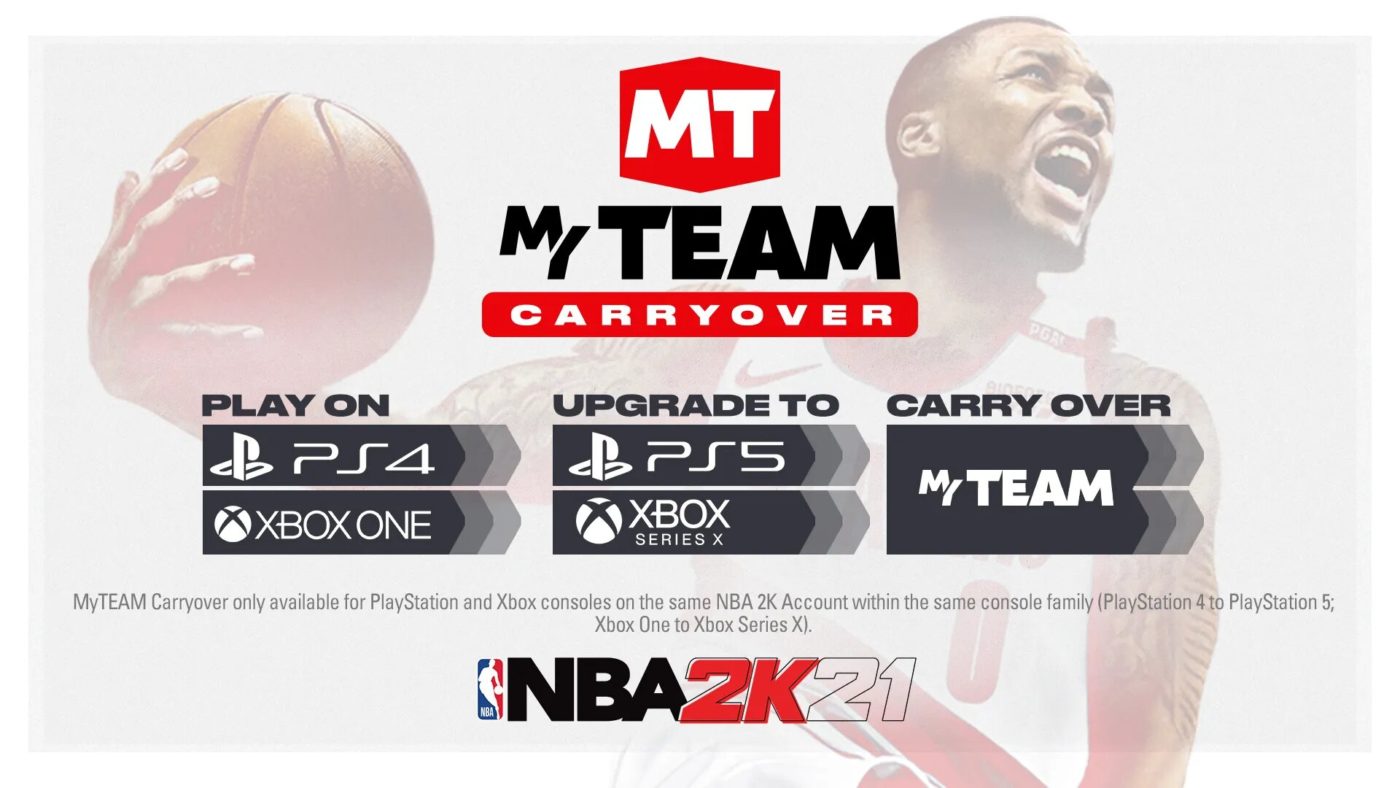 Aside from as new trailer, we also get a ton of new details regarding MyTeam’s new prizing program for seasons, and some of the new features coming to players this year.

Note that players will only be able to carry over progress from the same console family (ie. PS4 to PS5, Xbox One to Xbox Series X). Players can even go back and forth playing the current-gen and next-gen version at will and not lose progress.

In the same announcement, Visual Concepts announced the Seasons concept into MyTeam, and it’ll be free for everyone. Here’s an overview of what it is straight from Visual Concepts:

I have two key tenets to the MyTEAM Season design for 2K21: 1) New prizing updates across most modes every Season, and 2) Add something NEW to the mode every Season. I’m going to be intentionally vague here so as not to spoil any plans, so please bear with me. Some Seasons will add new content for you to play (think something like Spotlight Sims), while other Seasons may add new features to the game, or add a reward twist that you will be chasing all Season. The main point is, I really want each passing Season to feel fresh. I want the start of a new Season to create a buzz in the MyTEAM community that we can all rally behind and be excited about.

During the Season, players will be able to complete Daily, Weekly and Seasonal-based Agendas. Once objectives are completed, players will earn XP that will be used to raise your Season Level. Every time you level up, you will earn a reward. Reaching the final level within a Season earns you the grand prize for that particular Season. Visual Concept notes that they will make the long grind worth it. In fact, the first przie for Season 1 has already been revealed, and it’s a Pink Diamond Steph Curry! 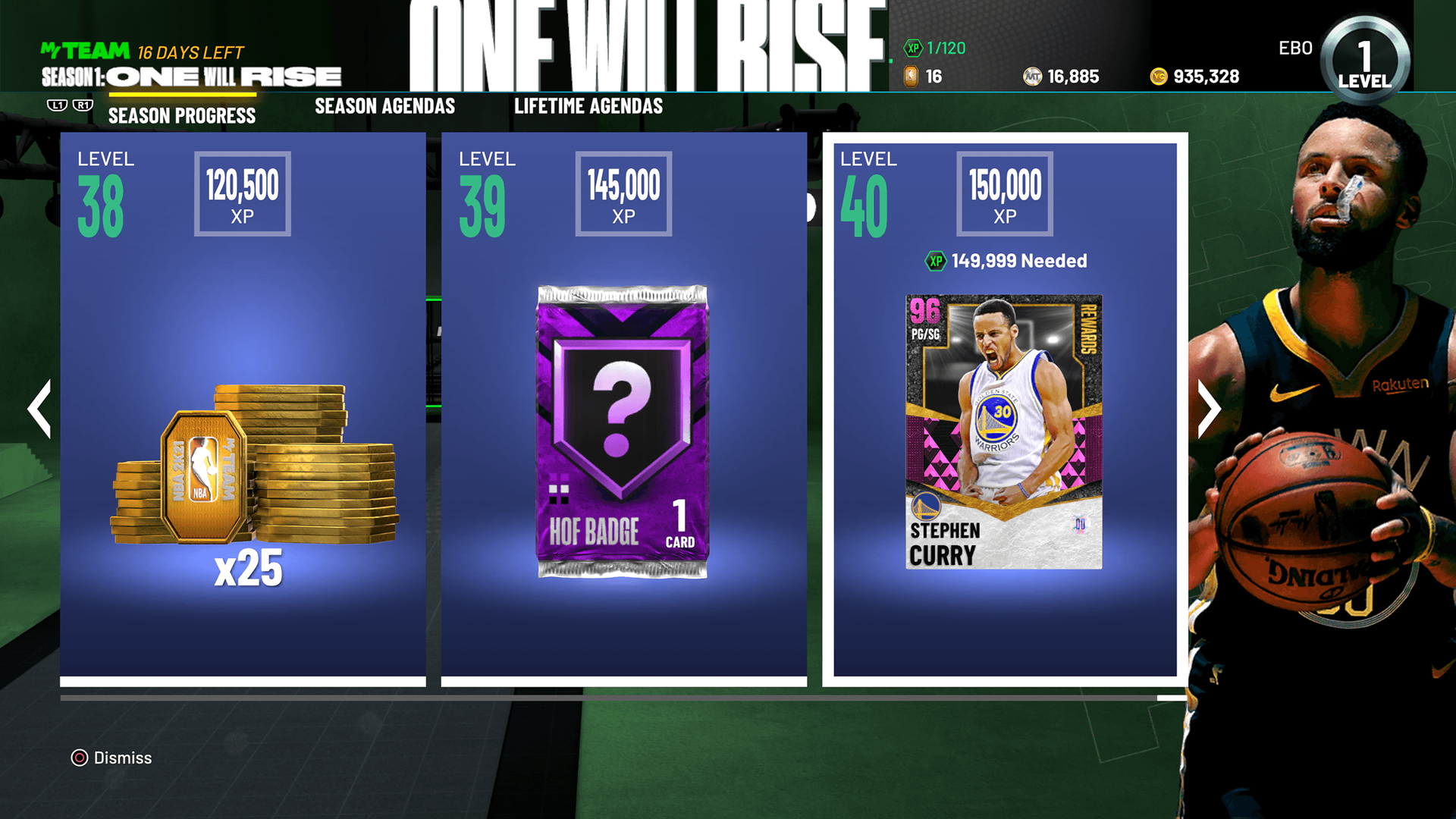 Going back to tenet #1 above, let’s talk in more detail about the Seasonal prizing updates and what they will look like around MyTEAM:

In subsequent Seasons, we will add new ‘Wins’ available for you to play. As an example, this means you might be able to go to something like 450 Wins in Season 2. In this example, those new 150 ‘Wins’ will have prizing with the 450th win being the Season 2 Triple Threat prize. Now, why is this better than NBA 2K20? Easy; NBA2K20 launched with 1,000 Wins available to you, and a Galaxy Opal waiting at the end. The problem was, that card became outclassed pretty quickly as MyTEAM evolved. It effectively made Triple Threat less valuable as the year went on. Personally, I love Triple Threat and want it to remain a staple for everyone all year long. As we add new ‘Wins’ available to you with each passing season, this enables us the opportunity to provide rewards that fit the current Season within MyTEAM. To summarize this, it basically means we can give you better prizes that will match the time and effort you have invested to get there. Everyone wins!

There’s also a new MyTeam Limited game mode available in NBA 2K21, there’s also The Exchange where players can exchange cards they’re no longer using for others and more.

Don’t forget, the NBA 2K21 current-gen demo will dribble its way out! Details on that and some of the game’s new features are detailed here.

A Guide to Making GTA$ in GTA Online’s Den