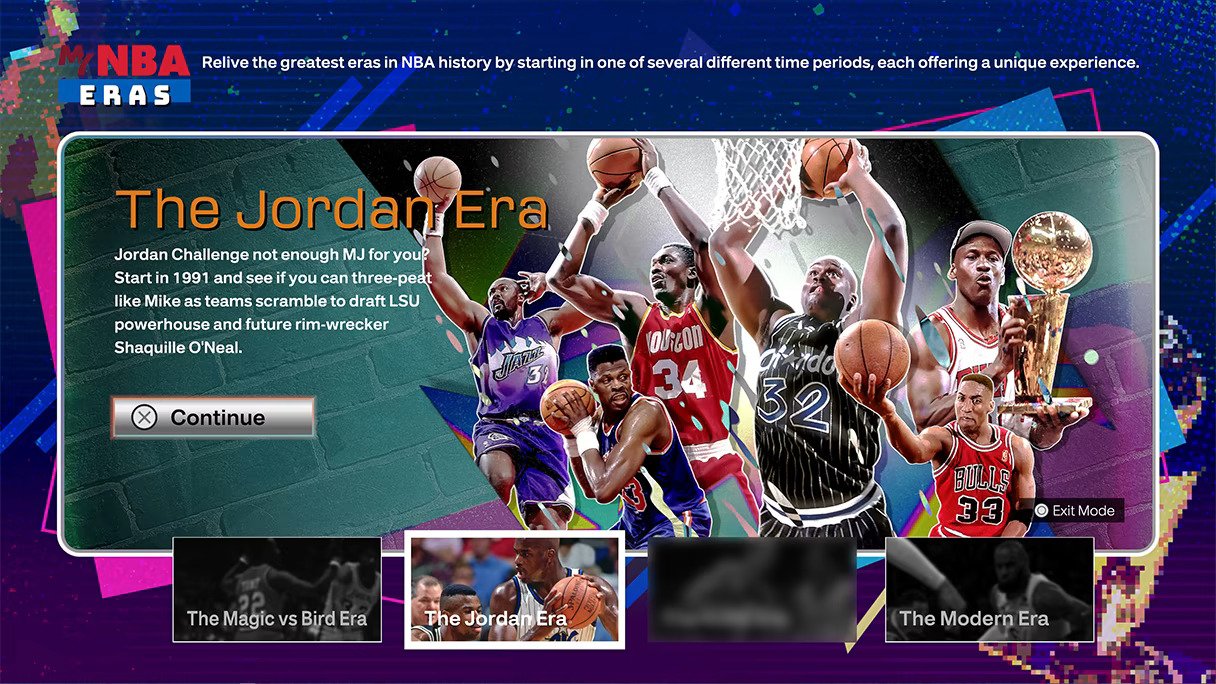 Have you ever wondered what would have happened if Jordan’s Chicago Bulls tangled with the Olajuwon-led Houston Rocket back in the ’90s? If so, you won’t need to imagine that soon, as Visual Concepts has announced NBA 2K23 MyNBA Eras, a new feature that’s available for the PS5 and Xbox Series X|S versions of the game.

MyNBA provides players with a time machine that allows them to start a new MyNBA save at a specific point in NBA history called an Era. Players can play through solo, or join up with friends and choose to either relive or rewrite key moments, including:

Every team has at least one unique court along with unique uniforms fitting their specific era. There’s even a special filter system designed to recreate the TV experience of watching those games as they were originally broadcast.

A lot more details regarding the scenarios, presentation and more can be seen in the latest Courtside Report.

NBA 2K23 is currently scheduled for release on September 9 for PlayStation 5 and PlayStation 4, Xbox Series X|S and Xbox One, Nintendo Switch, and PC platforms.