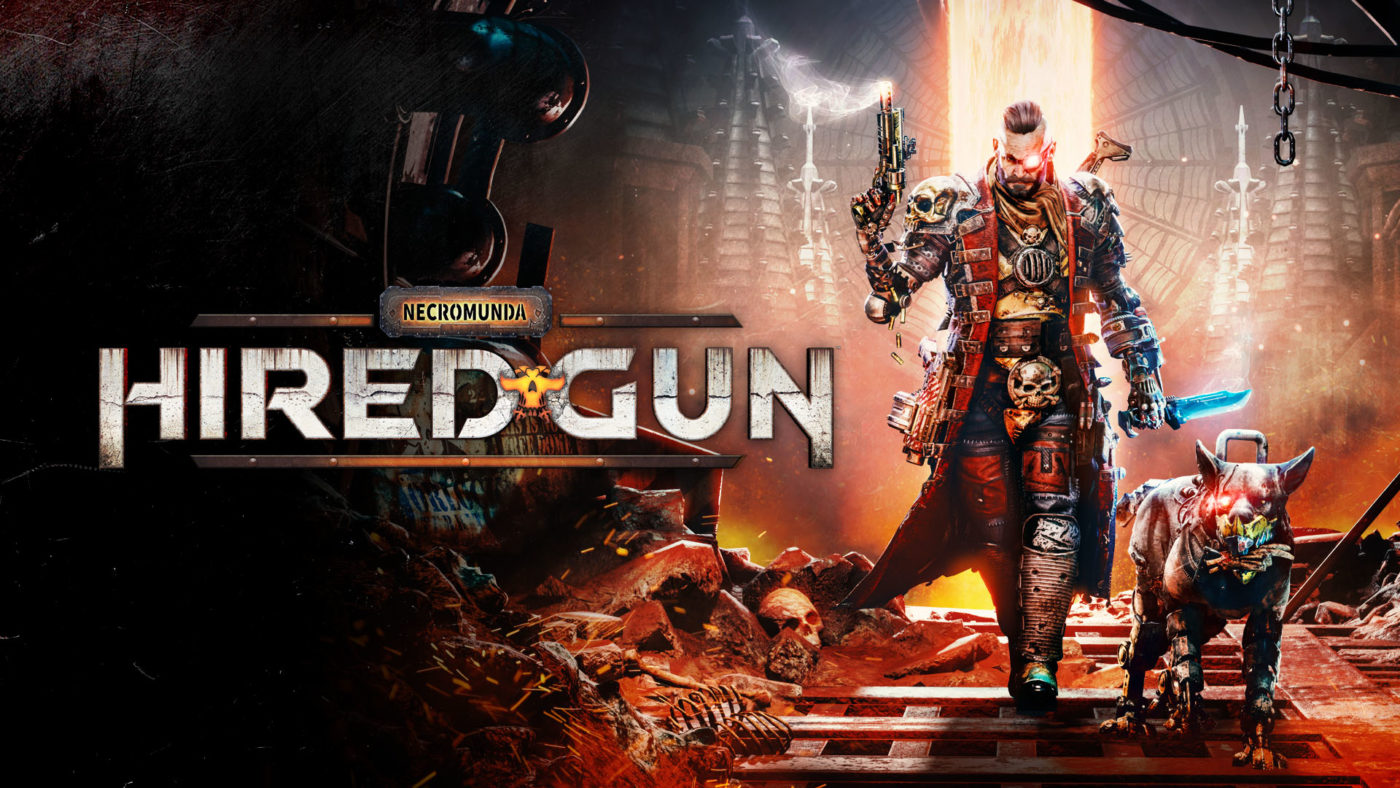 Get ready to load up and embark on a new shooter game adventure, as Focus Home Interactive and Streum On Studio have revealed Necromunda: Hired Gun — a new title fps title that’s set in the Warhammer 40,000 universe!

Here’s the reveal trailer for the upcoming new game from Focus Home.

Read up on the details for the game via the press release below.

Developed by the passionate indie team of Warhammer 40,000 diehards at Streum On Studio (makers of Space Hulk: Deathwing), Necromunda: Hired Gun is fast-paced and brutal, giving you endless options for engaging your enemies. Wall-run, double-jump, and use your wrist-mounted grappling hook to rush, disarm, and evade enemies. And then there’s the upgrades — everything from your brain to legs and even your pet dog can be enhanced as you earn money from contracts.

Your cyber-mastiff is your only true companion — half-dog, half-robot, and fully ready to strike in exchange for treats. Your canine friend can warn you of enemies and insta-kill them with a bite to the neck, so keep him healthy in return with the best augments money can buy!

If you’re a fan of the Warhammer universe, read up on our past stories on the franchise here.

Necromunda: Hired Gun will be released on PS5, PS4, Xbox Series X|S, Xbox One, and PC on June 1.