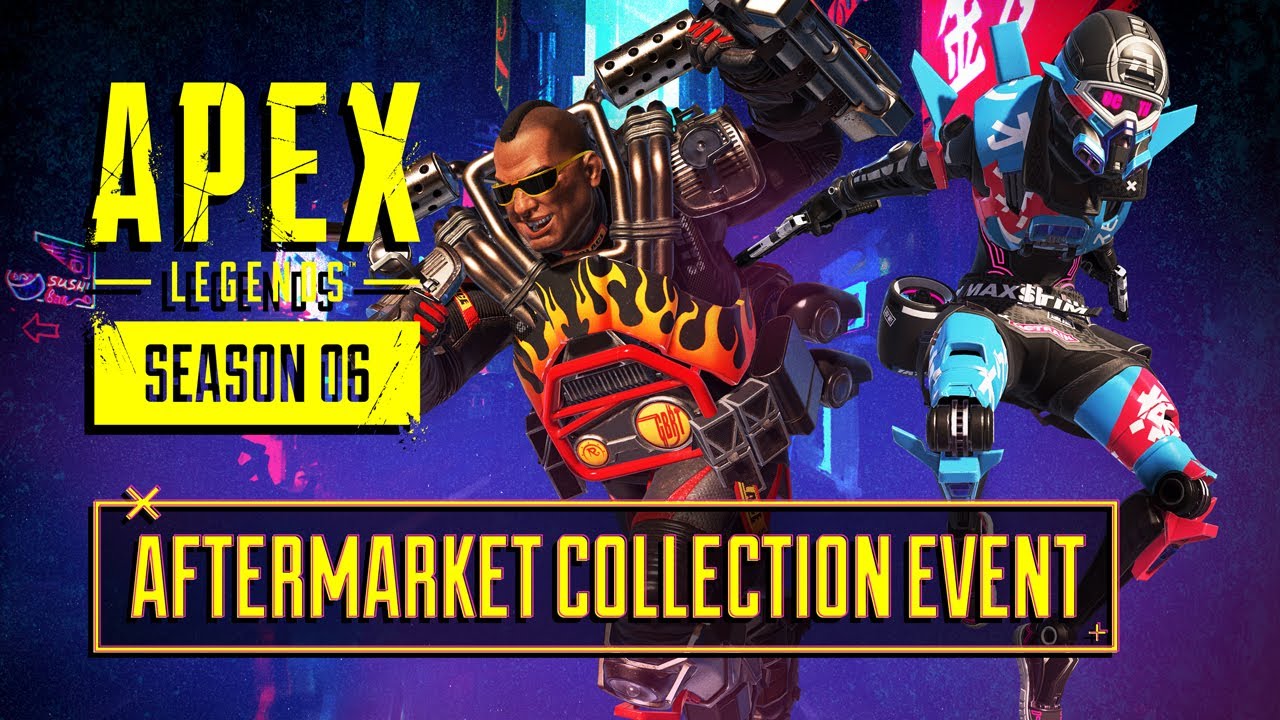 Respawn Entertainment announced that Apex Legends will be getting a new event this week, and the patch for it is live now! The new Apex Legends update 1.47 October 6 patch brings crossplay beta, and the Aftermarket event! Head on below for the patch notes.

Since the launch of Apex Legends, cross-play has been one of the most requested features from our players who want the ability to play with their friends on other platforms. During the cross-play beta, players will have full access to cross-play functionality while we collect data, test the feature at scale, and most importantly, listen to you, the fans, for feedback.

Aftermarket delivers an all new limited time mode, Flashpoint. Played on Kings Canyon, all healing items are removed in favor of massive zones around the map that regen both your health and shields.

Aftermarket brings in another 24 item collection event with skins like Wattson’s “Wired for Speed” skin or Wraith’s “Void Prowler” Skin.

With a new event, also means a new challenge track! This time around, get a chance to get free cosmetics like Bangalore’s “Blue Chipped” or the Hemlok’s “Performance Boost”.

Caustic’s Death Hammer is the latest heirloom to be added to the heirloom pool. This nox filled hammer will smash anyone who comes in contact with it.

While there are new items to collect and a big balance patch included in this title update, the biggest thing here is crossplay. Hopefully, this doesn’t run into any issues, though we’re expecting it.