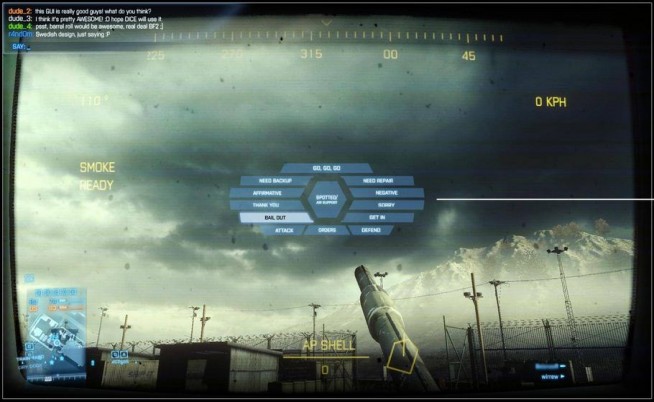 PC gamers playing Battlefield 3 may be in for a real treat soon as DICE begins work on a new user interface.

Over at the official Battlefield 3 forums, BF3’s community manager, Daniel Matros, dropped by to let the community know that DICE is searching for the person who did the concept UI screens. This includes both the spawn UI and the Commo Rose set-up. It’s unknown as to which person he’s referring to, but I’m sure any PC gamer would agree that most of the fan concept arts released so far are better then the current UI.

Whether or not they are actually going to update the PC UI as requested by many forum posters is not known, but this certainly is a good sign.

Here are just some of the fan created concepts that have been released so far:
Commo Rose
End of Round Screen
GUI Concept