Last week’s Call of Duty: Ghosts PC update that introduced the new Chaos Mode to Extinction is now rolling out on other platforms. 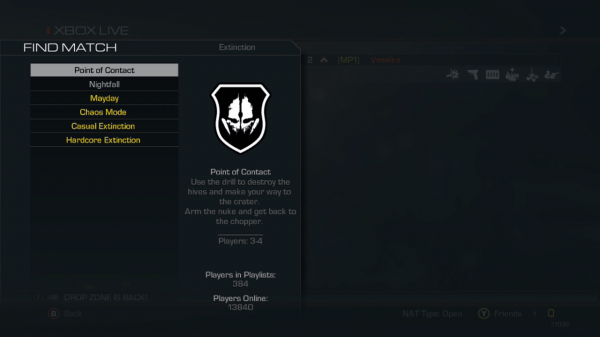 For those who don’t remember Chaos Mode was originally introduced in Call of Duty: Modern Warfare 3 as a frenetic Spec Ops variant pitting players against never ending waves of enemies. It tasked players with getting the highest score possible while chaining kills together to unlock small in-game power ups.

As of this writing, we’re seeing the new update live on Xbox Platforms, but have yet to see it arrive on PlayStation. The mode was added to the PC version of the game last week. Stay tuned more details about the update as they become available.

Titanfall is Only $37 In Amazon Daily Deal