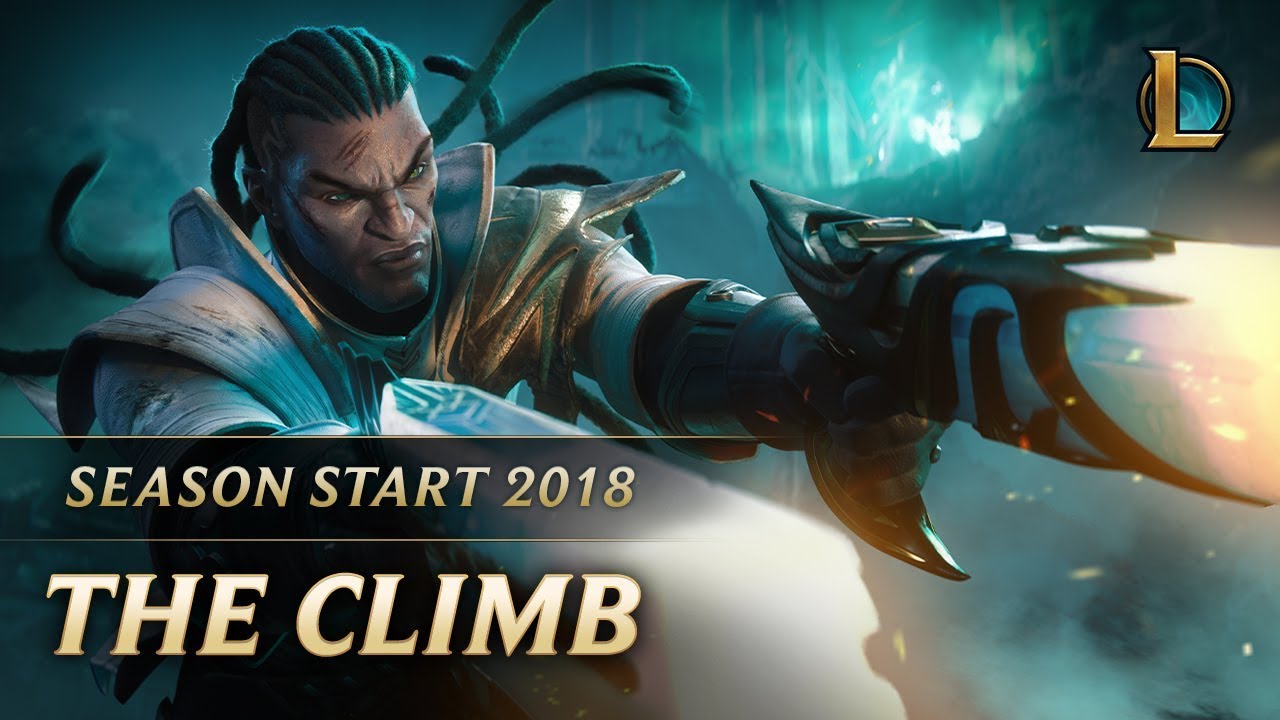 It’s not often that we get to see a new League of Legends cinematic. However, today is one of those special occasions, with Riot Games releasing “The Climb,” which celebrates the beginning of the 2018 season.

Enough chatter! Go watch it below:

As in previous seasons, your rank will be soft-reset at the start of the season: Your new rank will be based off of both your existing MMR and your performance in 10 placement games.

In Challenger tier, we’re removing the solo-only restriction in Ranked Solo/Duo. We saw that Challenger players were facing Master tier duos pretty regularly, which ends up making the queue less competitive overall (despite the original intention back in 2016), and also punishes duos on the upper echelons of Master for winning too hard. We’ll be monitoring how much this impacts the health of the queue over the coming weeks.

In addition to your tier, ranked rewards will have a requirement of Honor level 2 or above at the end of this season.

Like ranked, Honor resets with the season start as well. Honor level 3, 4, and 5 players get a scaling head start, and you can learn all the details over here. After that, it’s up to you to fight with Honor on your way up the ladder.

When the new season starts, you can once more earn Hextech chests for each champion by getting an S- or higher champion mastery rank in-game.

You’re definitely gonna want to do your placements early and stay Honor level 2 or above so you can participate in our new tournament experience, Clash.

It’s a pretty awesome cinematic, which should help get the community pumped for the upcoming season and improvements.

What did you think of “The Climb”? Let us know.

Battlefield 1943 PC Is Now a Reality, Thanks to Impressive New Mod