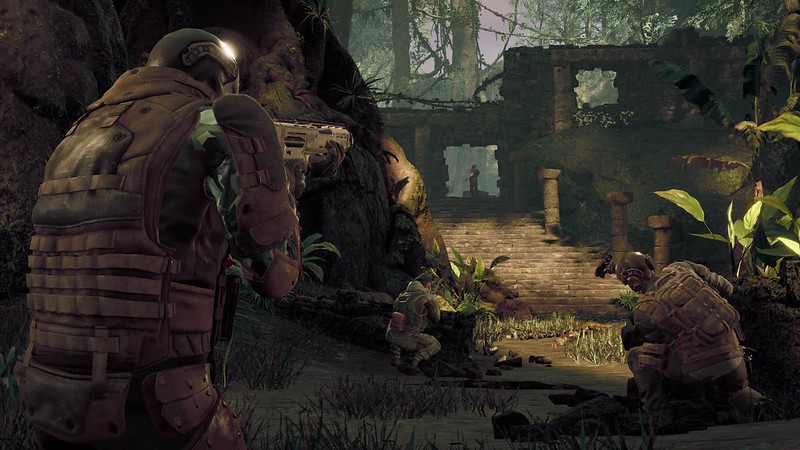 Predator: Hunting Grounds Announced for PS4, Being Developed by Friday the 13th: The Game Devs

In today’s State of Play by Sony, a new game based on the Predator movie IP was announced called “Predator: Hunting Grounds.” In development by IllFonic, which is the same studio that brought us Friday the 13th: The Game, Hunting Grounds is competitive multiplayer shooter that has one player playing as the Predator!

Check out the reveal trailer for this new Predator PS4 game below.

According to Illfonic CEO Charles Brungardt, Predator: Hunting Grounds is an asymmetrical experience, which is what Friday the 13th: The Game was. Over on the PlayStation Blog, Brungardt gave a quick description of the gameplay loop.

One group of players will control members of an elite Fireteam who pack state-of-the-art conventional firepower, from shotguns and SMGs to sniper rifles and more.

Meanwhile, one player will control the Predator: a stealthy, acrobatic killing machine bristling with exotic alien technology such as the infamous Plasmacaster.

As the Fireteam attempt to carry out paramilitary missions – annihilating bad guys and recovering important items – the Predator will be closing in, using its advanced vision mode to track and ambush its prey.

Hunting Grounds is set for release sometime in 2020, and once we know more, we’ll let our readers know.