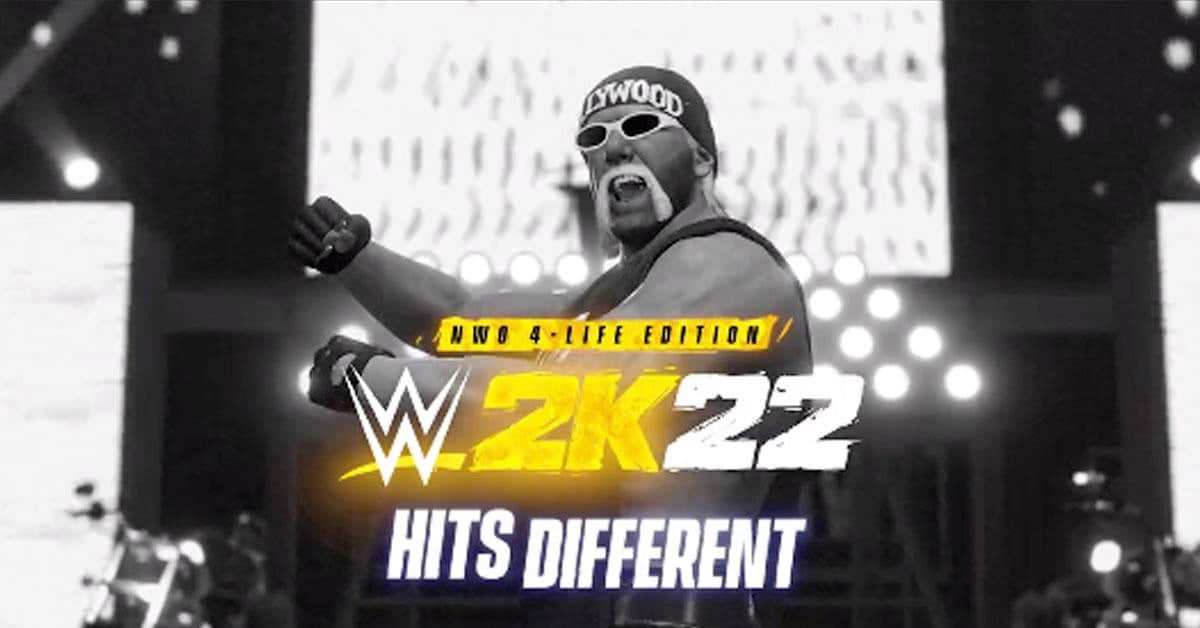 2K Games and Visual Concepts have now released a brand new WWE 2K22 trailer featuring the members of the famous nWo faction. Even though the trailer is short, we get glimpses of gameplay and their entrances.

The nWo-4-Life edition comes with the famous wrestlers of Hollywood Hogan, Scott Hall, Kevin Nash, Syxx, and even Eric Bischoff. You will also receive the WCW Souled Out 1997 and WCW Bash at the Beach 1996 arenas, as well as the nWo Wolfpac Championship.

Fans will be happy to know that all the wrestlers look realistic, and they all come out to the iconic nWo music. You can view the trailer below.

2K Games posted more details about the nWo-4-Life edition previously in a press release. You can read those details below.

“The nWo 4-Life Edition will be available for $119.99 for PlayStation 4, PlayStation 5, Xbox One, Xbox Series X|S, and PC in digital format. Celebrating 25 years of the faction that turned the sports entertainment world on its head, in addition to the Standard Edition, and all bonus content included in the Deluxe Edition, the nWo 4-Life Edition comes with MyFACTION EVO Cards and alternate nWo attires for Hollywood Hogan, Scott Hall, Kevin Nash, and Syxx plus a playable Eric Bischoff character, WCW Souled Out 1997 and WCW Bash at the Beach 1996 arenas, and the nWo Wolfpac Championship. Players who pre-order the nWo 4-Life Edition before March 8, 2022, will also receive early access to the game three days ahead of launch.”